Latest News
Home /Blog/REPENT AND BELIEVE IN THE GOSPEL
Hi everyone, here’s my homily for the FIRST SUNDAY OF LENT – FEBRUARY 18, 2018 – The readings for today’s Mass can be found at:  http://usccb.org/bible/readings/021818.cfm.  Thanks as always for reading, for sharing this on Facebook, Twitter, reddit and other social media and for your feedback and comments.  Hope you have a great week!  God Bless – Fr Jim 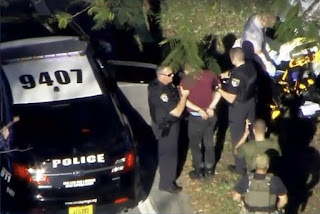 Like many others all over the world, I’ve been distressed by yet another mass shooting that shook the conscience of our country in a High School in Florida.  I struggle with such an extreme act of evil that killed 17, injured at least another 14 and has terrorized countless others well beyond the confines of the High School in Parkland, Florida.  To exacerbate matters, apart from the fact that we’ve gotten way too comfortable or used to hearing and normalizing horrific stories like this, the reactions we’re seeing is a lot more than just disappointing.  The blame-gaming… the finger pointing… the angry rhetoric that is said to be justified because these things have become a common occurrence… the politics of it all where some are taking our already fiercely partisan divided nation and attempting to hijack a massacre for their own talking points… it honestly depressed me a great deal.  When I started thinking of all the issues and questions such as gun control; mental illness; bullying; extremism… coupled with the reflections on different meetings that I’ve attended where we talk about how many young people continue to struggle with depression, stress, and anxiety (and how that’s depressing, stressing and making many of us anxious as well), it made me feel a little hopeless.  And I don’t think I’m the only one who felt that way.
That was very much on my mind when I kept going back to these readings today… Whenever we have some major horrific event, there’s always a temptation to allow our own personal biases, opinions and agendas to enter in. Yet, that’s not what a homily is supposed to be about.  I’m not supposed to be another talking head on a cable news channel, a politician giving a lofty campaign speech or an opinion writer.   The Church tells us that the scripture readings proclaimed at Mass are meant to be a dialogue between God and us- and the Homily is to try to open our ears and hearts to hear what God is saying to us… and how to connect He who is eternal, who is out of time, and He who never fails, to us here in this time and space. 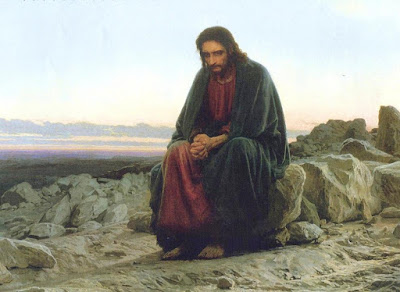 Every year on this first Sunday of Lent, we hear an account of Jesus being tempted in the desert.  It’s understandable if you feel like you might have just missed out on that in this brief passage.  Unlike Matthew or Luke who gives a much more detailed account of what happens between Jesus and the devil, Mark is incredibly succinct.  In as little as three words, we are told that Jesus was “tempted by Satan.”   It sounds so matter-of-fact that you almost get the impression that St. Mark is downplaying this encounter.
However, St. Mark approaches his entire Gospel as Jesus’ victory over evil in this all-important spiritual war.  So, far from trying to gloss over this episode, it’s more likely that Mark doesn’t want to even give Satan an opportunity to explain his twisted logic and distortions in Mark’s proclamation of the good news of Jesus.    Importantly, we can’t fall into the error of thinking that Satan’s not still an enemy that we have to fight.  Yes, Jesus defeated him spectacularly on the Cross and in His resurrection.  But we have to choose whose side we are on.  That’s the heart and soul of the last words Jesus speaks in tonight’s very short passage.
Too often we, or others, use these words “Repent, and believe in the gospel” as directed outside of the walls of this Mass, or our Churches – claiming that the problem is out there somewhere else.  If all those who are now outside were inside here, if they would repent of their pagan, unbelieving ways, everything would be all right…    But Jesus is speaking these words to us – to you and me.  Before we dare to be so presumptuous to say we have all the answers, all the fixes, and all the antidotes to every evil   afflicting our human family, we have to be sure that we’ve taken these words to heart ourselves.
When Jesus calls us to “repent” He’s asking more than just a quick examination of conscience;   it’s deeper than that…  We have to recognize the choices between the values of God and the values of this world… to see how those choices are made on a daily basis.  Over time these seemingly harmless choices add up to things which bring about and encourage life, and things that bring about and encourage death on every level – physically, emotionally and spiritually.    So this first Sunday of Lent, we’re challenged with the question – What is it that God wants us to confront in our own desert of 40 days?  In what ways has Satan tried (or has been successful) in tempting us not to follow God’s plan for us?    In what ways have my doubts, my discouragements and my fears undermined my belief that I am giving into the depths of hopelessness?  It’s in repenting of them, and believing in the supreme power of the gospel that God redirects each and every one of us in a unique, personal, individual way to not merely transform our hearts, our souls, our lives… but also help us do that in countless ways in the world around us. 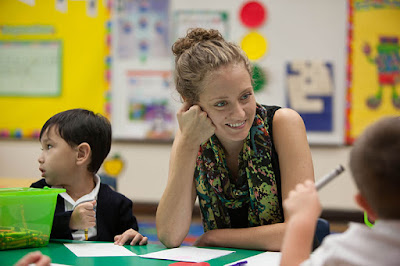 Friday afternoon I read an example of someone who is doing just that.  This fifth grade teacher after witnessing the horrors of Columbine in 1999 where 13 were killed and 24 others were wounded by two young men wielding guns and knives in their high school – she decided that every week, -every Friday afternoon – she would ask her students to take out a piece of paper and write down the names of four children with whom they’d like to sit with the following week and nominate one student who they believe has been an exceptional classroom citizen for that week. As she goes through these private ballots handed out to her, she’s not really interested in making a new seating chart or declaring a “student of the week” winner.  Instead, she asks herself:  Who is not getting requested by anyone else? Who can’t think of anyone to request? Who never gets noticed enough to be nominated?  Who had a million friends last week and none this week?   She explained that her purpose was to look for lonely children;  look for children who are struggling to connect with other children. To identify the little ones who are falling through the cracks of the class’s social circle. To discover whose gifts are going unnoticed by their peers. And she’s pinning down—right away—who’s being bullied and who is doing the bullying.  In her own creative way… in a way that’s not partisan or even overly religious, she’s very clearly being loving, caring, attentive, and compassionate and possibly redirecting people at a vulnerable age – shifting the very trajectory of their lives.
It’s easy to give into despair.  It’s easy to join in Satan’s favorite activity of being more divisive and indulge in mindless name-call, blame game.  In the face of the most recent horror of Parkland Florida, it’s almost understandable that we have gotten into the routine of feeling helpless or hopeless.  Rather than comforting us, Jesus calls us to action and reminds us we have no time for that.  We have got far more important things to do and time is running out. And we’re called to escape that mindset.  This is the time of fulfillment.  The kingdom of God is at hand.  Repent, and believe in the gospel...  It’s way past time for us to get serious and get down on some action that makes a meaningful and eternal difference.