Latest News
Home /Blog/#UsToo – SARAH SILVERMAN AND ASH WEDNESDAY
Hi everyone, here’s my homily for ASH WEDNESDAY – FEBRUARY 14, 2018 – The readings for today’s Mass can be found at:  http://usccb.org/bible/readings/021418.cfm.  Thanks as always for reading, for sharing this on Facebook, Twitter, reddit and other social media and for your feedback and comments.  Hope you have a great week!  God Bless – Fr Jim 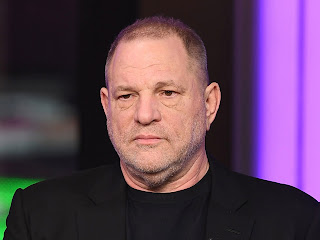 It seems like it’s been a lot longer, but the initial reporting which started an avalanche of stories surrounding celebrities and horrific stories of rape, sexual assault, harassment of women by men in positions of power only started in October of last year.  On October 5th the NY Times published a story about the allegations against Harvey Weinstein, one of the most powerful men in all entertainment as a film mogul and producer of countless movies and television shows.  These accusations were followed by a not well-received apology from Weinstein and him being ousted  from his own company.  Even more noteworthy was that in some ways the horrible episode empowered many other women to come forward and publicly and courageously say #MeToo as they recounted their own personal struggles dealing with similar horrific treatment by men who were respected journalists, celebrated actors, and accomplished media personalities.
It’s probably too early to tell exactly where and how these revelations will result in real, meaningful change where women are treated with the respect and dignity they deserve when auditioning for a role, competing for a job or simply in day to day interactions in the workplace with men in positions of power.   The #MeToo movement became #TimesUp and as awards season continues, there seems to be a groundswell of actresses and actors who are even using those annual events as an opportunity to come together to flush out this abhorrent and unacceptable behavior.
In the peak of this story though, when the allegations were coming out, followed by apologies, firings/resignations in such a rapid pace – to the point you couldn’t even keep up with it on a daily basis – there was one story in particular that really caught my attention.  Several women made complaints to the NY Times that the comedian Louis C.K. had also committed several acts of sexual misconduct.  Pretty quickly, Louis C.K. acknowledged that the stories were completely true.  He was fired by the network that ran his TV show, and he’s really not been heard or seen of since then.   What was different about this case though was the response that came from fellow comedienne Sarah Silverman.
Sarah Silverman started a monologue on her Hulu show I Love You, America, saying the growing wave of people “calling-out of sexual assault has been a long time coming… [and] “It’s good,” she said. “It’s like cutting out tumors: it’s messy and it’s complicated…”  This statement was undoubtedly hard though for Silverman since Louis CK had been one of her closest friends for a long time.  She said her initial reaction when people asked for a comment about Louis’ admission was “I really, really, really don’t want to [comment on this story]. I wish I could sit this one out.” 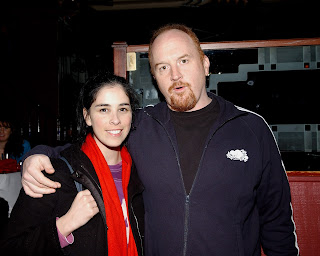 At the same time she acknowledged the painful reality that Louis C.K. “wielded his power with women in ways that were troubling and sometimes made these women feel they had to leave the field of comedy entirely.”   The courage that Ms. Silverman had shown didn’t end there either, She asked rhetorically: “I could couch this with heartwarming stories of our friendship and what a great dad he is, but that’s totally irrelevant, isn’t it? Yes, it is.”   After reading her heartbroken statement about the situation, what really hit me was this final point she made:    “I love Louie,” she said, “but Louie did these things. Both of those statements are true. So, I just keep asking myself, can you love someone who did bad things? Can you still love them?
For me that humanized all of the celebrities that are involved in this painful chapter of the entertainment history.  The reality of the ugliness of this abhorrent behavior.  The pain and justified anger the victims have experienced.  The confusion and sadness that friends, family members, colleagues, and fans of both the victims and those who committed these acts are going through right now.  And yes, even the pain that those guilty of these crimes, these behaviors are experiencing.  That’s what evil does… that’s the effects of sin… it hurts everyone in ways you couldn’t possibly imagine.  Which is why I appreciated Silvernman’s heartfelt question so much – can you love someone who did bad things? Can you still love them?
Because Ash Wednesday and the season of Lent that we begin today forces us to personally ask ourselves a similar question.  Not so much can we love someone who did bad things – (although that’s a part of it, when we deal with the difficult, but necessary call to forgiveness of others) – but Can we love ourselves who have done bad things.  That is what we are here to acknowledge as we receive these ashes on our forehead.  These ashes are a symbol reminding us that without the very breath of life from our loving, faithful, and generous God – if that breath  was removed from us, then all we would be is a pile of ashes.  And as those ashes are put on our foreheads we hear the words “Turn away from sin and be faithful to the Gospel.”  We need this symbol. We need to hear those words because the truth is, we all fail, we all fall short, we all sin…  So we’re here to be honest with ourselves to recognize that we haven’t always been thankful for this gift of life; we haven’t utilized all the tremendous gifts and talents that God has entrusted to us in a way that glorifies Him, ourselves or others. 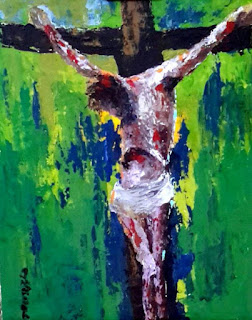 That is not exactly something that anyone would enjoy acknowledging.  Particularly in a world where personal appearance, and image are so important.    Yet when we look closely, the scars we’ve left on others, the wounds we’ve caused on ourselves -all of those things, are the results of our sins, are there.   And that can be a harsh realization.

But we can – no check that – we should in fact love ourselves – despite that harsh realization.  Because that’s why Jesus came in the first place.  Jesus’ whole purpose for leaving the perfection of love and life with the Father and the Holy Spirit in Heaven was to come to each and everyone of us personally and individually to tell us that God does indeed love us as well – even when we’ve done bad things.  He’s never “done” with us.  In fact, that’s precisely why Jesus has come – to save us from sin and death.  There’s never a moment when he’s run out of patience with us.  He loves us.  Jesus has come to save us from those bad things that makes us forget how loved we are… that makes us not want to love ourselves.
The Lord lays out the map on how to learn to love ourselves in today’s Scriptures: The Old Testament Prophet Joel teaches us: …return to me with your whole heart, with fasting, and weeping, and mourning; Rend your hearts, not your garments, and return to the LORD, your God. (Joel 2:12) St. Paul follows up with: We implore you on behalf of Christ, be reconciled to God concluding: Behold, now is a very acceptable time; behold, now is the day of salvation.  These passages set us up to hear this Gospel message where Jesus once again calls us to intentionally move away from our self-centered pursuits and instead embrace the call to Fast – to Give Alms – to Pray… not only for those who have harmed us, but for the harm that we have caused through our own bad choices our own selfishness.  When we do these things, we are participating in the pure love of God.  We are doing something for someone who has no way of repaying us.  [For more information, check out our weekly bulletin at www.MSUNEWMAN.com ]
These are the basics… it’s up to us to see that NOW is the acceptable time NOW is the day of salvation to personalize those basics and to do something to make this Lent a meaningful time where we confront the reality of the sins we’ve committed; the pain it has caused in the lives of others and to ourselves.
Sarah Silverman ended her thoughts on Louis C.K. saying  “I hope it’s O.K. if I am at once very angry for the women he wronged and the culture that enabled it. And also sad, because he’s my friend. But I believe with all my heart that this moment in time is essential. It’s vital that people are held accountable for their actions, no matter who they are. We need to be better. We will be better.”

Lent provides us with the same opportunity to explore the depths of our souls and hold ourselves accountable for our own actions.  It’s not easy, but God lovingly and patiently wants to meet us as we begin this difficult task.  With the cross of Jesus traced on our foreheads to remind us the lengths to which he has gone for us to save us from our sins.   That is the good news today…   Jesus walks with us on this journey of repentance and renewal – as we recognize that we too need to be better for ourselves and for the world around us… and with His grace, we will be better.