Latest News
Home /Blog/JOEL OSTEEN AND MAKING SENSE OF SUFFERING
Hi everyone, here’s my homily for the FIFTH SUNDAY IN ORDINARY TIME – FEBRUARY 4, 2018 – The readings for today’s Mass can be found at:  http://usccb.org/bible/readings/020418.cfm.  Thanks as always for reading, for sharing this on Facebook, Twitter, reddit and other social media and for your feedback and comments.  Hope you have a great week!  God Bless – Fr Jim 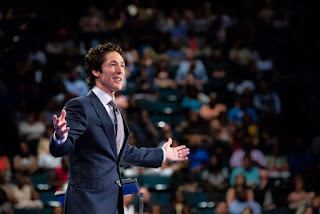 HOMILY:
Not too long ago, I bumped into a friend of mine from High School that I hadn’t seen in a long time.  We had kept up with each other’s lives basically through Facebook, so he knew that I was a priest.  That’s usually an interesting thing.  Friends of mine from growing up often feel more confident to talk to me in an incredibly frank way about their thoughts about religion without any real provocation on my part.  So the conversation went from “Hey Joe – man good to see you… what are you up to…” To him asking pretty quickly, “Hey so what do you think about Joel Osteen.”
Joel Osteen – for those of you who don’t know – is an immensely popular Pastor.  He’s an author of a bunch of best sellers.  I think his Church in Texas is a former stadium or something and they get something like over 20,000 people in person every weekend.   Osteen’s services, and sermons are heard on Satellite Radio on his own channel, and numerous Television stations – reaching millions around the globe – including my friend Joe, who, is a big fan and listens to him every week.
I explained that I’ve listened to Pastor Osteen a bunch of times – maybe a dozen or so – and found him to be incredibly charismatic, optimistic and very gifted communicator.   I mean he preaches for a solid half hour without any notes in front of him, so that in itself is impressive to me as I need to have my thoughts written out.  From what I heard and have seen on his twitter feed – most of his preaching can be categorized as “prosperity gospel”, meaning that he believes that God always wills financial blessing and physical well being for His children – and if we are faithful to Him, those blessings will manifest in our lives.   On New Year’s Eve, this friend shared Osteen’s tweet that summarized this theme of prosperity Gospel:  Let this sink down in your spirit; your due season is here. Promotion is coming, increase is coming, good breaks are coming. In this due season, your cup is going to overflow. We wish you and your family a #HappyNewYear
It’s not hard to see why Osteen is immensely popular.  He’s tapping into those universal human desires for wealth and health.  It’s true that God does desire those things for us.  Its how things were going for all creation in the Garden of Eden before sin entered when Adam and Eve decided, at Satan’s insinuation, that what God had prepared for them wasn’t enough. As a result, they rebelled against God – and sin entered into the human existence.  And unfortunately that reality – that sin has affected, or rather afflicted humanity ever since. 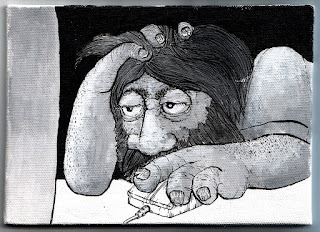 That’s why when we hear those words from that first reading, from the book of Job in the Old Testament; they must resonate for a whole lot of people.  Is not man’s life on earth a drudgery? That probably caught a lot of people’s ears who don’t necessarily expect to hear such negative (but real talk) in Church.  Job has more than one reason to complain.  At this point, he has experienced catastrophic losses of wealth, health, family and friends– rather too suddenly.   His so-called friends are trying to debate with him and convince Job that he must have done something to spark God’s wrath – that all of his woes have to be the result of some unknown sin.  Job rejects that premise – he knows in his heart that his conscience is clear.  But he’s sure sounding pretty beat up tonight.  As he continues…. “I have been assigned months of misery… troubled nights have been allotted to me…I shall not see happiness again.”  Job’s story puzzles readers for a whole bunch of reasons.  Despite this, (spoiler alert) Job will never curse God for what has happened to him, he remains faithful despite his profound misery.  Even when he gets the opportunity to speak directly to God, God’s answers to his questions are far from answers.  Yet, Job continues to praise and bless God.
Then in the Gospel tonight… we hear about Simon-Peter’s mother-in law (yep, you heard that, St. Peter was a married guy…topic for another day) who is suffering from a fever – which in the ancient world was a serious thing that more often than not meant that someone was dying.  Jesus instantly heals St Peter’s mother in law.  And we read in the very next paragraph, He cures many townspeople as the Gospel describes it “who were sick with various diseases.”  Jesus is able to miraculously heal their pain at that very moment.  But those physical cures are not forever.   Jesus leaves the town.  And at some point, Simon-Peter’s mother, and everyone else, who had experienced such great miracles, would again be vulnerable to suffering, endure illnesses, and experience death.
We tend to forget that it’s a fate that Jesus himself would not avoid.  Jesus too would be in pain as he witnessed other people’s pain.  Throughout the Gospels, we see instances of how his heart is moved with compassion when someone experiences loss, or pain, or misery.  Ultimately, He would choose to experience every aspect of human suffering, unimaginable pain in mind, body, spirit and heart – on the cross.  We have no idea about this kind of pain, but we know that it was done for a purpose.
So this is where the divide often comes between those who follow the prosperity gospel and our perspective as Catholic Christians.   We often ask the deeply challenging question, does our pain also have a purpose?   That’s one of the toughest questions people of faith are left to struggle with.  When we look at the crucifix, we can almost romanticize it.  We can see it as beautiful – which it is for us, the beneficiaries of that supreme act of love.  But when we’re in the midst of that – our own “crucifixions” – when we’re suffering ourselves, it’s not all that pretty. 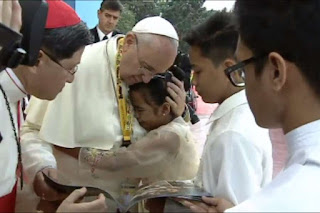 A couple of years ago, Pope Francis was in the Philippines, visiting hundreds of thousands of people who were touched by the devastation of the typhoons.  At that visit, a 12 year old asked the Pope “why so much suffering?”    He basically admitted in tears that he didn’t have an easy answer for her or for any of us.  On another occasion though, he explained “Faith is not a light which scatters all our darkness, but a lamp which guides our steps in the night and suffices for the journey.”  Then, he continued with a point that has been of great comfort to me in times of trial:  “To those who suffer, God does not provide arguments which explain everything; rather, his response is that of an accompanying presence, a history of goodness which touches every story of suffering and opens up a ray of light…”
Sure, everyone of us, to some extent desire health and wealth… And I know God desires that for all his people.  But in our  far from perfect world, where sin still affects and afflicts us on a personal level and global level, the majority of us might not be experiencing those things. That doesn’t mean He’s not blessing us – nor does it mean we’re doing something wrong and are being punished for it.  For people of faith, we are called to recognize that the things we struggle with in this life aren’t supposed to be the end. Often times they can prepare us for our work on earth and our ultimate home in heaven. That’s not an easy thing to accept.  We prefer the health and wealth now… and with those realities out of our reach, it’s hard to imagine what eternal life will be like with no pain. That’s when we will be completely healed and not just momentarily, but forever.   For now though, Jesus  calls us, sometimes through pain, to follow Him wholeheartedly.
Because in the end, for Job, for St. Peter’s mother in law, and for everyone who experienced a miracle cure – the deeper, the more important miracle wasn’t these instances where their pain was taken away in a dramatic moment that blew everyone’s mind.  The more important thing was the strengthening of their faith, the confidence that came from experiencing God’s mercy in the midst of their pain – and being called to follow Him who wouldn’t simply suffer so we can commiserate with Him.  Rather, the one who would rise from the dead would overcome all that suffering and pain and experience the glorious New Life.  So Jesus calls us to follow Him.
Follow Him when we mourn…
Follow Him when we weep…
Follow Him when we feel alone and abandoned…
Follow Him when we are in agony…
Follow Him when we in pain…
Follow Him, knowing that He hasn’t ceased reaching out to us, that he hasn’t abandoned us… He is the all-powerful, omnipresent God who sees me. He knows every minute detail of our pain. He sustains us in our weakness and promises us that if we continue to follow Him, He will do far more than merely blessing us individually with prosperity, promotion or short term gains here and now.  Rather- we will be able to conquer all suffering and death, eventually experiencing eternal life with Him in His loving presence.