Latest News
Home /Blog/IMPERFECT PEOPLE – PERFECT MESSENGERS
Hi everyone, here’s my homily for the THIRD SUNDAY IN ORDINARY TIME – JANUARY 21, 2018 – The readings for today’s Mass can be found at:  http://usccb.org/bible/readings/012118.cfm.  Thanks as always for reading, for sharing this on Facebook, Twitter, reddit and other social media and for your feedback and comments.  Hope you have a great week!  God Bless – Fr Jim 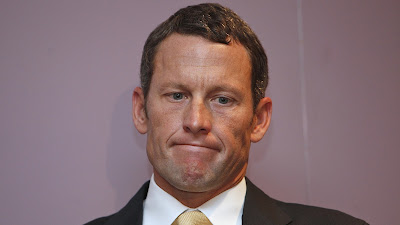 HOMILY:
Wednesday must have been a slow sports news day – because seemingly from out of nowhere came this headline: “The truth cost Lance Armstrong $100 million… and everything else.”  For those who might not remember, Lance Armstrong was a professional road racing cyclist – who had competed and won in all kinds of world-championship races, when in 1996, he was diagnosed with what was considered a potentially fatal form of cancer.   He publicly fought the disease courageously and inspired millions around the world with his “Live Strong” foundation (people still wear those yellow wrist bands that he made famous). After recovering successfully from cancer, he returned to his previous passion for competitive racing and went on to win an unprecedented 7 Tour De France’s.  He was the epitome of the feel-good story: being an inspiration to both athletes and to people struggling with illnesses. However, in midst of his successes, rumors that he was consuming some forms of banned substances kept circulating.   For years, he denied such accusations. In addition to publicly denying them, he started to sue people and counter-attack those who mentioned that he hadn’t won those medals and titles in an honest manner.
Well, finally, in 2012, it was concluded that not only was Armstrong doping throughout his career, he was also the ringleader of the “most sophisticated professionalized and successful doping program that sport has ever seen.” He finally admitted to Oprah Winfrey in an interview a year later that he had taken banned substances in his career.  As a result, he was banned from all professional sports…   The Live Strong foundation, which he helped create and continued to lead and support, severed all ties with him…   He lost every endorsement deal he had and now lawsuits are piling up against him as reporters, former partners, and other cyclists who had publically stated their suspicions that Armstrong was cheating claim that their careers were ruined by Armstrong’s counter (and now, known to be false) attacks.   USA Today says that Armstrong reports that his saying “Yes” to Oprah’s question, “if he had taken banned substances in his career,” has indeed cost him over $100 million – not to mention his reputation, his career and many of his friendships.
This story has always bothered me more than other “juicing in sports” stories.  On one hand, other people who did similar things seem to be doing okay (Alex Rodriguez ‘A-rod’ comes to mind). They get a suspension, they come back and they’re still making millions as athletes or sports commentators. I get that there are more and different details to this story and so, such a comparison is probably unfair.
Maybe why it bothered me so much is because Lance Armstrong was a hero to me, and I’m not even a cycling fan…  He was a hero because he was a living, breathing example that just because you’ve been diagnosed with a serious illness, it doesn’t mean that life should be treated as a death sentence – and even more that, you can and should fight the situation and try to come back even stronger.  His winning the Tour De France wouldn’t have mattered to millions upon millions who were already inspired to see the guy get back on that bike, when a few years earlier they didn’t think he’d even be alive. Why did he think he needed to be perfect to share, what in many ways was already a perfect message?

I guess we can ask ourselves the same question from time to time. Because it’s the reason some people shy away from important calls, important tasks… It’s the reason others spectacularly fail. We might get intimidated by what’s being asked of us – or we tend to become so delusional at our being on task at something that we lose all sense of humility about who we are.
In today’s Gospel, we have Jesus beginning his ministry by announcing good news. “The Kingdom of God is at hand. Repent and believe the good news.” What is this good news?  That forgiveness is available and that recovery is possible.   That one can find one’s true self even after a disastrous fall, or maybe precisely through the fall itself.   That fall can be a lot of things – a failure in work, in school; the breakdown of a relationship; a serious personal sin – whatever it is, it may be exactly what we need to open our eyes to our true selves.
It’s telling that Jesus had entrusted this good news to be conveyed by those who would testify to that reality in their own life stories.   Every single one of these men that Jesus calls would be less than ideal, and far from perfect.  Every single one of them would have their own failures and sins (some in spectacular fashion) – some recorded in scripture for all of human history to be able to read for themselves; some that are hidden from us, but must have been very memorable to them in the deepest recesses of their hearts and souls.  Yet Jesus called them.  He utilized them, as they were – imperfect men to deliver His Good News – a message of perfect love. 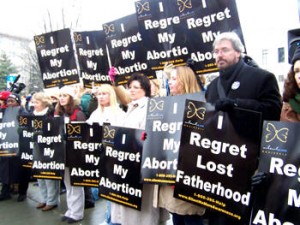 The same is true for us in our day and age.   Just this past Friday that hit me, being at the March for Life.  This March is the largest, annual event to call attention to abortion being one of the greatest human rights violations of our time.  And at the March for Life, they very movingly included testimonies from women who have had abortion or participated in them and now want to help other women: women who’ve had abortions and are suffering and need healing; women who are considering ending a pregnancy and feel alone, scared and feel unable to bring that child to life (they also are trying to help men who are suffering because of abortion as well – who recognize that they failed in their roles as being fathers to these children; failed in being supportive to these mothers confronted with such a horrific choice).  Just hearing the amazing number of stories of how people are joyfully and lovingly taking something from their past and not letting those wounds, the  sadness and pain of that trauma define or defeat them, but motivate them and transform them and countless others was inspiring and moving.  They communicate in a profound way, they give witness to this the

first and greatest blessing, greatest gift we all share: life.

That’s just one example.  Sadly in a broken world, where people are suffering with all sorts of struggles – addictions, depression, failures – all things that isolate and weigh people down, God wants us to experience His love, His healing, and the freedom that comes when we experience His embracing us in our brokenness.
In one of the saddest parts of the Lance Armstrong story, they observed that many of his closest friends have become his enemies. The reporter from USA Today concluded their story by asking Armstrong if he had any comment about the people he has wronged and the apologies that some felt haven’t come.  He said “No comment, and no need to ever contact me again.”     I hope that will change.  I hope that won’t be his last comment or the last we’ve ever heard from him.  Because he still has much to offer, much to share, much to learn from.    And we need to learn from each other and not forget our falls and failures either.   Not so we wallow in them or tear each other down because of them.   Rather so we can experience this good news that we are not forever the prisoners of our past. We are loved by God.   Sometimes God even allows a fall to help us see ourselves as we truly are.   But God’s love, mercy, and forgiveness remains readily available to us if we are open to receive them.   Yes, we are sinners but we are forgiven sinners.  He wants us to believe and experience that… and then as the disciples did back then,  today, as imperfect men and women to share that same hope to others still struggling… to bring His perfect message of Good News to the ends of the earth as we become his “fishers of men.”