Hi everyone – here’s my homily for the THIRD SUNDAY OF ADVENT – December 17, 2017.  The readings for today can be found at: http://usccb.org/bible/readings/121717.cfm.  Thanks as always for stopping by to read this blog; share it on Facebook, Twitter and Reddit; and for your feedback and comments.  Appreciate the thousands of people who stop by week to week to check this blog out.

Quick commercial – Would greatly appreciate it if you would consider supporting the Newman Catholic Center at Montclair State in our Annaual Christmas appeal.  You can read about it at  http://www.msunewman.com/appeal .  Many thanks for your consideration! 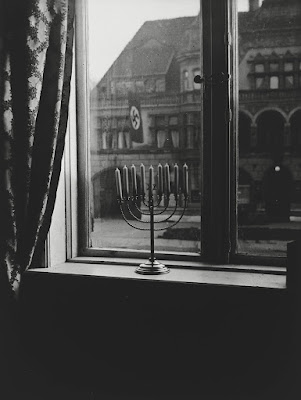 HOMILY:
Growing up, my Jewish friends and I would invariably get into the annual “who’s got the better holiday” competition between Hanukkah and Christmas around this time of the year. They would share cool stories of how during the second century BC, a group of Jews, known as the Maccabees, led a fierce revolt against foreign invaders after which, they rededicated the temple. The Maccabees only had enough oil to light the unique candle holder called the menorah for one day. Yet, that small supply miraculously burned for as many as eight days. As a result, my lucky Jewish friends would get gifts for 8 nights… in contrast to us Christians, who would get our gifts only on Christmas day (or Christmas Eve and Day). Thankfully, we observed that by day 6 or 7, as their gifts usually included socks or underwear; we felt we had it better. In hindsight, neither my Jewish friends nor my Christian friends (myself included) ended up getting deprived. For the most part, that summed up my memories and appreciation of Hanukkah.

But this past Tuesday night, as Jews all over the world geared up to celebrate the first night of Hannukah, there was this striking photo of the menorah that floated on the internet, which I had never seen. The thing that initially caught my attention was that it was in black and white. These days, we’re so accustomed to colorful photos, videos, GIFs that the sheer simplicity of it made you want to stop your thumb from scrolling and pause -and then, when you began focusing on the picture, you could clearly see the Nazi flag in the background.

The picture linked to a story in the New York Times that explained how this picture came from the home of Rabbi Akiva Posner and his wife Rachel. To the Posners, the holiday and equally importantly – this display – was more important than my friends may have led me to believe. Since this glorious miracle first took place all those centuries ago, Jews were directed to publicize this miracle – in order to make sure people would be able to see it clearly across marketplaces or through the windows of their homes. It was a very clear sign of how God was with His people all along. However, in times of danger and persecution – which, sadly, the Jewish people have not been alien to – they were told that they could light the candles in private.

The Posners would forgo that loophole as the rise of Nazism ended up having a firm grip on their homeland. On the eve of the Germans’ attempt to exterminate the Jews in the Holocaust, which resulted in the murder of a staggering 6 million Jews (which is equivalent to two-thirds of the entire Jewish population), they had the courage of conviction to proudly exhibit their menorah in public for the world to see. Rachel Posner had taken this photograph as she scribbled on the back:

“‘Death to Judah’ so the flag says,
‘Judah will live forever, so the light answers.”

What is it that gave the Posner’s the supernatural faith – the elusive conviction – that they had the courage to remain defiant in the face of an overbearing evil that threatened to consume them all? We get some idea of what nourishes that kind of faith in our first reading today. Isaiah represents one of the most important prophets to both Jews and Christians alike. In this passage, he’s speaking to his fellow Jews who are struggling on multiple counts. They’re struggling because God had given them 10 commandments – commands meant to safeguard their own happiness; commands meant to specify how to be in an appropriate relationship with God and with one another. The Jews back then (just like you and I today) often found it difficult to follow these commandments with sincerity. As a result, they were struggling to deal with the ramifications of their bad choices (all actions have consequences, whether we like it or not). They were also struggling with the fact that they had lost their homes; they had been enslaved; they had also withstood brutalities, abuses and humiliations. And now, when they had finally broken free from the shackles of pain and suffering and were excited about their homecoming, they found their home in utter ruins. In that moment of trial they once again they had to have doubts our questions or fears asking Where are you God? 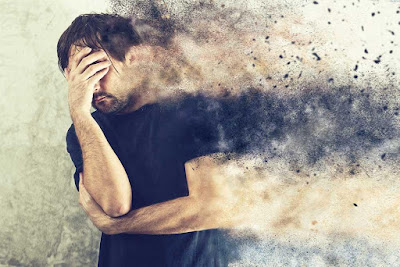 Here’s the thing. God does look after His people. He never forsakes them even when He appears to. His people will not be defeated. And so we heard tonight that it is God who sends Isaiah to “bring glad tidings to the poor, to heal the brokenhearted, to proclaim liberty to captives, and release to prisoners… to announce a year of favor from the Lord and a day of vindication by our God.” God will save his people, no matter what. To those who were experience all of those sufferings, this reminder that God was with them is what enabled them to begin that long, difficult process of rebuilding. And the Jews, who St. Pope John Paul II beautifully referred to as “our elder brothers and sisters in the covenant” have had the courage to believe these prophecies; quite remarkably, they have taken solace in them during times of struggle (and continue to do so even to this day) trusting that God would always remain faithful to their covenant: Judah will live forever, so the light answers…

This Third Sunday of Advent, we have to recognize the undeniable fact that the battle between good and evil continues unabated. There is still plenty of suffering for God’s people, including us, the children of the New Covenant. But we also have with us, a beacon of unshakable hope and everlasting peace. John the Baptist poignantly points at the light. It is the light of good which conquers evil with love; the light of love that overcomes hatred’; the shining light of life through which we are eternally led out of the clutches of darkness and death; the light that emboldens us to live forever with our Lord. Yes, it is that light which fulfills all those beautiful, uplifting words of prophet Isaiah and breathes life into them as he points to Jesus the Christ (which means “anointed one”) 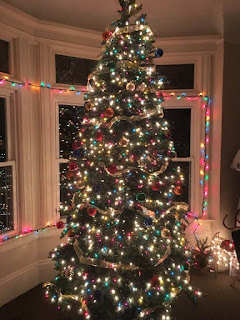 Just like our Jewish brothers and sisters are mandated to boldly proclaim the miracle of the festival of lights of Hanukkah, John the Baptist has given us certain tasks to perform with utmost conviction: we are to carve a straight road for Christ and transform the parched deserts around us into bountiful harvest of peace; we are ordained to make the light of His comforting presence through our lives known to all. Thats not just an Advent – Christmas thing, that’s an every day thing as His disciples. But in a special way, this time of year, where physically we experience a greater amount of darkness each day, which seems to reflect many’s personal experience or view of the world, its no coincidence that both the Jews and we Christians celebrating holidays that incorporate light in our displays and decorations. That’s not just to make things look nicer in a drearier season. That’s meant to shift our perspective a bit, as Pope Benedict once challenged us when he said: Let us remember in particular, as we look at the streets and squares of the cities decorated with dazzling lights, that these lights refer us to another light, invisible to the eyes but not to the heart. While we admire them, while we light the candles in churches or the illuminations of the crib and the Christmas tree in our homes, may our souls be open to the true spiritual light brought to all people of good will. The God-with-us, born in Bethlehem of the Virgin Mary, is the Star of our lives!… May this Star of light that never sets communicate to us the strength to follow always the path of truth, justice and love!