Latest News
Home /Blog/CHRISTMAS DECORATING DEBATES
Hi everyone – here’s my homily for the FIRST SUNDAY OF ADVENT – December 3, 2017.  The readings for today can be found at: http://usccb.org/bible/readings/120317.cfm.  Thanks as always for stopping by to read this blog; share it on Facebook, Twitter and Reddit; and for your feedback and comments.  Appreciate the thousands of people who stop by week to week to check this blog out.

Quick commercial – Would greatly appreciate it if you would consider supporting the Newman Catholic Center at Montclair State in our Annaual Christmas appeal.  You can read about it at http://www.msunewman.com/appeal .  Many thanks for your consideration! 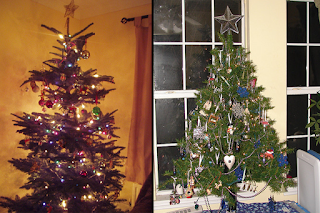 HOMILY
It’s the most wonderful time of the year – but unfortunately that doesn’t mean there’s no debates or controversies this time of year. Especially when it comes to Christmas decorating. That’s not necessarily a new thing. Growing up I remember the family disagreements: A real tree or a fake one? Star or angel on the top? Multi colored lights or all white? And then there’s one that many Catholic families argue over – when do we put the baby Jesus in the nativity scene – now or wait till Christmas Day?

Those who want to wait till Christmas Day will say that this is a way to highlight the importance of Christmas Day and to distinguish it from the season of Advent that we’re in from tonight until Christmas Eve.

Actually there are some who argue that we shouldn’t decorate for Christmas at all until Christmas Eve or a day or two around so that we do honor this season of Advent where we talk about preparing to meet the Lord rather than focusing on the Christmas season we celebrate when Jesus was born and God becomes man in that historic birth into humanity. 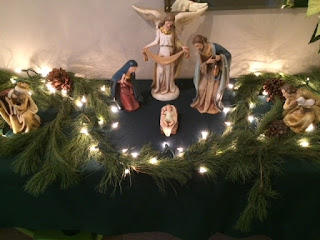 At Newman Catholic I made the executive decision years ago to decorate for Christmas right when we get back from Thanksgiving break. Mostly because you guys are surrounded in a secular environment that seems more hospitable to a made up holidays like “Festivus” (from “Seinfeld”) where the only decoration is a metal pole and people can gather together for an airing of grievances about one another. On campus there’s a resistance to Christmas because they try to keep away from anything even remotely religious… MAYBE Santa would be okay… I don’t know if that would be a trigger though for some. Anyway, I digress…

So at Newman, we “deck the Halls” to help as you enter the most stressful part of the semester (you do realize Finals are two weeks away) and because you will be gone after December 19th, so we can celebrate some of the Christmas Season with you all. And, yes, Baby Jesus is already in our crib. For a couple of reasons. First off – it’s not like we don’t know the story – how this is going to go that we would need to put up a sign before walking pass our Nativity scene saying “Spoiler alert” – for the most part, people know that Jesus was born to the Blessed Virgin Mary in a manger on Christmas. So why not proclaim that message? The other thing is if we truly believe that the Bread and wine at Mass becomes Jesus’ Body and Blood in the Eucharist – and that the Eucharist is reserved in that tabernacle in our Chapel – then why do people get so hung up on a statue? We can’t put his 3-d baby picture out until his birthday? I mean, we all know that Jesus is here already… right?

Maybe that’s where the controversy lies.

Maybe that is what is at the center of the debate that people have about celebrating Christmas in public at all. People are dealing with a lot of crazy stuff; people are suffering a lot all around the world; people are dealing with doubts and lack of trust, and so people want to ask “Jesus where are you?” Maybe we are some of those people as well – maybe we want to join in and asking or demanding “God show yourself to us!”

Very controversial… actually not really. If you listened carefully to that first reading from Isaiah, who is considered one of the most important prophets to both Jews and Christians, then you might recognize we’re in good company. Because that’s basically what Isaiah is asking. In today’s reading to give a little context the Babylonians had kicked the Jews out of their promised land and kept them in exile for decades and now they are returning home. And they find their hopes and dreams of this return decimated. The economy, the legal systems, the city, and most especially – the Temple was ruined. So Isaiah speaks for his fellow Jews – Where is the God who parted the Red Sea for us? The Father who provided manna (the bread) to fall from the sky to nourish us? The Lord who gave us the commandments and entered into covenant with us? God, you who have done so many wondrous things… where are you??? We need you… 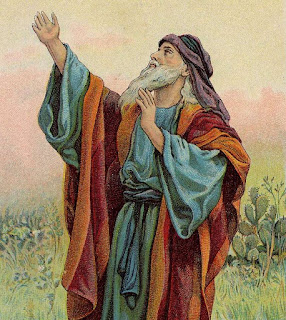 But there’s one major difference between Isaiah and so many of us in contemporary times asking where is God: Isaiah recognizes that as much as his fellow Jews might want to pin the blame on God for their predicament, Isaiah knows better…as he reflects in this back and forth between pleading and reflecting: we are sinful, all of us have become like unclean people, all our good deeds are like polluted rags… we have all withered like leaves, and our guilt carries us away like the wind. But Isaiah’s not without hope. He’s not defeatist. He remembers that God is the potter and we are the clay… God is our father, our redeemer. And so Isaiah’s calling out isn’t in anger, or rage in wanting God to show Himself as if he doubts God’s existence or presence… He calls out with faith, and hope – Oh that you would rend the heavens and come down… with the mountains quaking before you…
These are the first words of scripture as we start this season of Advent – a whole Church season that is meant simply but profoundly to remind us that “God Comes.” God comes to us here and now… God comes at the end of time to judge all humanity… and God comes and enters into Human history with the birth of Jesus Christ at Christmas. Those three comings are the heart of the season of Advent. So as Christians, as we hear Isaiah with those hopes and dreams, we realize they have been realized – that those heavens have been rend-ed in Jesus…

And that’s why Jesus in the Gospel responds to that desire for God to show himself with the word WATCH… He’s saying pay attention… Look at the world around you with the eyes of God. Watch for the hand of God – Pay attention to His voice… His love in every joy and sorrow, in every pain and trauma, in every victory and set back before us.

Whether it’s seeing the babe in the crib which reminds us of His first entry into human history, or it’s His voice in these scriptures, or His body and blood given to us to eat and drink – this season of Advent is meant to reawaken the belief  that God’s coming has transformed all human history…  And He has given you and I a place in this history.  We have a role, we have a responsibility to prepare for His coming not just on December 25th  – not just at the end of time – but here and now.

How are we going to do that in this most wonderful time of the year?  Will we take steps to help the poor, the suffering and find ways to attend to their needs with at least a fraction of the same energy that we put towards our Christmas shopping?  Will we maybe give up 20-30 minutes of our facebook or netflix or instagram wasting of time for some prayer, reflection – (….  ) Will we instead of simply reading up on the latest celebrity/political/famous person’s grotesque transgressions and think how much better we look in comparison, take some time to do a thorough examination of conscience to see how my sins have made me unclean – but not wallowing in that – and instead go to Jesus and make a Good confession this Advent to be made clean.    These are some ways we “Watch” for his coming.  These are some ways that we prepare for Him.  These are some ways we welcome Him into our fears, our doubts so that He can bring the completeness and wholeness, the healing and freedom we long for.  And in that, this season of Advent prepares us to truly experience a Merry Christmas.