Hi everyone here’s my homily for NOVEMBER 5, 2017 – 31st SUNDAY IN ORDINARY TIME. The readings for today can be found at http://usccb.org/bible/readings/110517.cfm Thanks as always for reading; for sharing this on Facebook, Twitter and Reddit; and for you comments and feedback. Appreciate the support – God Bless, Fr Jim 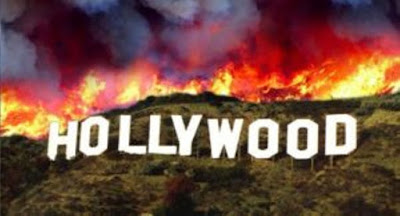 That’s exactly how one person described it to another on the line at Dunkin Donuts the other day. I couldn’t help but overhear the two talking about the latest development in what seems to be an ever growing list of revelations of horrible stories emanating from Hollywood. A few weeks ago, several actresses publicly shared stories of how they were sexually harassed, assaulted – and in some instances – raped by a powerful Hollywood producer… which seemed to have opened up a flood gate of actors and actresses who have been sharing similarly heart wrenching stories… including instances when they were children. The scandal, (not sure if that’s the right word… perhaps plague describes this horrifying phenomenon more accurately) – was also revealed to be prevalent in other sectors of media, given that news agencies are apparently having reporters make similar allegations against their superiors on different networks or news rooms.

What makes this even more shocking- beyond the disgusting depravity of so many high-profile individuals – is to see in these world renown centers of creativity like Hollywood or what was thought to be other prestigious institutions like the news media where so many of these instances occurred for years are now only coming to light. Hollywood, which is often thought to be a dreamland of fantasies for so many aspiring actors and actresses, along with the News industry – which is said to be the beacon of light that holds those in power accountable – have suffered deep-rooted self-inflicted wounds the damage which, will be hard to assess.

I understand why my fellow coffee drinkers feel the way they did that they would say “There’s no heroes anymore.” Particularly as a Catholic Priest. It’s been more than 15 years since the clergy sex scandal was exposed to the public. The sheer number of cases throughout the country, the grotesqueness of accusations, the cover ups – not only reeked of a horrific scandal; it actually scandalized so many of us when we realized how many people in authority within the Church acted horrendously and with such impunity, made evil choices, with some being calculated and trying to cover things up to others who proved to be grossly incompetent. 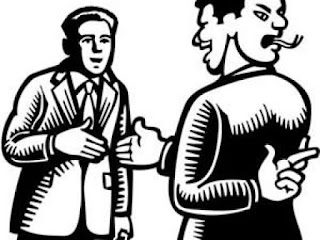 It’s hard not to read this Gospel, and for some of these, and I’m sure countless other examples come to mind. We hear Jesus excoriating people who thought of themselves as superior to others; who humiliated others as a way of stroking their sense of superiority…those who are arrogant. The hypocrites who preach but they do not practice… all their works are performed to be seen. There’s no shortage of examples that we can cite from our newsfeeds – and more than likely from our own personal experiences: bosses, professors, administrators and perhaps even those who are closer to us – people in our own families – who could be legitimately held up as examples of people that Jesus would have serious and understandable criticisms for.

Reflecting upon all of these sad examples and this poignant Gospel passage, Jesus does NOT come across as defeatist. And, he doesn’t want us to feel that way either. Yes, he’s putting a spotlight on those who may be in places of honor, authority and leadership… He’s not denying that some are corrupt – and even worse. But far from calling us to simply give up, or radicalizing us to be revolutionaries in taking these people down – He calls us to develop greater maturity of faith:


As always, that’s where we have to start – ourselves. In the Gospel of Matthew, Jesus sets out his expectation for those of us who call himself his followers: “set your hearts on his kingdom first and his righteousness and all these other things will be given you as well.” When we humble ourselves – which by the way doesn’t mean talking negatively about ourselves in a needless self-deprecating manner or diminishing our gifts and talents – but rather recognizing that those gifts, talents, and our own selves are all gifts that were accorded to us – God’s proper place in our lives is nothing short of secured. It is then that we can see how the seeming random circumstances and opportunities that come up, and the unique abilities we are blessed with are all there on purpose. They open us up to the limitless potential for success where we can transform our lives, the lives around us, and most importantly, build up His Kingdom. Do we want to set our hearts on ourselves, on the opinion of the world or on God’s Kingdom? 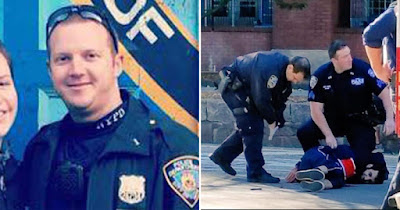 The more I chose to live and serve God’s Kingdom – the more I expect that of myself, the more I start to seek it out in others in positions of authority. And more than likely, we find that they will not be the loudest, the most famous as those shown on TV or movies… I think of NYPD Police Officer Ryan Nash, who did what countless men and women in uniform do on a regular basis when a terrorist went on a rampage in New York City on Tuesday, . This was the opposite of common sense – he ran towards the danger rather as opposed to escaping it, thankfully put an end to the madness before the situation exacerbated (and was able to do so without ending the terrorists’ life). I think of this single mom, who, in my first parish assignment, sent her son – this little guy Darryl – on public transportation far away from his neighborhood into our parish school only because she wanted him to have a good Catholic education in a happy, safe environment (that she could afford) – worked extra hours to make ends meet. That was over 15 years ago as well. Having bumped into him recently and seeing him graduating from one of the most prestigious Universities in the world and married – and seeing how he remains a grounded, humble, kind young man (who was attending Mass with his mother) was truly gratifying.

Stories and examples such as these reinvigorate my hope in goodness and all things that Jesus stood for, exemplified and calls us to emulate. Both examples include people who were selfless, sacrificial and committed – and their service literally changed the world for the better. Both stories remind me about the comforting truth that there still are heroes in this world. It’s just that they are too humble to call themselves that. And, therein is the beauty of it all – their humility, dedication and focus to do things that matter without expecting any sort of credit for their acts.