Latest News
Home /Blog/ALEXA, WHAT IS THE GREATEST COMMANDMENT?

Hi everyone, here’s my homily for the 30th SUNDAY IN ORDINARY TIME – October 29, 2017.  The readings for today can be found at: http://www.usccb.org/bible/readings/102917.cfm.  Thanks as always for stopping by to read this blog; for sharing it on Facebook, Twitter and Reddit; and for you comments and feedback.  I’m grateful for the support.  Have a great week and God Bless – Fr Jim 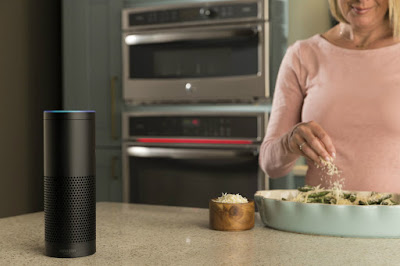 HOMILY:
It was just about a year ago that my mother, out of the blue, suggested: “If you’re looking for Christmas gift ideas for me – I’d like to have that Alexa thing.” That “Alexa thing” – for those of you who don’t know, is an electronic device from the company Amazon. It is also called a “smart-speaker” system. Once you own it, you can simply use commands like “Alexa, play some classical music” or “Alexa, call my brother’s cell phone” and the system, which links all your different electronic devices to the internet, will respond to your requests (Santa never did bring Mom “Alexa” … with ‘Yours truly’ having to occasionally act as my mother’s IT/electronic gadget guy, that felt like a nightmare I was not prepared to face).

Alexa and other similar devices seem to be growing in popularity and as such, expectations for its usage and usefulness have grown. Developers are constantly working with other computer companies and voice recognition analytics to improve their abilities so that eventually, you will be able to command “Alexa get me something for dinner” and based on preferences and settings, a full dinner will be delivered without you having to move from your home (and who knows with all these robotics and drones and similar stuff, perhaps you won’t be required to even move from your couch)

But a disturbing development – at least to me – caught my attention in a Wall Street Journal article last week. “Alexa, can you prevent suicide?” the headline read as the story explained that soon after it first hit the market in 2014, Amazon realized that many of its customers wanted more than weather reports and Lady Gaga songs. More than 50% of people’s interactions with Alexa now fall into what is categorized as “non-utilitarian and entertainment related.” To put it in more human terms, people were making admissions of loneliness, sadness, requests for help as they would say “Alexa I’m depressed; Alexa I’m being abused; Alexa, I’m considering suicide.”

While legal experts responded that technology companies do not have a legal responsibility to respond to extremely personal questions and requests like these, to their credit, the developers recognized quickly having the device responding “I don’t understand that” wasn’t super helpful. So, they have been discussing with national crisis counselors on how to provide specific answers to their customers. As one developer explained “These are high-stakes answers. So, we definitely have to classify them with an extremely high accuracy. We get aggravated if Alexa plays the wrong song or calls the wrong person. Every failure, to me, is a pain.” 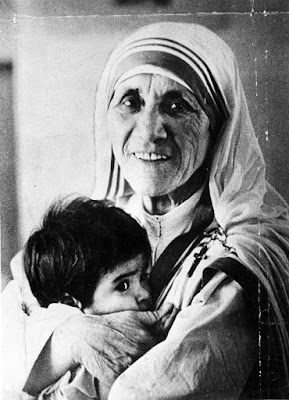 Reading this, I was reminded of something pretty powerful that Mother Teresa once said. This would-be saint, who had served the poorest, the sickest in the worst of conditions imaginable; remarkably said: “The greatest disease in the West today is not TB or leprosy; it is being unwanted, unloved, and uncared for. We can cure physical diseases with medicine, but the only cure for loneliness, despair, and hopelessness is love. There are many in the world who are dying for a piece of bread but there are many more dying for a little love. The poverty in the West is a different kind of poverty — it is not only a poverty of loneliness but also of spirituality. There’s a hunger for love, as there is a hunger for God.” Just thinking about the fact that Mother Teresa said this over 20 years ago, long before the internet was something we could carry with us in a cell phone-way … before any of us imagined the technological advances that would occur, sort of makes it all the more depressing when you think about it. I think many would agree that culturally and sociologically, this greatest disease, this lack of love, has metastasized to such an extent that we’re trying to build machines, program our devices to, if not cure it, at least address some of its symptoms.
For the last few weeks at Sunday Mass, we’ve been hearing this back and forth between those who didn’t accept Jesus, who were trying to entrap Him, accuse Him, discount Him, raise more critics or opponents to Him. So, this passage we just heard picks up from this ongoing debate. Today we hear how another scholar comes forward and comes at this a different way. He asks, of all the Laws that the Jews had, and they had a lot – not just the 10 commandments, there were over 613 laws that could be found in the Torah (the first 5 books of the Old Testament) – out of all of those – which one was the most important. The reason this was another “trap” was that a variety of Jewish leaders, teachers would all have had different answers to that. Depending on how Jesus answered, he could be attacked or mocked. He could lose followers with one answer (it was like an ancient example of a modern political debate, one wrong answer and you’re done) And just like we’ve heard these. past few weeks. with each of this back-and-forth, Jesus’ speaks in such a clever way that He is able to get out of whatever bind that he’s presented with.

On the surface, today’s response seems like he’s answering by not answering. He doesn’t choose one of the 613 they were expecting. Jesus answers by saying “You shall love the Lord your God, with all your heart, with all your soul, with all your mind… you shall love your neighbor as yourself.”  In saying this, Jesus is shifting our entire perspective on all the laws… all the Commandments. They are all about Love. We don’t follow His commands, we don’t obey His word out of fear… we do it because that’s the only thing that we can offer Him. The only thing God could possibly want for us is living in right relationship with Him. By coupling this with the command to “love your neighbor as yourselves,” Jesus is pointing out that most of the laws and commands that God has laid out for us is about how we treat one another. That’s what we heard in that first reading coming from the Old Testament book of Exodus. “Thus says the Lord” the reading began as it called us to be attentive to the alien, the widow, the orphan. Because each of them were on their own, they were the most vulnerable in society and so the expectation was that everyone needed to protect them, take care of them.
Jesus takes it to another level in saying more than just taking care of them, more than protecting them, we’re called to love them and all of our neighbors. That might sound strange because the word “Love” has been so misused and misunderstood in our day and age. Sometimes people say the word “love”, when they actually mean is “lust” or “taking advantage” of someone. 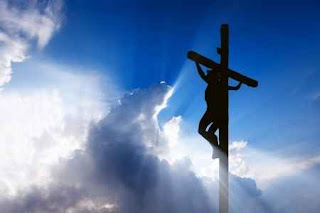 Love is something that costs something, means something and demands something. Love is more than a feeling. Love is a choice, a decision. Love in the Christian understanding is perfected in Jesus laying down His life for us on the Cross. When we lay down our own desires, wants, needs; when we are willing to “die to self” for another – whether it’s seen in the parent’s taking care of dirty diaper in the middle of the night; the child giving their allowance to a charity; the college student waking up early on a Saturday morning to help at a Soup Kitchen – in these and countless other ways, we see glimmers of that Love reflected in our own lives.
But the other thing we should note is that this isn’t one sided. When Jesus’ highlights this “command” to Love God in this way, He is revealing something really important. He’s telling us this is how He loves us. God – the creator of the universe – loves you and me with all His heart, all His Soul, all His Mind. Jesus invites us to let those words penetrate our lives. To open ourselves to experiencing that Love – in His word; in His body and blood in the Eucharist. And even more, to live that Love – sharing our very selves with one another. It’s overwhelming when we think about it and can seem unbelievable.
Yet we know that each and everyone of us has that deep hunger for love, that deep hunger for God. You and I, and the rest of the world desperately is seeking to experience it… and needs it. As wonderfully advanced as the developers might work with each future upgrade, that’s not something we can ask Alexa to assist us with. It is something e-devices will never understand.
Instead, it is something that Jesus explicitly puts on to you, me, and every single one of his followers to fulfill.