Latest News
Home /Blog/REPAY TO APPLE WHAT BELONGS TO APPLE?

Hi everyone – here’s my homily for the 29th Sunday in Ordinary Time OCTOBER 22, 2017.  The readings for today can be found at http://usccb.org/bible/readings/102217.cfm Thanks as always for stopping by to read this blog; for sharing it on Facebook, reddit and twitter; and for your comments and feedback.  I’m grateful for your support and interest!  Have a great week – God Bless, Fr Jim 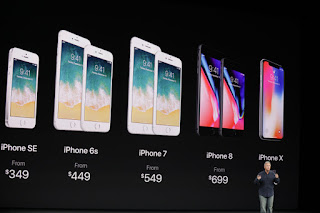 HOMILY:
A few weeks ago Apple announced after months and months of speculation whether there would be an iPhone 8, an iPhone 10 (celebrating the 10th anniversary of the first iPhone) that in fact there would be both. The iPhone 8 which is an improvement over last year’s iPhone 7s with a new camera and new processor, better battery life was released in September. In a few months the new iPhone X which is a total redesign with even more perks including facial recognition, larger screen, smaller body, that can be recharged without plugging it in and weighs less will be available. Oh there’s another difference between the two phones: iPhone X will cost about $1000 (or $50 a month for 24 months) $200 more than the iPhone 8.


I’ve had iPhones for the last 6 or 7 years… can’t even remember to be honest. And I’m kind of shocked how much this thing has become a part of my life. Far from a phone, it’s what keeps me connected to the world whether it’s the internet, social media; it has games which can be somewhat addictive (love competing with my mother on Words with Friends) I can even read books on it; and the Waze GPS app on this thing has saved me from traffic jams I don’t even know how many times.

Like clock work, I had just made my last payment for the iPhone 7 and now these new models were being offered. In the past I dutifully followed the directions to sell that phone and upgrade to a new model. It was just general busyness – coupled with confusion about how much of a difference there was between the two models (other than the price) that had stopped me from completing the friendly email reminder from iPhone to pre-order today! 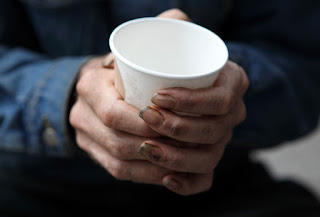 Well about a week or two ago, driving in Manhattan, from the distance I could see an Apple store and I started thinking”oh shoot that’s right, I could’ve had the iPhone 8 already… I wonder if I should wait a few more weeks and just get the X… but then some people are saying you want to wait on that because there might be some glitches yet…” That was the interior dialogue that was going back and forth in my head when I saw him. This middle aged guy across the street on the corner with a sign that I couldn’t make out (but instantly knew what it said) along with a cup in his hand which most people people seemed to not see or ignore as they looked at some model of iPhone or other phone as they walked past him. I felt embarrassed and ashamed over the inner debate I was having.

Because the reality is, this iPhone is fine. It’s more than fine. It does more than I even know it can… I’m sure of it. And before I simply upgrade for some other upgrades I have no idea how to use or how in such small somewhat insignificant way it improves my life, does it warrant another $50 a month?

Reading today’s Gospel – this familiar back and forth between Jesus and this new group of Jews that want to quarrel with him (last week it was the Pharisees – now it’s the Herodians) there’s the brilliant, masterful way Jesus bypasses the trap that they had set for him. Saying they shouldn’t pay the tax would side with the Jews who were angry about being occupied by the Romans but would get him in some major trouble with the Romans. As would saying the opposite not appease both sides. By pointing out the hypocrisy of those asking the question – who by the fact that they were carrying the Roman coin had in a sense already bought into the Roman Empire’s currency so they really had no room to ask whether they should pay the tax what was lawful (it’s like holding a pornographic magazine and saying “is it moral for people to make this magazine or publish it or not? you already bought the magazine)

So Jesus points out – they’ve signed onto this government’s authority by using this economic system, so they have to fulfill their obligations to it: Repay to Caesar what belongs to Caesar… But then he adds and give to God what belongs to God.

More than just a church-state discussion… More than what is just to pay to the government as a Christian (or a devout Jew) – this Gospel asks us to go deeper… Who have I made my Caesar and What does belong to God? Repay to Apple what belongs to apple.

Jesus isn’t dismissive of the everyday concerns of human life. He’s not saying taxes aren’t important. And looking at the Gospels we know that he enjoyed meals and wine which all cost money as well (sure, He made the wine out of water in Cana, but the rest of the wedding cost some money as well). But that’s where the homeless guy outside the Apple Store did give me a gut check. – Perhaps I have given Apple enough… and perhaps God is asking me to revisit my priorities and seeing am I giving Him all that he deserves? 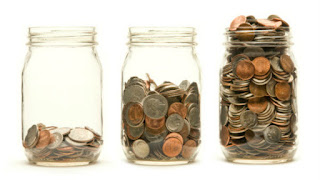 You guys as college students – you’re on budgets. And so it’s a little bit limited now. But not completely. I know in my own time in college (as long ago as that may be) if 10,000 Maniacs were coming to the Meadowlands – it wasn’t even a question I was going to the concert… when a CD came out that I really wanted, I magically had no problem putting the cash out, and if my friends asked if I wanted to go to a Yankee game the financial cost wasn’t even an issue. But when someone would ask me to donate for something, then I became an accountant and started looking at how much cash, how much I had in my checking account…

It’s an intensely intimate, personal question that demands some self reflection and maturity on each of our part. It’s too easy or to simple to simply say “don’t buy that phone if you love Jesus”… And that’s not what Jesus is saying. Rather Jesus wants us to look in our heart and see what are the priorities. what are the things we’ve singed on for. And even more, have I made Him a priority that I even ask what belongs to Him?