Latest News
Home /Blog/CAN I DO ALL THINGS IN HIM?

Hi everyone, here’s my homily for the 28th SUNDAY IN ORDINARY TIME – Oct 15, 2017.  The readings for today can be found at http://usccb.org/bible/readings/101517.cfm.  Thanks as always for reading; sharing this blog on Facebook, Twitter and Reddit; and for all your feedback and comments.  Have a great week-  God Bless, Fr Jim 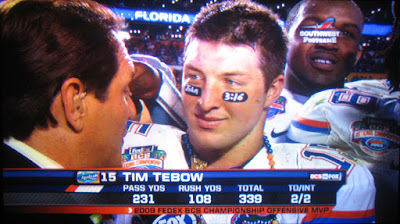 More than likely at some time, in a variety of different situations and contexts, you might have seen someone planting a bible verse (or the book and verse number of where to find it) in some very different – even unlikely spaces outside the walls of a Church. For example, It’s not uncommon to see someone at a football game holding up a sign saying “JOHN 3:16” with the hopes that people would look it up and read what many consider to be the “Gospel in a nutshell”. People looking up that passage would find the words “For God so loved the world, that He gave His only Son, so that everyone who believes in Him will not die, but have eternal life” which succinctly encapsulates a theme that is central to being Christian. Or, a good friend of mine just returning from a trip to the Holy Land was excited to share that after talking about it for over 10 years, he finally got a tattoo. After seeing a sketching of a cross with the words of scripture found in the Gospel accounts of the resurrection “He is not here” right outside the tomb where Jesus rose from the dead – he decided to have that cross and scripture inked over his heart.   Even priests, in preparation for their ordinations, will usually design a prayer card as a memento for their guests – and include some verse that holds some personal significance (for myself, I put the words that John the Baptist said about his ministry in light of Jesus Christ He must increase, while I must decrease… John 3:30)

I was thinking about all the different scenarios of seeing scripture quotes in different contexts when reading today’s scriptures. Because in that second reading we heard from Paul’s lettter to the Philippians – it contained one of the most popular, most cited passages: Phil 4:13. Just do a Google search and you’ll see artwork, tattoos, posters, t-shirts, billboards containing these beloved words of scripture. I can do all things in him who strengthens me. When I saw it, I had the same reaction I’ve had when encountering this passage: some really mixed emotions. Because I know it’s not something I could ever tattoo on myself (well I can’t tattoo anything without my Mother killing me, but that’s a different story altogether). Don’t get me wrong; it truly is a beautifully powerful testimony; it’s a sentiment that I truly want to believe. It’s a statement that on many deep levels I know to be true – but it’s also something that if I’m completely honest – I struggle with.

Because when we read this passage, St. Paul isn’t merely speaking self-help words designed to motivate people to look beyond their weaknesses and challenge their limits. St. Paul is in prison and is writing to the people he brought the Christian message to after which they became Christians – they were now suffering persecutions and facing an uncertain future. Amidst all these circumstances, Paul is being reflective. He’s realized that after a multitude of very different experiences he has gone through, including being rejected, losing social status, being beaten and tortured – in addition to partaking in a gamut of life-altering positive experiences where he was well received, able to preach the Gospel in an effective manner – he realizes that regardless of his circumstances, positive or negative, or even in the face of life or death – Paul concedes that I can do all things in Him who strengthens me.  He’s not speaking inspirationally; he’s stating a fact. 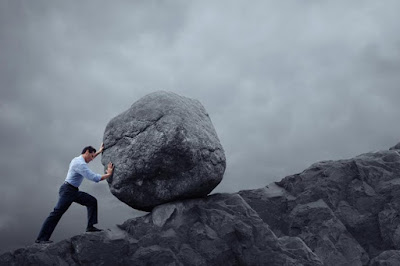 And that’s what’s frustrating to me. I want to be able to say the same thing with that same certitude and authenticity. But the reality is that the struggle is real. I know how easily fear, anxiety, worry enter in that would render some of my words ineffective and lack authenticity. I know how often temptations and sinfulness can undermine the pursuit of living that truth. I can still say cite that scripture I chose for my ordination with great authenticity He must increase while I must decrease… if anything, those words seem truer now than they did 18 years ago. But saying I can do all things in him who strengthens me entails a deep sense of responsibility of living those words and not stopping short of stating them. I know the truth of these words in my head, but saying those words from my heart would reveal some doubt or hesitation that would almost undermine the truth of that statement.

Sitting with that for a few days, today’s Gospel provided me with unexpected comfort. Because we hear another somewhat bizarre parable. This is part three of an ongoing back and forth interaction Jesus is having with the Jewish leaders. Today, they’re talking about the Kingdom of Heaven which is being described as this incredible party being thrown by the King (God) for his son (Jesus); the servants inviting the people are prophets who people refused to listen, are distracted, are too occupied. That’s bad enough, but the people do kill the messenger which enrages the King. The parable is pretty straight forward and understandable so far.

It’s this final part that sounds weird. A guy that does shows up – is not dressed in a tux (or whatever) and the King gets fired up…more than fired up – he casts him outside. It seems like a gross overreaction. But we have to understand that in Jesus’ time, the guest would’ve been offered the “wedding garment” by the hosts of the wedding. So it’s not like he didn’t have enough time to get the right thing, or wouldn’t have known what was expected. The guest must’ve refused the garment. Maybe he wanted to go with his own clothes. Maybe he didn’t see any need for “their” clothes. Maybe he simply felt his presence was enough. That’s what upsets the King in the story- it’s like the guy didn’t even try.    He shows up – so he knows it’s important… he knows what’s expected… he is given the ability, the opportunity. But in his self-conceited arrogance, he goes at it on his own – in his own selfish way. 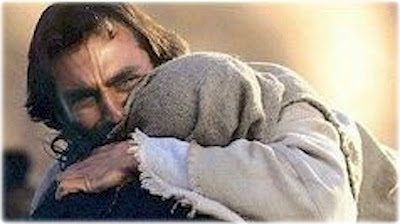 I think that’s what upsets Jesus. He’s offering us the garment we need for the banquet – He’s given us the path to eternal life with Him in Baptism – He’s given us everything we need to live in union with Him here and now as well as the gateway to eternity in His company. He’s not asking us for perfection. He’s not asking us to take care of everything on our own. He simply wants us to want to be with Him. So we come to the banquet when the garments of our life our filled with hurts, fears and trials. We come to the banquet when the garments of our life are filled the joys, the triumphs, the constant rediscoveries of how loved we are by God. We’ve heard God’s invitation, we welcome it, and we bring ourselves as we are– not putting on any facade or withholding something…we come with unbridled honesty and with complete faith in Him – bad and good alike.

The more we do that,
the more that becomes the norm in our lives,
the more we lean on Him than on ourselves
the more we thank Him for the countless blessings that continue in our lives — even in the midst of trials and tribulations –
the more we stop comparing ourselves to others in some never ending competition of “Who’s more Christian”
the more we start to realize how much Jesus is a part of the picture… and that He is the picture himself.
He is the goal, the focus, the everything…

Then maybe, just maybe we will be able to state that emphatically not simply on a post, a billboard, or even a tattoo that

I have been able to,

I can do all things in Him who strengthens me.