Latest News
Home /Blog/IS THIS WHAT THE END OF THE WORLD LOOKS LIKE?

Hi everyone, here’s my homily for the 27th SUNDAY IN ORDINARY TIME – October 8, 2017 – The readings for today can be found at:   Thanks for stopping by to read this blog; for sharing it on Facebook, reddit and twitter; and for your comments and feedback.  Have a great week.  God Bless – Fr Jim 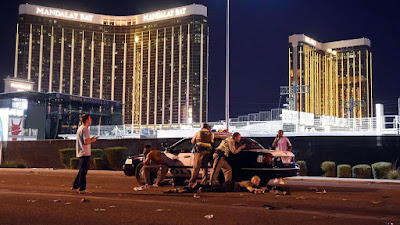 HOMILY:
Usually when people hear speculation of the “End of the World, these prophecies seem to come from rather different, non traditional, out of the mainstream Christian preachers or groups. In some instances, these groups have gone so far as to have marketing campaigns, advertising the exact day they have determined as the “end day” (which quickly gets recalculated for another day). For the last year or so, I’ve been surprised at the number of articles, posts and speculation calling these days the “end times” coming from Catholics. They’ll point to some significant anniversary (for example – it’s the 100th anniversary of when the Blessed Mother appeared in Fatima) and then, point to the conditions of the world around us and think “this has to be the end.”

I don’t put any stock in these religious speculations – whether it’s the Protestant who claims to have unlocked some new clue from reading the bible or a fellow Catholic who is speculating on things from our tradition – primarily because Jesus is pretty clear throughout the scriptures that we will not know the day or the hour that the end of the world will occur. I say all of this though not to be completely dismissive of the underlying emotions being expressed. Because I can completely appreciate Why people feel that this is the end of the World. 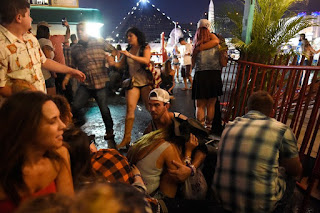 In the last few weeks – Natural Disasters with a frightening ferocity captured our attention as Hurricanes devastated peoples lives and homes in Texas, Florida and Puerto Rico and throughout the Carribean… Earthquakes ravaged the peoples of Mexico. Then there’s been this growing sense of division that people are recognizing throughout our nation – where it doesn’t seem to matter what the issue or topic is, but we don’t seem to be able to communicate with someone who has a different opinion anymore. And then, this past Monday, we woke to the horrifying news of not just another mass-shooting, but the worst mass shooting in United States history. I hate to admit I was almost numb when I first saw the headline pop up on my phone of “Shooting at Concert” before I went to bed Sunday night that I didn’t even react to read the initial reports… Well no way was I prepared to read of how utterly diabolical this news would be. Hearing how people just out for a fun time at a Country concert would be targeted massacred and injured in such great numbers in such a sick, evil, calculated manner – I don’t have the words.

Talking with my mom Monday night, I couldn’t argue with her when she joined the chorus asking “is this what the end of the world looks like?”

That had been on my mind all week, and was definitely there when I was looking at today’s scriptures. When I got to the second reading – St. Paul’s letter to the Philippians – it hit me again what a beautiful book of scripture this is and in God’s providence – how badly do we need to hear these words? Brothers and sisters – have no anxiety at all… but in everything by prayer and petition, with thanksgiving, make your requests known to God. Then the peace of God which surpasses all understanding will guard your hearts and minds in Christ Jesus.

There’s an initial sense of it being too simplistic reading those words in light of the litany of tragedies we’re all aware of. It sounds like Paul is saying just pray – and everything will be all good? But that’s when context is so important. St. Paul is writing these words while he’s in prison – and the people that he’s writing to are suffering great persecution… He didn’t know what was going to happen to him or this community that he had great love and care for – so yeah, maybe they all kind of felt like we feel right now – like it’s the end of the world. 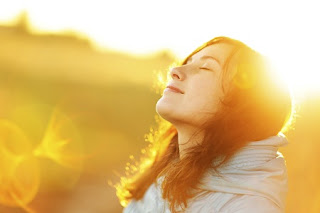 Did you catch that?  St. Paul’s not just saying in that beautiful litany those are things we should aspire to, those are ideals we should strive to achieve – he tells us to think about those things. I’ve been working with a Catholic psychologist who’s been helping me with that in my own personal life… who’s been pointing out how easy it is for us to take legitimate, painful stuff that we’ve experienced and how that can color our moods, distort our visions to the point that we keep focusing on those struggles and then some other things painful things from our past or outside of ourselves enter in until it continues to spiral out of control.*  I think that is true collectively as well… especially when we’re subjected to a seemingly never ending drum beat of bad, negative, horrifying news, how much easier is it for us to give into despair. To think – or even worse – wish this were the end times.

That’s why St. Paul’s counsel is so essential:  Think – remember – emphasize – focus on whatever is true, honorable, just, pure, lovely, gracious…   Even in the midst of all these terrible stories, we know of stories of people helping one another, saving one another, looking out for one another… not looking at the color of each others skin, asking what political preferences they hold. There were far more true, honorable, just, pure, lovely and gracious people in Texas, Florida, Mexico, Puerto Rico – and yes in Las Vegas then there were of the opposite. 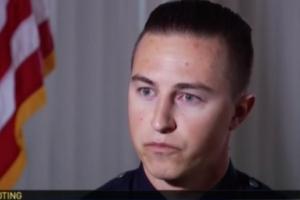 Like off duty Los Angeles Police Officer Mitchell Tosti, who went to the concert in Las Vegas with his fiancee and friends – who in the confusion of people running in panic spotted this woman, Cassidy Huff who had collapsed behind a car after trying to run. Cassidy had recently finished a course of chemotherapy and had gone to the concert with her mother to celebrate when things turned horrible. ” I wanted to run but my body wouldn’t let me. My legs are still really weak, so they buckle under me” she explained. That’s when Officer Tosti came upon them and said “I’ll carry you” as he told his fiancee to grab Cassidy’s mom, who did and followed him to safety.

When we think, remember, emphasize on things like this that are true, honorable, just, pure, lovely and gracious – then Jesus’ message in today’s Gospel comes to life. Because on the surface, this parable doesn’t make sense… The story is an allegory showing how God has given his people dominion over his creation – and so often, many misuse, take advantage, even destroy it.  They ignore warnings, calls to conversion and repentance.  Yet, even when God sends his son, Jesus will suffer the same horrific treatment. But despite that human impulse which demands justice, or rather retribution for such treatment – Jesus shocks the listeners. No God won’t simply obliterate those who individuals who subject Jesus to a wretched death… but rather his death would unleash God’s love, mercy and forgiveness in a way no one ever anticipated.

No, we can’t ever forget that Good Friday happened. But focusing on Easter Sunday changes our perspective. As we go forth from this place – where we’ve come to hear and receive Jesus both in word and His Body and Blood in the Eucharist – we are challenged to do the same thing. Yes, recognizing all the things that seem to challenge our sense of security, of safety, that seem to point to a world that if it’s not coming to an end at least seems to be spiraling out of control. But then to remember Paul’s words: Have no anxiety at all.. Jesus is ultimately in charge… and when we think about that and remember all the other things that are true, honorable, just, pure, lovely, gracious – our hope is renewed as we recognize the truth that St Paul tells us – the God of peace is with us.