Hi everyone, here’s my homily for the 25th Sunday in Ordinary Time – September 24, 2017. The readings for today can be found at: As always, I’m grateful for your stopping by to read this blog; for your comments and feedback; and for sharing it on Facebook, Twitter and Redditt. Have a great week! God Bless – Fr Jim 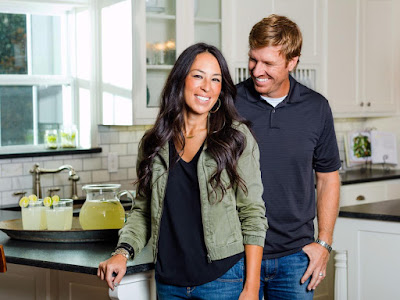 HOMILY:
Over the last few years I have become a fan of HGTV. Not too long ago I shared how the show “Property Brothers” ruined my life when I watched their show decided I could complete a do it yourself project of ripping wall paper down in the Newman Center. Not only did it take up a whole weekend and resulted in a lot of unsatisfactory feelings about myself, the world, and Jonathan and Drew who are the Property Brothers… it also resulted in me having to hire someone to finish the job anyway. Despite this experience, it has gotten me into a couple of other shows on the network. Maybe in this world with so much craziness on TV it’s calming to see a house that is run down get a transformational make-over in an hour.

One of the shows that I’ve gotten into is called Fixer Upper. If any of you have seen it, you know it features a husband and wife team, Chip and Joanna Gaines who are real estate people, contractors and decorators. Despite my loathing of dad-jokes – and Chip could be the inventor of them – overall, just seeing a husband and wife who love each other, their kids and working and supporting together, well I guess it seems kind of rare to see that depicted, so I’ve gotten to become quite a fan.

Well a couple of weeks ago I was talking about this unlikely viewing choice for me with some former students and they said “you heard Joanna is leaving the show” – which I didn’t believe and figured it was “FAKE NEWS” . When I went on the internet to prove it, I saw other stories popping up not saying she wasn’t leaving the show, but that she was leaving Chip… Which I really couldn’t believe. I mean if you watch the show, the two of them are not the greatest of actors. So their relationship, their love for each other seemed even more real. So it just seemed VERY FAKE NEWS.

Which in fact was the case. The two appeared – together- on NBC’s “The Today Show” and they were asked if they were ever prepared for the fame that their program has brought them, and you could see their unease. Joanna talked about these rumors, the stories popping up saying “… I don’t do great with seeing that kind of stuff, reading into it, I just don’t know what’s going on… someone [will] come up to me and say, ‘I hear you and Chip are getting a divorce.’ I’m like, ‘Where did you hear?’ You know, I don’t know any of this is going on.” 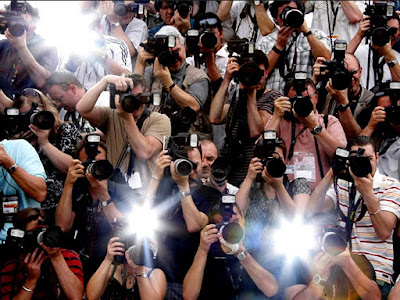 For the most part I’m kind of dismissive of celebrity stories. I just don’t get the whole fascination and the amount of time and energy many devote to following them, so I don’t usually pay any attention to these headlines. But this really bothered me. Here’s two people from Waco Texas who have worked hard for their marriage, their family, their business and were able to build this into something that became a TV hit and here comes these bizarre, untrue stories not about their craftsmanship, or their real estate expertise. But about their marriage and family. Some people seem intent on wanting to tear them down.  Why?  Quite simply – jealousy.

That seems to be what drives a lot of the TMZ/Entertainment Weekly/celebrity based “media.”  Sadly there has to be a tremendous amount of public consumption for it otherwise people wouldn’t report it (if people aren’t tuning in or buying these magazines, they would disappear).  In fact there’s so much public consumption that even “legitimate” news organizations will delve into speculative, salacious reporting.   Celebrities and other public figures are held up as people who seem highly successful – excelled in some area, have financial wealth or security, have power or influence – and that drive, that desire among many of us to be like that – to be “famous” – rich, popular… when we don’t achieve that same level of success, it turns to anger and can feed into jealousy.
This isn’t a new phenomenon by any stretch of the imagination. Look at the effect of jealousy at play in today’s Gospel.  This parable is probably one that is the least  favorite for many people – at least in my unscientific study or experience.  No matter how many times or ways I’ve preached on it, people will inevitably come out after Mass and say “You know Father, I still don’t think it’s right…it’s not fair…” 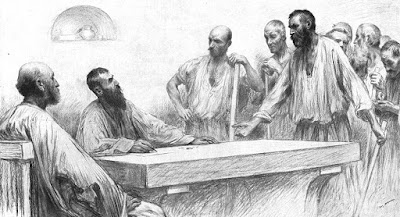 What’s not right? That this landowner hires people at dawn, at nine in the morning, at noon, at three in the afternoon and even at five o’clock - and eventually pays them all the same amount – they get a full days pay.  There’s almost this internal trigger that’s set off in people’s minds saying “that’s just not right” (as if the landowner was taking an opinion poll of people about how he should conduct his affairs)  The people in the story who work all day gripe, they complain – they become jealous of these late comers.  Probably there was more criticisms being offered - those people must’ve been lazy not to even worry about finding a job till late in the day – and now look they just waltz in here and here I’ve been working all day.  Somehow the day-long workers believe they’ve been wronged, diminished, or slighted by these late comers being the beneficiaries of an extremely generous landowner.
What makes this even more unpopular for listeners to the story is when they recognize that Jesus is using this parable to illustrate His generosity, His lavish love for humanity.  That someone could come to know, come to follow Jesus later in life – and still experience the same eternal kingdom that we have been longing for.  They get to enjoy the same blessings of this heavenly eternal reward that we’ve been denying ourselves and not conforming to the things of this world for some time in marking ourselves as citizens of that kingdom already.

But as is often the case with jealousy, it blinds us from the good news that we’ve experienced:

How Jesus looks at each of us as individuals.

How He knows when we’re struggling and trying.

How He knows when we think we’re getting one by him – or found a loop hole.

How He sees when we’re making a genuine, sincere effort… just as clearly as when we’re acting like two year olds, stomping our feet at the perception that they’ve been slighted because someone else got a sip more milk in their cup than we did… 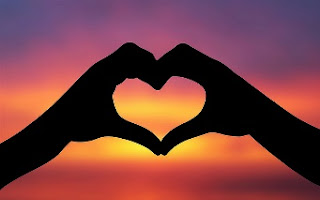 In all those highs or lows – Jesus isn’t looking at us and comparing us to someone else.  He’s not bringing an account ledger out like some Santa Claus with a “Naughty vs Nice list” (that’s a whole other story. “You better watch out….”). Jesus is loving us as his brother and sister.  He’s loving us – knowing all those ups, downs, failures, successes, fears, dreams, doubts, triumphs that are there… He’s seeing past those times where we’ve rejected him – longing for that moment where we turn back to Him- and recognize Him and His Father and the Holy Spirit’s amazing action in our life that is the source of all of our gifts, talents, and opportunities… Even more, how he is the source of the very breath of life that we breathe.  And that once we recognize those things, he asks us to glorify Him with all that we have – in all that we do.

I know in my own life, when jealousy has entered the picture – whether it was something someone else had or was doing or achievement they had attained – there’s two wounds that it causes: First I have these negative feelings towards another in my jealousy – and equally as destructive… I start to ignore what God is doing in my life. In doing that – I miss the opportunities that are before me. I am blinded by the jealousy that perhaps God wants to use me and other people to do something new, something different, something that will glorify Him in a whole new way that I can’t conceive of. In the end – what does someone else’s things; or Chip and Joanna’s marriage have to do with me and my life.

Jesus’ urgency though in sharing this story is when we recognize it’s not a story about employment. Those of us who were blessed to be born and raised Catholic-Christians, we can’t forget how blessed it is that we’ve known the truth of those words from the first reading to– seek the Lord while he may be found, call him while he is near. Jesus wants us to see how we are renewed in those blessings when we find a newcomers has found their way here (or better yet somehow found their way here by our witness our example). Jesus wants us to rejoice when those who’ve wandered away come back. Jesus wants us to never stop sharing the good news of the landowner, or rather the Loving Father who never gives up on those still lost, still afraid, still believing lies like “God doesn’t want me” or “I can’t go there, I’m not holy enough” or the other opposite extreme “I don’t want to go there – they’re a bunch of hypocrites.”

Because in the end, this Gospel reminds us of a simple but important truth. All of us are blessed to be here, not because of anything we’ve done, but because God has sought us first.