Hi everyone, here’s my homily for the 24th SUNDAY IN ORDINARY TIME – September 17, 2017.  The readings for today can be found at: http://www.usccb.org/bible/readings/091717.cfm  Thanks as always for stopping by to read this; for sharing it on your Twitter, Facebook or reddit; and for your  comments and feedback.  Hope you have a great week!  God Bless- Fr Jim 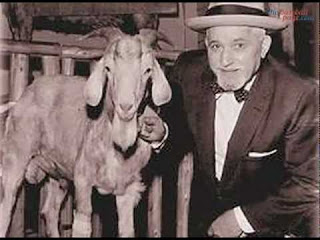 HOMILY:
Of the many mysteries of life that exists – one that I have little explanation for is the effect that sports and being a fan has on many of us. And yes, I am including myself into this discussion. I can’t explain the passion, the range of emotions that accompany following or rooting for a team. Much of it is irrational. And when mixed with superstition, which tends to happen a lot, things can get out of hand.

For example, the Chicago Cubs and their alleged being “cursed” comes to mind. Just a quick recap – Way back in 1945, this guy who owned what was called the Billy Goat Tavern brought his goat, named Murphy to Game 4 of the 1945 World Series. Murphy’s stench, rather than the fact he was, well, a goat, seemed to be the determining factor on why the animal wasn’t allowed into the game. The goat had his own ticket, after all.. Because they were asked to leave the outraged owner declared, “Them Cubs, they ain’t gonna win no more!” And they didn’t – for decades. They came close – a bunch of times. And of course everytime they failed to advance to the playoffs, or got swept in a series or something, the explanation that seemed to make the most sense wasn’t that the other team was better; or that the complexities of the sport allows for random, unforseen things to happen -no – the reason they didn’t win was “the curse.”

Fast forward to 2003: the Cubs were in the eighth inning of Game 6 of the NLCS, with Chicago ahead in that game 3–0 and holding a three game to two game lead in the best of seven series. At a critical moment, several fans attempted to catch a foul ball. One of the fans, named Steve Bartman, reached for the ball, deflecting it and disrupting a potential catch by the Cubs outfielder. If the ball had been caught it would have been the second out in the inning and the Cubs would have been just four outs away from winning their first National League pennant since 1945. Instead, the Cubs ended up giving eight runs in that inning and eventually losing the game, 8–3. When they were eliminated in the seventh game the next day, the “Bartman incident” was seen as the turning point of the series. 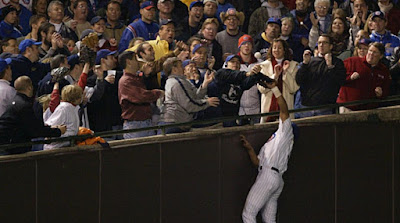 The “curse” lived – and a life-long fan who in the excitement of the game did what any other fan would’ve done – tried to catch a ball – became the new “Murphy” the new personification of the curse. He was chased out of the stadium that night. Six police officers had to protect him and his home; the Governor of Illinois suggested he might want to enter the Witness Protection Program; The “ball” which was called the “Bartman Ball” was auctioned off and sold for over $100,000 which was publically destroyed in 2004. The man became infamous. Became a pariah. And the amazing thing was in this celebrity obsessed culture where people seem to long for any attention, even bad attention, despite many lucrative offers to do commercials, appearances, interviews – (including a 6 figured ad that would’ve run on the Super Bowl) Bartman steadfastly refused, pointing to his immediate response that he was truly sorry – he was a true Cubs fan and hated that his actions could’ve had a negative impact on his beloved team winning.

A year ago, as many of you know, the Chicago Cubs broke the Billy Goat Curse the Bartman Curse or more accurately – won the World Series for the first time in 71 years. And the Cubs made a pretty amazing gesture. They gave Bartman a treasured World Series ring – something that only the players, the management and those closest to the organization ever receive to mark this momentous achievement. In their statement they said “We hope this provides closure on an unfortunate chapter of the story that has perpetuated throughout our quest to win a long awaited World Series. While no gesture can fully lift the public burden (Steve) has endured for more than a decade, we felt it important to know he has been and continues to be fully embraced by this organization.”

Bizarre isn’t it? The players, the team, pretty early on recognized this guy did nothing wrong. The fan knew in his heart of hearts that he never intended to hurt his teams chances. Yet the irrational anger, rage of so many spun out of control that the guys life was made a living hell by so many “fans” – people who would’ve done the same thing – try to catch a stupid ball. So much so that the Cubs wanted to recognize in an incredibly classy way that Bartman had truly been forgiven for the perceived atrocity he had committed.

When I first read about this over the summer the craziness of the whole thing just – I don’t know – unsettled me. One silly misstep is overblown, exaggerated and for 14 years what should’ve been a night that a guy and some friends remember as a playoff baseball game they went to together became this source of shame, anger, bitterness. How did it ever get to that extreme?

How did it ever get to that extreme… That’s the question every one of us is faced with as disciples of Jesus Christ as we hear this call to reconciliation and forgiveness today and immediately think about the angers, the hostilities, the rage we are holding onto. We think about this tall order that Jesus levels on being lavishly generous in offering forgiveness to those who’ve hurt us… and in some cases it was something stupid and silly and petty that got way overblown to an extreme… in other instances there are legitimate and valid and just reasons that we’re still hurt and angry about a horrific thing that has happened. And for most of us, this gospel leaves us feeling a bit more confused or conflicted. 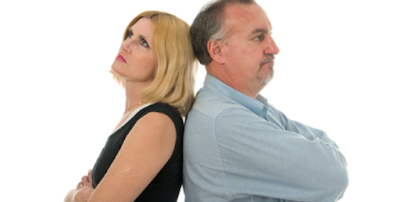 I hate to confess how much I personally struggle with this myself. A few months ago, I had decided that I would offer a decade of a rosary a day to enemies – people I was angry with – who there’s been some break down of a relationship. To pray for that anger, that hurt, to be gone – yet sadly that list of friends (or former friends) relatives – even fellow priests is still there. (Actually it seems to grow) People who’ve hurt or taken advantage of me (or at least I think they have) I can give you names, dates, specifics of the incidents. There are some on that list where there might have been some conversation, even words exchanged saying “I forgive you” – but that last line from the Gospel – calls me out – it’s not a true forgiveness from the heart. I still feel the anger and it’s not really completely forgiven.

I share that not to be defeatist about it though. Because the thing that “praying for my enemies” has done for me has renewed my hope that my forgiveness – my real forgiveness from the heart – will happen. That the extremes that have caused such gaps, such brokenness will be repaired. And that absolutely will happen not on my own strength, desire, or even willing it to happen – but only through the Lord.

Which is why this Gospel and this parable are so powerful. The characters we most relate to most aren’t some mystery… What Jesus is trying to get us to do is – to want this… to want to do this – to want to forgive. Not to wallow in our inability our unwillingness or our struggles with forgiving others… But to want to experience another level of God’s love – of offering his amazing love to someone who may not- and probably doesn’t – deserve it. Whatever happened between us and whoever it is that’s coming to mind right now – is not beyond God’s healing. But will we let that happen? Will we let go of whatever scenario we run through our minds where we want the other to suffer, apologize, make up or pay back our loss? Can we commit our hurts to God and ask Him to handle it, and help us? Those are the first steps we need to take so that we to will know what it’s like to experience the generosity of the king when so often we can relate all too well with the servant who has received the forgiveness yet withholds it for something far less. And then, in the process to bring healing and new life into situations in most need of it.