Hi everyone, here is my homily for the 20th SUNDAY IN ORDINARY TIME – August 19, 2017.  The readings can be found at: http://www.usccb.org/bible/readings/082017.cfm .  Thanks as always for stopping by to read this blog; for sharing it on your facebook, twitter and reddit links; and for your feedback and comments.   God Bless – Fr Jim 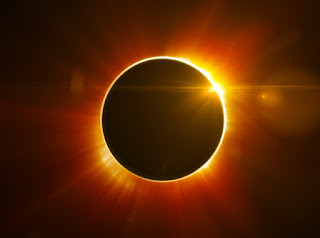 HOMILY:
The other day, I got this email that had as its subject line Tips for this Monday’s Solar Eclipse. It had safety information and tips on how to protect yourself from eye damage that can come from looking directly in the sky when this eclipse occurs.

This natural phenomenon where the moon passes between the sun and the earth, to the point that the sun appears to be blocked, preventing sunlight and making day seem like nighttime for a brief time – had been one of the top stories of the summer. The hype and interest over this rare event had been building over the weeks with stories on the best places to view the “total” eclipse (here in NJ we’re expecting only a partial eclipse) – what kind of protective lenses to use to make it safer for those who wish to view it – explanations of when and why these things occur.

It was a big story… until this past week. A week that started with stories about Neo Nazis, White Suppremacists, KKK… continued with all sorts of outrage in response that included vandalism and violence; and the pointing of fingers – fingers of blame, of condemnation, of anger at one another… then by the end of the week attention was shifted to a terrorist attack that took place in Barcelona Spain killing at least 14 people and injuring over 100… Then Friday night, 6 police officers all around the country were shot with 2 being killed… and then Saturday, coming full circle, there were protests somewhat similar to last Saturday, this time taking place in Boston.

Thursday night, after hearing some of these news reports, I turned off the radio and found myself driving home in silence (which actually isn’t a bad practice). Thinking about a different eclipse that is even more dangerous for us. Thinking about an eclipse of God. 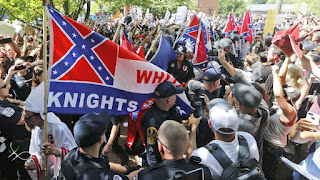 Not on His part… It’s never on God’s part. But rather on our part. On all of our parts… Because it’s easy to look at some really, really misguided, hate-spewing people in a town in Virginia– as those to blame… It’s easy to look at radical extremists who feel justified killing innocent human lives – as those to blame… It’s way too easy to look at whoever else doesn’t conform to our agendas, our talking points, our politics, our beliefs as those who are to blame for this eclipse of God – and His peace, His care, His protection from our society, our country, our communities… our lives.

Sadly, I could show you emails, messages, tweets of articles, blogs, and stories that people have sent me all week telling me what I should preach, how I should preach – how I better preach on certain things that strangely seem to validate the senders personal politics, agendas, or beliefs. None of them seemed to address (or even seemed interested) in this eclipse of God. Which isn’t surprising. The moment we decide to paint or label someone as “other” – and we begin to distrust someone based on prejudices, hostilities, hatreds – then we’re not capable of seeing God in our midst, certainly not in one another… and God seems to be eclipsed from our midst.

Providentially, this Gospel arrives… And scripture reminds us that this occurrence, this eclipse of God is sadly not as rare as we would hope nor confined to present day alone.

In the passage we just heard, Jesus takes His small circle of 12 apostles outside of Jewish regions into towns, that were considered “unclean.” This Canaanite woman represents one of Israel’s most despised, long-standing enemies. Despite this, she is begging for help from Jesus who she calls Lord and Son of David. Jesus is silent, as his disciples reveal their prejudices and hostilities as they look to Jesus to shut her up.

She crys out again – Lord Help Me – as she desperately seeks healing for her daughter. Jesus, responds in quite a startling manner saying “It is not right to take the food of the children and throw it to the dogs.” In saying this,, He is giving voice to the unspoken, but real prejudices that were floating around in the apostles hearts and minds. He gives voice to how those closest to Him still had eclipsed the love, the mercy of the very presence of God in their midst. 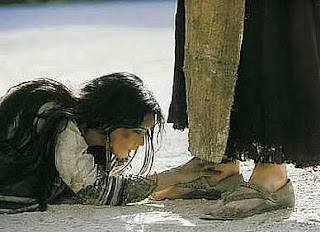 But beautifully, the Canaanite woman’s love and care for her daughter… her belief that no Jesus wasn’t simply some miracle worker who if she just asked nicely enough would relent to her wishes – but rather that this is indeed God – that Jesus is Lord isn’t diminished. Even though she might not have had the education, the stature or the tradition of the Jewish men who surrounded Jesus – her heart and soul gave birth to a deep faith that enabled her to move past her own personal embarrassment, past these ancient hostilities and present day animosities and she remains undeterred in faith and trust in Jesus. This deep faith enables her to move past all of that as she rather courageously and humbly respond “Please Lord, even the dogs eat scraps that fall from the table of their masters.”

All of a sudden this person who was considered an “other” is as equal as the 12… Jesus reveals to her, and even more to the 12 and each of us, that she is loved, as He responds to her pleas, as He accepts her. The word Dog goes from being a derogatory label to an acronym for daughter of God. That’s what God is able to do. He is able to see the beauty, the dignity of the individual who He loving made… He removes the obstacles, the blinders, the labels we can so unfairly assign to another (and even worse, pass on to other generations).

Jesus wouldn’t let her remain assigned to this group of enemies or outsiders because of where she was born, or who she associated with, or what her family heritage was, or her race, or her gender. She was a mother, with a child in desperate need of healing – which she correctly identified that her only hope for healing can be found in God. 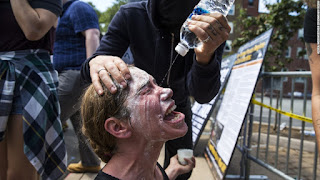 As Americans, sometimes we can become self righteous. We can remember some atrocities from history- especially horrific travesties that took place around the world that so many of our brave relatives sacrificed their comforts, their desires, their very lives in order to save the world from – and because of those noble individuals fighting just causes, we can sometimes think, expect, or perhaps naively hope that we are immune from the evil and hatred taking root here. But its this type of arrogance, and lack of humility on our part that continues to eclipse God from our views – as we can see with people behaving really horrifically in a variety of different ways around our country that demonstrates we are not immune to that happening here.

But before we go off and focus on the sins of others, which seems to be the popular thing to do, Jesus challenges us to go much deeper on a much more personal, intimate level:

Who are the enemies we hold? Who are the people that deep within we hate – think about that for a minute. That can be someone in the public domain who we’ve never met – or it could be a family member who we know all too well – or someone in between…or all the above…

Who are the people we’ve got our labels for – perhaps it’s not dog – but it’s even more derogatory, it’s just as dismissive…

If it’s Peace we want… If it’s true healing, and reconciliation we desire… then we need to pay attention to these warning signs we’re seeing in these growing escalations of evil. Then we need to work to save ourselves from the devastation that can come from a society that totally eclipses God. And we have to start here… on that more personal, intimate level and desire to become people of strong faith. Because we’re not going to be able to go out and obliterate evil in the world by simply labeling, accusing and blaming others. We have to start first by looking within.

The Canaanite woman did… She didn’t listen to her friends, relatives and neighbors who saw Jesus and these 12 Jewish men walking into town and sneered, and ridiculed, and labeled them as hated enemies… She didn’t let any of that stop her from going to Jesus.

Are we willing to do the same?

Are we willing to stop listening to voices that agree with the hurtful things that we can say about one another… can we move away from that “group think” and allow Christ to break this eclipse of God by illuminating our vision… where He enables us to see one another as He sees us. It’s not just about our survival… It’s what we’re suppose to be doing all along as the call of discipleship demands this – that we look beyond labels and stereotypes to recognize every one of us is a child of God, brothers and sisters.