Latest News
Home /Blog/GET THIS INTO YOUR HEAD

Hi everyone, here’s my homily for the SOLEMNITY OF THE TRANSFIGURATION OF THE LORD – SUNDAY, AUGUST 6, 2017. The readings for today can be found at http://usccb.org/bible/readings/080617.cfm . Thanks as always for reading this blog; for sharing it on Facebook, Twitter and Reddit and for your comments and feedback. Have a great week! God Bless – Fr Jim 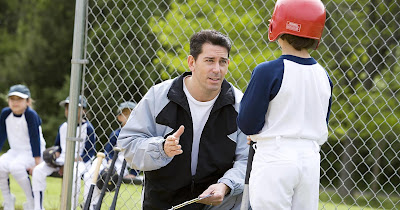 Looking back at the times I heard that growing up, it usually was said because I wasn’t paying attention, I didn’t want to do something, I was bored, I had something else in mind. My little league coach was trying to “get into my head” how to cover first base in baseball. But I was still angry that I was not the starting pitcher, wondering why Frank Pasquale was picked (even though I had no reason to believe I could really pitch well, but that’s another story) Next batter, I mess up the same way I had done before and I hear my coach somewhat exasperated screaming, when I got back to the dugout “What is it going to take to get this into your head!”

My teacher going over the difference between “there” and “their.” Actually sitting with me trying to explain the difference between the two words and I’m not there myself – I’m staring at the clock waiting for lunch. I’m pretty sure she muttered, “What is it going to take to get this into his head” the next time she graded my test paper.

My parents, well I’m sure that they could probably write a book on the times, instances and occasions that they shared those words with me and my brothers.

In reading this Gospel of the Transfiguration of Jesus, I kind of imagine Jesus wanting to say to Peter, James and John – What is it going to take to get this into your head? Trying to break through the importance of what he’s been saying to them about who He is, what His mission is… Quick recap here – these guys following Jesus were, at a minimum, confused. Somehow Jesus was able to touch their hearts; He compelled them to drop everything and follow Him. In this time with Him, they’ve witnessed — healings, they’ve seen Jesus walk on water, they’ve heard Jesus teach. They think they know who he is – “You are the Christ,” Peter accurately proclaims about Jesus just a few passages before this Gospel.

But they still have their preconceived ideas, of what the Christ would do for them, in mind. They’re thinking that they can’t wait to see God fulfill his promises as he restores His people Israel. To see their kingdom re-established… to have their place as the “Chosen People” renewed, by finally sticking it to the Romans and everyone else who’s mistreated the Jews over the many, many years they were waiting for the Christ.

But right before this Gospel we just heard, Jesus drops this bombshell. He tells the apostles, that He’s going to suffer and die. So now maybe they’re thinking Huh? This same guy that healed that leper? This same guy that performs miracles? How could this be? It doesn’t make sense to them. After Peter protests this Jesus kind of gave him a smack down (actually he called him Satan… so that’s a pretty epic smack down) and follows up by saying- look – if you’re with me, you need to take up your cross and follow me.

Not exactly what they had in mind. The Messiah was supposed to come and save them, not lead them to gruesome, painful deaths. So as Peter, James and John are walking up the mountain with Jesus, I could imagine they had a few doubts. Thoughts like: “Maybe this guy is simply crazy” – “Maybe all those people who’ve been doubting him, the Pharisees and all those other religious leaders, have been right” – “Maybe we’ve been foolish all along to follow this Jesus…”

You can almost imagine Peter trying to work up the courage as he walked up the mountain for some alone time with Jesus, trying to pull his thoughts together to say to him – “You know, I gave up a lucrative fishing business to follow you – what’s the deal here? Messiah’s aren’t suppose to die. And if that’s what’s going to happen to you – which is bizarre and bad enough – um, what’s going to happen to us???” 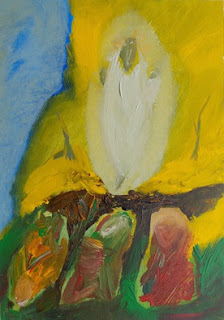 It’s just then when this Transfiguration of Jesus happens. Jesus is transformed before their very eyes – these two important figures from the Old Testament, Moses and Elijah, appear and talk to Jesus as his bodily appearance is glorified. They don’t realize it, but they are getting a sneak preview of what the Resurrection of Jesus will look like. Oh, yeah, and then the voice of God comes from a cloud overhead saying, “This is my beloved Son. Listen to Him.”

What’s it going to take to get into their heads that Jesus’ glory will only come after he has suffered through the passion, died and risen from the dead? In fairness to the three of them, a lot of us have difficulty believing in the idea of someone “rising from the dead,” even after Jesus has already done just that; I can only imagine how much harder it would have been to comprehend it before it had happened.

But here’s the thing I think the Transfiguration was trying to do for them. In giving them the glimpse of the future – of experiencing, for a moment, what Jesus would be like after his Resurrection, it was meant to give them the hope they will need when things go very, very bad – for Jesus and for them. So they experience this humble, meek man – whose gentleness and love compels them to follow him – transfigured in a flash, where Moses and Elijah, two central figures from Judaism who have been dead for centuries alive and conversing with him … they see Jesus radiating in a supernatural light… they hear the voice of God and then, just as quickly, there he is again, walking in his beat-up sandals, saying, “Let’s go back down the mountain – oh, and don’t tell anyone about all this, it would just confuse them.” They needed this experience to sustain them for what was to come.

He wants to get into their heads that this way; His way of the Passion and the Cross is better. That in Jesus Christ, God is here with humanity in a more complete, intimate way then ever before. God’s no longer speaking through a flaming bush to Moses, he’s no longer speaking through a prophet like Elijah. Did you hear the voice of God saying, “This is my beloved Son” – Jesus is saying: I am all that you need… listen to me, trust me.

Jesus says that to us today, too. We come to Mass with so many questions, so many fears and anxieties. We are looking for answers. We want to know “everything’s going to be alright,” or “somehow things will work out,” “that God is listening to me.” And for a moment, we’re up that mountain. And it is here that Jesus takes a simple piece of bread and a cup of wine and it becomes his body and blood… about which he says “take and eat.

He wants us to know He has never left His followers… He is with us and will remain with us as long as we remain with Him.

Are we ready not just to get that ‘into our heads’, but into our hearts and lives, as well?