Hi everyone– here’s my homily for the FIFTEENTH SUNDAY IN ORDINARY TIME – July 16, 2017. The readings for today can be found at: http://usccb.org/bible/readings/071617.cfm    (Gospel is the shorter option). As always, I’m grateful for your stopping by to read this blog; for all your shares on social media – and all your comments and feedback. Thanks and God Bless – Fr Jim 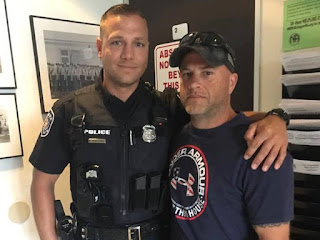 HOMILY:
About a week ago, a police officer, by the name of Officer Nate, was working an overtime shift when he was directed to respond to an emergency call. He arrived to discover that an elderly man had collapsed and stopped breathing. The cop happened to be just around the block and was able to arrive in just a few seconds where he was able to perform CPR on the man until the fire department and emergency squad responded.

Officer Nate shared that over the years that he has had a career in law enforcement, he’s been called on to perform CPR a few times, but that this was the first time he had been ever able to revive someone. Soon after, the medics were able to transport the man to the hospital, and Officer Nate continued about his day with various other calls and emergencies he needed to respond to, pretty much forgetting about this one particular call.

A few days later, while on patrol again, he was called back to Police headquarters for an unknown reason. When he walked into the station lobby, a younger man was standing there waiting for Officer Nate. It turned out that this man’s father was the one that Officer Nate had done CPR on and he just came by the station hoping to thank the man who had saved his father’s life. Officer Nate was happy and excited, and went forward to shake his hand just as the man explained that his father passed away the very next day. Officer Nate was kind of stunned and instantly stopped in his tracks. He said that he felt horrible for celebrating. [Thanks to https://www.facebook.com/humanizethebadge/ for sharing this story and the photo ]

We want the Hollywood style ending, don’t we? You know, the ending where the next day, there’s pictures of a grateful man in his hospital gown on the road to recovery shaking hands with a humbled but proud cop who could chalk this one up as a good or positive end when so often the majority of his calls, just because of the nature of police work, so often end on a negative, unpleasant note. That’s a very human desire….

That human desire is a recurring things that I hear from people whether it’s in a pastoral counseling or spiritual direction – or just friends, family members who are just catching up on life – People who do the right thing, with the best of intention and then being frustrated that those best efforts don’t even meet the remotest of expectations… which so often is followed by disappointment and discouragement flooding in.

– We did everything we could for our kids…
– I studied hard, and unlike some of my classmates, didn’t cheat …

– I’m a loyal, dedicated employee – treat my coworkers well and don’t suck up or cut people down…

Even as a priest, working in Campus ministry, I have to admit discouragement at times. Lord – I’m trying to be attentive to all the different responsibilities… I try to be supportive and encouraging to the students, the staff, the missionaries who work with us… I try to be open and creative to new ideas and outreaches – why hasn’t Mass attendance doubled?

The beauty of this parable that Jesus offers today in the Gospel of the sower and the seeds is that Jesus relates to the frustrations we can encounter in finding our sometimes best, noblest, most virtuous of efforts not producing the result we hoped for or expected. 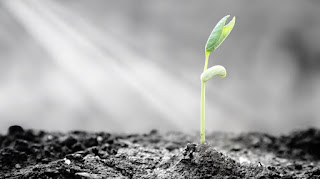 Think about what we just heard – a majority of the examples Jesus offers – three out of four of the scenarios, the efforts of the sower result in nothing. Birds, rocky soil, thorns all thwart the efforts of the farmer planting the seeds. But in that one instance, where the seed meets the rich soil it produces an abundant harvest, growing 100, 60 or 30 fold.

The more I sat with this parable, the more the quote from Mother Teresa came to mind – God has not called me to be successful, he has called me to be faithful. Just imagine if we really believed that… trusted that. God asks us to be faithful – to His word – to His commands – to His direction in our lives. He asks us to faithfully sow the seeds – being the best parents, grandparents, sons and daughters, employees, students, priests we can be. He asks us to faithfully, lovingly do whatever it is we’ve been called to do… He wants us to do the works of mercy – caring for the poor, attending to the sick, clothing the naked, feeding the hungry, visiting the imprisoned… And to do all of it for Him… knowing that sometimes our best efforts, not yielding the crop we wanted, doesn’t mean they were done in vain.

For the perfectionists among us (and here I’m really preaching to myself) that’s essential. God is in charge… not you or me. And God has not called me to be successful, he has called me to be faithful. Often times we may never know the importance or the effect of that faithfulness… of our work…

Officer Nate, said that as he apologized for being excited to meet the son of the man he saved only to learn he died the next day – the guy said to him “No, I appreciate you so much. Because you brought my dad back and I was able to fly in from Florida to say goodbye to him one last time before he passed.” The officer revealed “I don’t get too emotional very often in this job, but my eyes were flooded as we hugged.” Another family member posted on her Facebook page: “Today we met the police officer that performed CPR on our dad and brought him back long enough for our family to spend another precious day with him. There are no words that can describe how truly thankful we are . . . you will always be in our hearts. Stay safe out there.”

Not the Hollywood, heroic ending he wanted… but perhaps even more important and meaningful than he could have ever imagined. Jesus calling us to be faithful wants us to trust that the work of sowing seeds is indeed noble, important work… 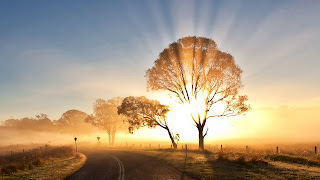 In all of these and countless other ways, instead of feeling foolish in helping, or offering or serving, Jesus wants us to rejoice in knowing that we were faithful. Remembering that all that we have is God’s gifts to us in the first place. He blesses us to bless others. And He is blessed and glorified when we go about, doing just that… sowing the seeds he has entrusted us with.