Latest News
Home /Blog/LORD IF YOU HAD BEEN HERE… (Where were you? Where are you???)

Hi everyone… here is my homily for the 5th Sunday of Lent.  The readings for today’s Gospel can be found at: http://www.usccb.org/bible/readings/040217.cfm.    Thanks as always for reading this blog, for sharing it on Facebook, Twitter, Reddit – and for your comments and feedback.  Have a great week – God Bless, Fr Jim 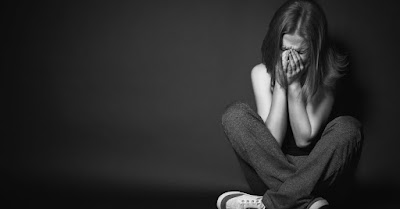 HOMILY:
Lord if you had been here… my brother would not have died.
The two sisters of Lazarus – Martha and Mary – were previously encountered in the Gospel having an argument that you might see any siblings having: over who was doing the more important work on one occasion when Jesus had visited them; when Mary was sitting at Jesus’ feet and Martha was getting the house and meal ready for His visit…

Well, on this occasion with Jesus, they are in agreement. Saying the same exact words: Lord if you had been here… my brother would not have died.

You get the sense that Martha said it with some frustration – aggravation… Jesus was more than a preacher, a prophet, a miracle worker. Yes He was those things, but even more – He was their friend. They loved Jesus intimately, personally. He had dined with them, visited with them. They had sent word as soon as Lazarus had gotten ill… They had seen or heard about all that he had done for complete strangers – some blind guy just got healed... So there’s a sense of disbelief, perhaps anger on the part of the no-nonsense, straight talking- make-my-sister-help-me-out-Lord, Martha- LORD IF YOU HAD BEEN HERE, MY BROTHER WOULD NOT HAVE DIED.

Mary on the other hand, was too distraught initially to even go out to meet Jesus like her sister did. She’s overcome with grief. The Gospel tries to capture the emotional moment where the one she loved, trusted and had faith in, arrives at the scene of such heartache and loss; far too late for it to matter any more. Lazarus has already been in the tomb for 4 days- the Gospel captures the hopelessness of the situation with the words: surely there will be a stench. Mary drops to Jesus’ feet and says those same words her sister had – but with disappointment, hurt, despair on the part of the sitting-on-the-edge-of-her-seat-never leaving-his-side-other sister, Mary – LORD IF YOU HAD BEEN HERE, MY BROTHER WOULD NOT HAVE DIED.

This is a Gospel that is so rich with images, encounters, memorable phrases… including the shortest Scriptural verse in the entire bible, Old and New Testament – John 11: 35 – And Jesus Wept – three little words that say an awful lot. But for me, that phrase from Martha and Mary kept coming to mind. It didn’t take long for me to figure out why… 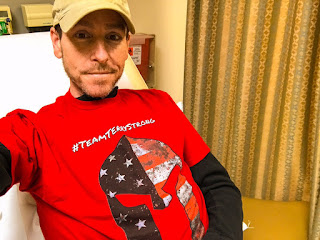 A few months ago, I met this guy who was an NYPD hero by the name of Terry O’Hara (if I can even say that since we only met through Twitter of all places). Terry was a few years younger than me – and had worked at Ground Zero in the days, weeks and months following 9/11, trying to initially help rescue trapped people – then recover people who were dead after that horrific terrorist attack. Tragically, 9/11 still is devastating people in our area almost 16 years later, as Terry got cancer as a result of his efforts… That’s unfortunately how I even knew of him. A friend of mine before Christmas had retweeted something about Terry’s fight, asking for prayers for him – pointing out he has two little kids and a loving wife that Terry said in one of his direct messages to me gave him “Too much to live for.”

In the months since, I really grew to admire this man’s no-nonsense, positive (but realistic) attitude – He knew he was engaging in a tremendous fight but he had this “Kick-Ass” (sorry, there’s just no better description) attitude that made you believe that he was not going just to beat this, he was going to eviscerate Cancer. And the beautiful thing was to see how many other people, suffering from the same illness, looked to him for inspiration.

A couple of weeks ago, I had read about another experimental treatment that was being offered for cancer. Apologizing as I shared it with him for offering unsolicited advice while foolishly thinking just in case he hadn’t heard or seen of it -as if he wasn’t well versed in every possible option. Anyway – he wrote back “Thanks Father…” and then after explaining why it wouldn’t work added: “I can’t say how much it makes me happy to have you im my corner. Crazy thing is, I’m not religious. But for some reason, I love having your support. Thank you for being there for me.” I wrote back “I’ll be religious for both of us, you keep fighting.” Which he did. Posting pics of him getting Chemo and then recovering from the treatment with Titos vodka, and building Legos with his kids. A couple of weeks ago, he had to go back in the hospital and just sent out a message to all his twitter followers saying “please don’t reply/like.. Still in hospital I’m having serious cancer issues. But I’m still in the fight. Thank you all. Much Love.” I kept thinking, and praying for him – and really believed he was going to be successful in this fight. Right before Mass a few Sundays ago, as I kept checking his feed for an update, I somehow saw a tweet that his brother had posted “here is Terry’s information – ” with a link to a funeral home website.

Lord if you had been here… my brother would not have died.
As a priest, I can’t explain the challenge of meeting so many people who are facing, fighting so many different things:

People with depression or anxiety.

A parishioner dying from a terminal disease.

Or even things that aren’t life and death matters, but for those going through them it sure feels like it:

an embarrassment that makes you feel overwhelmed with shame…

The beauty of the priesthood is that, through no logical reason that I can come up with, Jesus wants me to bring His priesthood to these situations… To be His presence…To bring His healing, His love, His mercy to these people He loves so desperately who are going though so many trials, tribulations, struggles – dark nights.

And to be brutally honest – I don’t have an answer that is perfectly satisfying to our immediate needs and desires. Because even reflecting on this Gospel: after Martha and Mary’s statement; after Jesus’ weeps; we have another fantastic miracle – where Lazarus is raised from the dead. But, and not to be negative – the reality is, we don’t have a 2,000 year old man walking on the planet. Eventually Lazarus died… again. Eventually his family mourned and grieved that absence again. Eventually Martha and Mary would die as well. 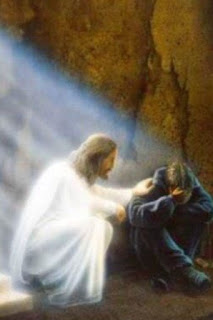 But the difference was… and is… in experiencing that miracle, the words, the promises that they had heard Christ make before… words that they remembered before the miracle. Words that they on some level obviously believed in, even while they were in pain, while they were in anger, and disbelief, and grief, and mourning – that Jesus is The resurrection and the life and whoever believes in Him even if they die, will live and everyone who lives and believes in Him will never die Despite the mix of emotions, the doubts, the fears, they still had that certitude, that knowledge, that trust, that Faith in Jesus. So strong was it, that heaven and earth unite in that graveyard, in front of that tomb. And a dead man is restored to life that day. And they could move forward and face those sicknesses, those dark nights, those trials and tribulations- those deaths to come – knowing He would not abandon them, forget them, or let them perish – even if in the face of the world it sure appears that way.

For you and I, we’re left with these testimonies, and witnesses to speak to us, whether or not we feel like Martha or Mary ourselves… angry, disillusioned, struggling as we fight that constant battle of faith I believe – help my unbelief. Or, even if we feel like Lazarus – spiritually dead, entombed. Jesus wants us to believe that God the Father has sent Him. Sent Him to order the stones keeping us entombed to be rolled away and calls us out of those tombs into His new life, here and now. Removing stones of fear… freeing us from the solitude of tombs we find ourselves locked within…. moving heaven and earth just to be with us in the midst of whatever it is that we struggle with, that threatens us, that diminishes us and to tell us you and I are made for the glory of God and that the Son of God will be glorified through us.

We can’t always see the Big Plan, see the Why or the How behind everything, any more than Martha or Mary or, for that matter, Lazarus could. But we have faith. Faith in Jesus that there is a plan, that we are a part of that. That, no matter what happens, we will always have Him. And He is enough.