Hi everyone, here’s my homily for the SECOND SUNDAY OF LENT – MARCH 12, 2017.  The readings for today can be found at: http://www.usccb.org/bible/readings/031217.cfm.  Thanks as always for reading and sharing this on Facebook, Twitter and Reddit – and for all your feedback and comments.  Have a great week!  Fr Jim 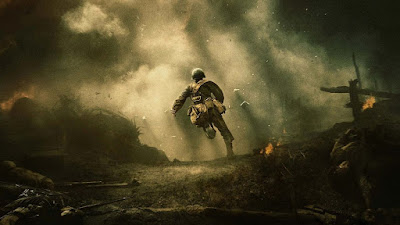 HOMILY:
In all the Academy Awards drama of a few weeks ago – where La La Land won the Best Picture of the Year – and then didn’t… the other films nominated in that category kind of got forgotten about, including Hacksaw Ridge. Which sadly many dismissed as simply “that Mel Gibson film;” or another World War II drama – which might have people thinking they’ve already seen enough on that subject. Which is a shame, because it tells a most unique story about Desmond Doss, a Christian who because of his devout beliefs in the 10 commandments, (specifically, thou shalt not kill) refuses to carry a weapon or firearm of any kind. Despite that belief, he enlists in the army – hoping to serve as a combat medic. He endures harassment of fellow soldiers for refusing to handle a rifle or to train on the Sabbath. He is arrested for insubordination for refusing to carry a fire arm (charges which are eventually dismissed and he is able to continue to serve) You’d think that a guy who has such strong beliefs wouldn’t have bothered enlisting. Or that if he felt as strongly about his patriotic duty, that he would need to evaluate his beliefs in a different way. For example, There’s hundreds of thousands of brave soldiers, including many devout Christians, who struggled with that same issue – but recognizing the evil that the world was facing and the threat this evil was posing as it was spreading – how it needed to be faced with deadly means in order to protect many other innocent lives.

But the thing about Desmond Doss was that earlier in his life, he had almost killed his brother – and that experience, united with his religious upbringing was changed him. He felt in his heart that the Lord was asking him to take His words His commandments more seriously. Which made things even more awkward, difficult, tense for him. While some talked about this film as being “anti-war” or “pacifist” – those really are a bit too narrow and incomplete. In a sense, those types of characterizations even make a story like this a bit safe for us. Because at the heart of this story, what Desomond Doss demonstrates is that – When we take the Lord’s words seriously – it can be scary. Really scary.

That’s as true today as it is for the apostles in today’s Gospel.

Six days prior to this scene we just heard, where Jesus is transfigured before them, the Lord had explained to them what was going to happen next. They were heading back to Jerusalem where he was going to be rejected, tortured and killed. When Peter attempted to offer Him support saying “NAH – THAT CAN’T HAPPEN – WE WON’T LET IT,” Jesus who sees and knows their hearts rejects those noble, (but in the end what he knows to be empty sentiments) and calls Peter “Satan” and tells him not to be an obstacle in fulfilling God’s mission which is Jesus’ saving humanity.

Fast forward to today’s Gospel. It’s a week later, Jesus brings Peter, James and John to this mountain where all these amazing things happen. He’s “transfigured” – or in other words – He appears in this glorious form – feebly defined with human words like “radiant,” “shining like the sun,” “white as light”.  Oh, and by the way – Moses and Elijah – two of the greatest Jewish figures from the Old Testament appear. That had to have been a major WOW moment for the apostles.  It’s so amazing, they don’t want it to end… “Let’s stay here – let’s build tents,” Peter says.

Just then, the voice of God the Father is heard THIS IS MY BELOVED SON, LISTEN TO HIM.  And here’s what’s interesting – they go from excitement to terror.  The Gospel says, “They fell prostrate and were very afraid”. What was it that made them so scared? Sure, we can imagine they felt reverence for the Creator of the universe speaking and that would inspire what is often called “fear of the Lord.” But it was more than”reverence” – they were on the ground very afraid (images of cartoon characters with their teeth chattering outside of their mouths seem to come to mind).  Why would the voice of God make something so awesome and exhilarating, into something so frightening. I think that beyond the fact that this overwhelmed them on so many levels, it was what they heard from the Father that scared them.

Here the apostles had been seeing, experiencing Jesus doing and saying things that 2,000 years later we treasure. Like the apostles, we want to stick with those good things. ”Wasn’t it cool when Jesus turned water into wine…” (Have a feeling that would be an extremely popular miracle even today) – or healed the leper, made a blind man see… But when Jesus talks about other things – like calling his followers to deeper conversion, deeper commitment; like when he tries to prepare them for His impending passion and death… then there’s often times debate, confusion, disbelief, even rejection on the part of humanity.

So, maybe the fear that gripped the apostles was the reality that - yeah this IS GOD and they had to take what he was saying seriously.

They had to stop rationalizing things in their minds, trying to figure out what the Lord meant, what loopholes they could apply.

They had to stop focusing just on the things they liked to hear and experience, and really listen to Him.

And if they truly listen to Him, then,

– those words were calling them to stop living with their minds focused on this world,

all of those words have to be listened to… Have to be heard. Have to be followed.

Maybe the fear that laid them out on the ground terrified was remembering what Jesus had told them days earlier. When Jesus told them what He would face in Jerusalem really was going to happen. Jesus was serious about it and was asking them to come, to continue to follow with Him.

When we take the Lord’s words seriously, it can become really scary. 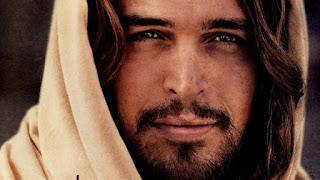 Yet one of the things that makes this version of the transfiguration so beautiful is how St. Matthew recounts it.  As the disciples remain somewhat frozen in fear, we hear, Jesus came and touched them, saying ‘Rise and do not be afraid.’ And when the disciples raised their eyes, they saw no one else but Jesus alone.

Looking into the eyes of Jesus, and Him alone, they found the strength they needed to get up… To continue on with Him to Jerusalem. And when they would fail as they would continue to do in their journey with Jesus – stumbling even after Easter, after the Ascension – it would always be (and still is) in turning their eyes back to Jesus alone in those moments that would remove the fears, the doubts, the lies that have the ability to convince his followers that they cannot do whatever it is the Lord calls us to do.

For Desmond Doss – his patriotism, his courage, and his faith would make him not only the subject of an amazing film – but ultimately, an inspiration to his fellow soldiers – not to mention a hero (the details of which I’ll leave out so as not to spoil the film). But suffice it to say, he was the first conscientious objector to ever have been awarded the Medal of Honor for service above and beyond the call of duty by President Harry S. Truman – demonstrating a most unique brand of patriotism and faith that people, decades later, still marvel at. Yes, listening to the words of the Lord was difficult in every sense of the word – and scary for Desmond… but his faith helped him save many lives and inspire, confound and challenge countless others.

For you and I, it can be scary when we take the Lord’s words seriously. We are surrounded by voices, influences, people who, whether they intentionally mean to or not, constantly stoke those fears and doubts.  Yet, we hear the Lord calling us this Lent to change, to conversion.  Maybe to confront a sin that we’ve become comfortable with.  Maybe it’s to honestly admit our powerlessness in the face of an addiction we’re struggling with and tell ourselves “I’m never going to be able to be able to combat that.”  Maybe it’s a call into a deeper relationship with Jesus Christ and realizing that in order for that to happen, I can’t live the same way, do the same things, be with the same people because they distract me from being with Him and listening to Him.

What the disciples found on the mountain of Transfiguration and Desmond Doss found is that it’s okay for us to have our fears. It’s human, normal for us, when we know we’re being challenged to grow and change, for us to resist.  But the reality is, we are left with two choices – to stay on the ground like the apostles riddled with fear, or to hear the Lord invite us to ‘RISE AND DO NOT BE AFRAID’ and take those words seriously…