Latest News
Home /Blog/IT’S NOT ALL ON YOU – LISTEN AGAIN….

Hi everyone – here’s my homily for the FIFTH SUNDAY IN ORDINARY TIME – February 5, 2017.   The readings for today can be found at: http://www.usccb.org/bible/readings/020517.cfm.  Thanks as always for reading, sharing this blog on Twitter, Facebook and Reddit – and for your feedback and comments.  Appreciate your interest!  Have a great week – Fr Jim 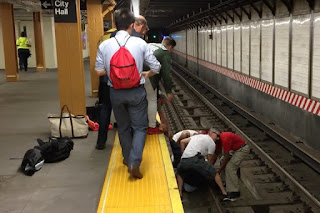 HOMILY:
This past June, a graduate student from London by the name of Sumeja Tulic shared how she had been having difficulty adjusting to life in the United States and in New York City in a story in the NY Times. She described how she was on the one hand enjoying the beautiful weather and the excitement of city life in that late Spring/early Summer (a nice memory in these wintery days of February). Yet now that she was here as a journalism student, she was tuned into the fever pitch of what was one of the most contentious political campaigns we’ve witnessed in our lifetimes (that seems, sadly to have continued almost 3 months after election day) as well as having to study a series of different terrorist attacks globally and here in the US. After a particularly grueling, on a Friday afternoon, she was depressed and discouraged as she made her way to the subway and thought to herself “Please, God, just something nice — I want to see something nice, Enough of this craziness…”


Moments later, after hearing the announcement that the next train was en route and was only two stations away, she noticed this 6-foot tall guy who had been leaning against the pillar waiting for the train, very suddenly collapsing forward onto the train tracks. He had some type of medical episode that caused him to pass out cold and now he was somewhat jammed on the tracks. Suddenly, these different New Yorkers, all of who were pretty oblivious to one another (staring at their phones, lost in their thoughts as we are all prone to do, lest we actually engage a stranger in eye contact or conversation ) heard the dramatic “thump” ran over to see what had happened, and as Tulic describes it, almost instantaneously they were on the tracks…. Trying, futilely to wake him up… another running to try to get help, another trying to run to the end of the platform to try to warn the train conductor of the oncoming train… in the meantime three men were finally able to prop the unconscious man into a seated position, were able to hoist him up and roll him on the platform onto safety. There he was surrounded by his rescuers who held his hand, and kept assuring the man who was slowly regaining consciousness saying “buddy you’re going to be fine.” Tulic had recorded the entire event on her phone, which was seen by more than 2 million people, which is what got the attention of the NY Times. As they looked into the story, they learned that one of the men who went onto the tracks, had visited with the stricken man, who had no recollection of being in the subway or of the group of strangers who had gathered to save him.

The student who had prayed looking to see something “nice” reflected on that saying “That is the greatest thing… The infrastructure in this city of millions is the people themselves providing, being there for others. Without even knowing the person, who he is, no matter what denomination he subscribes to. It was beautiful to see.” (The full story:  “In a Race to Save a Man on the tracks, a reminder of what’s good in the world: https://www.nytimes.com/2016/06/15/nyregion/in-a-race-to-save-a-man-on-the-tracks-a-reminder-of-whats-good-in-the-world.html?_r=0  ) 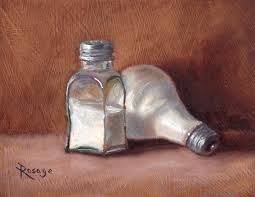 In quite a dramatic fashion, these nameless individuals not only saved this man’s life, but also demonstrate the importance of being “salt” being “light.” If you’re like me, a lot of times when I’ve heard this Gospel passage, I kind of imagine it as a call to Sainthood, a call to Holiness, a call to Greatness that seems out of reach, a pipe dream, a fantasy to me as a mere mortals… The part of us that knows we are supposed to want to be like Mother Teresa, supposed to be selfless, loving, bold – to show the world the beauty, the power, the love that the Gospels call us to in a way that captivates and transforms the world. But then our sinfulness, our listening to the voice of the evil one who wishes to diminish and discourage us (by reminding us of our sinfulness, our limitations) kind of makes that seem if not impossible at least seemingly really, really out of reach.

Part of the problem with that mentality isn’t just that we dismiss outright the possibility of our being holy – but also that we kind of take too much on ourselves.  As if to say, we have to change the world, we have to save the world ourselves – forgetting Jesus has already done that!

If we look at it a bit closer, Jesus isn’t directing these words to people as individuals. This isn’t an individual call. He addressed these words to his disciples – to all of them… to all of us. The call to be salt of the earth, the call to be light for the world is what we are to do together as His disciples. That’s what we as Christians collectively are meant to do. Transform the world – being salt to the blandness of the world, bringing light to the darkness we see. That’s why we see the Church being so vocal about the right to life for every human being from conception to natural death. That’s why you hear the Bishops speaking out in support of refugees and the need for our government to not allow fear to blind us to the needs of those most vulnerable. That’s why in both of those examples you don’t just hear talk on those issues, but you see the Church involved in creating homes for mothers who have no one to care for them and were contemplating abortion – as well as setting up homes for refugees here in our own state and communities all the way to the Vatican itself. 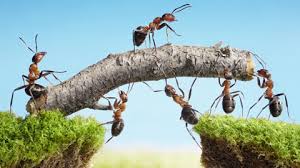 Jesus is charging us collectively to work together to transform the world. That’s why that story of the poor man collapsing on the tracks came to mind. There was a lot of individual heroic acts – but it was a collective effort that saved that one man, and inspired and moved countless millions who have heard that story. The same is true of the Church. From Jesus’ first instructions to his disciples about caring for the poor, the sick, the prisoner, the dying – that caused a major shift in the entire world. Up until then, they would isolate those individuals who fell into those categories as somehow being divinely punished and needing to be kept away from (lest we somehow become unclean by being in contact with them). Jesus turns it around completely and tells us that we would encounter Him, we would find His face in these very individuals. That we as a Church, have a responsibility to care for them. We as members of the Church have to see them and love them as beloved brothers and sisters.

May each of us as members of His Church do our part – flavoring, brightening this world of ours – into the kingdom Christ envisions us to create.