Hi everyone, here’s my homily for January 29, 2017 – Fourth Sunday in Ordinary Time. The readings for today can be found at:

As always, thanks for reading, sharing this blog on Facebook, twitter and reddit; and for your feedback and comments. Have a great week! God Bless – Fr. Jim 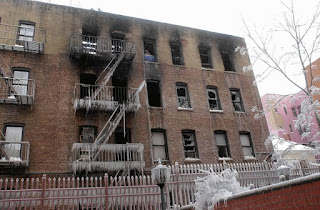 Some years ago, as chaplain of the West Orange Fire Department, a couple of guys on the department called one day to tell me that there was a fireman from New York who was going to be at Kessler Rehabilitation Center and asked me to go up to meet him.

Little did I know who it was. His name is Eugene Stolowski. And he was one of the men who were responding to a fire in Jan 2005 which became infamously known as Black Sunday and had been in the local news a great deal. They were in a burning Bronx building, became trapped, had no safety ropes to lower them down 50 feet to the cold, icy ground below and were forced to decide whether to stay in the inferno or make an attempt to jump out the windows of the building. Realizing their best shot at survival was to jump, that’s what they did. Tragically, two of the men would die from the fall, and the other three would have very serious injuries. But none of them as bad as Gene.

Gene, fell that 50 feet at 40 MPH – His skull had become detached form his spine. The doctors told his wife, who had a 2 year old at home and was pregnant with twins there was only a 5 percent chance of survival.

Gene would endure 12 surgeries, 20 doctors, removal of his gall bladder, would be on a ventilator for weeks, and then stay at a rehabilitation center, which was pretty far from his wife, and his babies (who were born premature 3 months early while he was recovering) for over 6 months.

One of the many remarkable things about Gene though was that he had this positive attitude. Honestly, I wondered many days when I left was I ministering to him or was he ministering to me? Because whenever we would talk and sometimes get into the “tough questions” like “how are you doing, really?” “Are you angry with God” and all the things that you might think he had every right to feel – well, he always remained so positive. 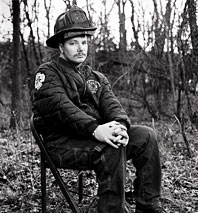 I remember him kind of getting choked up telling me one day how he knew he was lucky to be alive, lucky to be with these incredible doctors, lucky to have so many people around him who cared and loved him, lucky to have his family… The more I think back on all my meetings with Gene, I realize that He wasn’t Lucky -He was blessed…

Today’s Gospel is probably one of those Gospel passages that is instantly recognizable – as soon as we heard the first line “Blessed are the poor in spirit” – there’s like a bell that goes off in our heads like we’re on a game show and we want to shout out”What are ‘The Beatitudes’,” (I’ll take Bible passages for $400 Alex). We know and we’ve heard the Beatitudes so many times, there’s almost instant recognition.

But if we really paid attention to that litany that Jesus says, it might surprise us. Think about it: The poor in spirit are blessed? Those who are mourning are blessed? The Meek, the hungry, the persecuted they are blessed? All of the people in those situations probably don’t exactly feel blessed.

Then you have – the peacemakers, the clean of heart, the merciful; people who basically have to work so hard against the systems around them, against the temptations and sinfulness of the world we live in – all of them are called Blessed too? Again, they probably don’t feel that way.

And you have to wonder if all of the people who climbed this mountain to hear Jesus say these words thousands of years ago if they were, oh I don’t know maybe a bit underwhelmed.

This is the Messiah? This is the Son of God? It’s kind of like – we’re sick of going through all of these things- we were kind of hoping that now that you were on the scene the meek, hungry and persecuted wouldn’t be going through that stuff anymore.

But what Jesus’ is trying to tell all of us is that He knows that we’re all going to go through misfortunes, and terrible struggles, and awful things are going to happen in our lives. Maybe it will be a financial disaster – someone loses their job, loses their home; Who hasn’t had someone they loved who has died? Who hasn’t witnessed and suffered along with someone who was seriously ill? 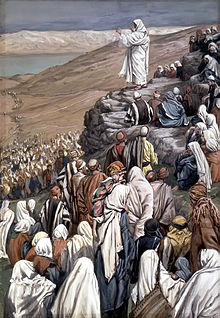 To say that we’re “blessed” though, isn’t burying our head in the sand or some cruel spin on a terrible situation. Jesus isn’t saying “how lucky” you are… but instead – Yes,

Blessed are you when you realize this isn’t some divine punishment for some mistake, some sin, some thing weighing you down from the past

Blessed are you when you see my presence in the midst of it all.
That’s why someone like Gene could remain so positive. He knew that what happened was a tragic thing. He knew that there were people responsible for his misfortune – and If he had the time machine to go back and could change something from that horrible event, there’s no doubt that he would.

But instead of focusing on all of that – which would lead to bitterness, and depression – What Jesus offered to Gene and is offering for each of us is a radical new way to look at the world and the trials we face. Jesus is revealing to us that we have a God so intimately connected to us, so present and aware to all of the ups and downs of our lives, we have a God who is a Father to us and that in turning to Him through all we face, all of those things we endure do not have power over us unless we give into them.

We find that if we can resist that temptation then Jesus’ last words of His sermon aren’t a command, but rather a statement of Hope that we share – that one day, we will Rejoice and be glad!