Hi everyone here’s my homily for the THIRD SUNDAY OF ADVENT – December 11, 2016. The readings for today can be found at: http://www.usccb.org/bible/readings/121116.cfm. Thanks as always for reading, for sharing this blog on Facebook, Twitter and Reddit – and for your comments and feedback. Hope you have a blessed week – God Bless – Fr Jim 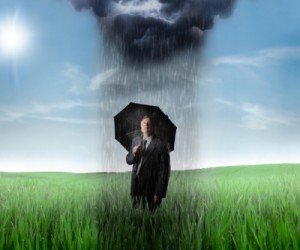 It’s a beautiful, while at the same time challenging part of priesthood to hear on any given week some of the real burdens, challenges, crosses that people are struggling with… For example:

– He is only in his early 40’s, he got some really bad news that he wasn’t expecting from the doctor. To say he’s anxious is truly an understatement.

– She and her sisters cannot even look at each other any more they are that angry. It’s gone from a disagreement that no one imagined would be a big deal, to giving the cold shoulder, to a blow up after their father’s funeral and now the only way they can talk to each other is through a lawyer.

– He still can’t believe that he was fired from his job. Not laid off, not had his job or position cut… he was actually fired. Was he perfect, no, but it didn’t warrant this. It’s like they were looking for a reason to get rid of him, and objectively speaking, it sure seems that way.

– They are struggling… neither one of them knows when their relationship went from being life-giving to simply hard work, and they don’t know if they can take it anymore.

– He has legitimately been trying…he’s actually gone to class, done the homework and he’s still failing…
In the week of a priest, you could hear countless variations of those stories. The names, faces, details vary. But it’s just reality striking again… Life can be extremely hard. No doubt everyone of us could fill in the blanks with names, faces, details that each of us know – or perhaps are going through ourselves. These are some of the intentions that we “hold in our hearts and now recall in silence” as we pause for a moment in the Prayer of the Faithful that never seems long enough to get them all in.

There’s something about hearing these stories, knowing these realities exist in mid-December that seems extra-wrong. As if we should be able to lodge a complaint somewhere with a customer service rep for the Lord to remind Him that this is supposed to be a “sadness-free” zone through his Birthday (we can negotiate whether we get a full 12 days of Christmas… but at least a couple) As you get older, as you’ve gone to a hospital or nursing home on Christmas day, you realize that whether it’s the Christmas season or not… whether you’re the most devout of believers or an atheist who’s trying to fit in by saying “Happy Holidays” – the reality of Bad Things happening to all people, good, bad, somewhere in between… is just that. It’s a reality we have to acknowledge. And it’s a reality that, in short, sucks.

This past week, just sitting with my own list of names, faces and details and praying with this Gospel reading, the realization of how no one is immune to the harshness of life – seemed to hit home even harder. Particularly with this Gospel we just heard this story about John the Baptist. Because listen to that line that John asks of Jesus – Are you the one who is to come or should we look for another? That’s kind of a big deal because we have to remember a few things about John the Baptist:

First of all – John the Baptist and Jesus were cousins. Remember when their two mothers, Elizabeth and Mary, met after they were pregnant with these two baby boys, what happened? John “leapt in the womb” – the future prophet was already recognizing that in Jesus, God was coming to the world in a dramatically new, history shifting way.

Fast forward a few decades and scripture tells us that John gives his life to proclaiming God’s word to His people. Calling people to “prepare the way of the Lord.” To repent, to turn away from their sins, to receive this baptism of repentance in the Jordan river. When cousin Jesus comes to the river, looking for this Baptism, John hesitates – knowing that Jesus is “mightier than he is” – even arguing that it should be the other way around, that he, John should be baptized by Jesus. John the Baptist relents, (Jesus can be convincing) and as he Baptizes Jesus, and we learn that the sky break into two, the Spirit descends upon Jesus -oh and yeah, the voice of God is heard saying “This is my beloved Son, listen to Him.” How awesome a moment, what greater validation could John have ever experienced that Jesus was truly the one… The Son, the Lord, the Messiah – the one all humanity had been waiting for.

With all that in mind, we come to today’s Gospel. We get a completely different side of 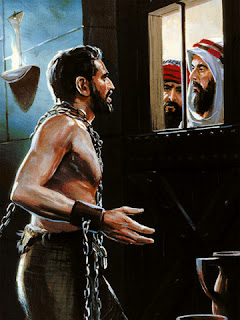 things. John has a group of people who’ve been following him… listening to John preaching in this exciting, convincing manner that the Lord was coming. John sends these friends of his to go to Jesus and ask him a question. A question he can’t ask himself… (He can’t ask it himself because he’s been imprisoned, chained and tortured and has his life in the hands of a tyrant who will ultimately decide to behead him because of the bizarre request of a woman who basically gives the tyrant a lap dance). The question John asks his friends to ask Jesus, Are you the one who is to come or should we look for another?

John the Baptist, who Jesus will say after hearing that question that there has been “none greater”, this prophet gives voice to all of our fears, all of our doubts, all of our discouragements. In all of our countless trials, in all of the extremes we encounter in life… when we can easily feel helpless… hopeless… that question from John can speak to those questions that may remain unasked… Jesus – it’s not supposed to be this hard, this difficult…. Jesus it’s hard to believe in you when all these rough things are happening to my friends, my relatives – to me… Jesus, are you the one who is to come?

John the Baptist’s humanity comes out as he’s sitting in this cell he’s experiencing a dark night of the soul. But rather than seeing this as a lapse of faith, I think it’s kind of the exact opposite.  Because he asks the question and that tell us: John hasn’t given up his faith in Jesus.   Had he given up, he would’ve simply abandoned Jesus, perhaps lashed out about him to his friends and simply tried to find a way out of the terrible situation he finds himself in.  Somewhere in the midst of the darkness, with the heavy heart of a man who is cut off, alone, and facing an uncertain future, his memory still recalls that day in the Jordan river when he heard that voice of the Father calling Jesus His Beloved Son. It probably seems a distant memory at the moment; it might seem so far removed where he’s wondering was that a dream or did that really happen? But that memory still resonates in his heart. John still believes… as hard as it might be in that situation, he still believes.

Rather than closing in on himself, letting the fears and doubts to continue to eat away at his faith, his belief, his trust in Jesus – What does John do?  He shares his pain, shares his fears, his doubts with his friends, his followers… telling them to do what? To Go to Jesus… to ask that question – Jesus are you the one? And what an amazingly beautiful, hope filled response Jesus gives to them. No parables. No dodging. No short-answers. He says GO TELL JOHN WHAT YOU HEAR AND SEE – THE BLIND REGAIN THEIR SIGHT, THE LAME WALK, LEPERS ARE CLEANSED, THE DEAF HEAR, THE DEAD ARE RAISED, AND THE POOR HAVE THE GOOD NEWS PROCLAIMED TO THEM.

Jesus is ushering in a new era. He proclaims to John and to all who will listen how the world is changing. God has come, and remains with us. Emmanuel – God is with us. Yes, with that arrival, all of creation is being renewed… John might not feel it at that moment… and we might not either when we know so many who are suffering, or are in pain, or are feeling lost, or feeling without hope.

Yet the good news is that those aren’t the ends of any of our stories. As messed up, as painful as that dark night you are going through might be… As terrible or scared or afraid as we might be… The call of Advent is to not give up. Jesus is the one.

The very fact that we are here is because people have experienced some of that renewal that re-creation. So we’re encouraged to “rejoice” this Sunday at what has already been experienced in the world… To not let the waiting for our darkness to disappear, to not let the ongoing trials we face to prevent us from going to Jesus.

St. James in the second reading tonight said You too must be patient. Make your hearts firm because the coming of the Lord is at hand. Do we still believe that He is the one? Can we open our hearts to welcome him in? Are we willing to wait for Him to change us, to renew us, to heal us? Because – in ways we don’t expect or sometimes appreciate – He will, if we let Him.