Hi everyone, here’s my homily for the FIRST SUNDAY OF ADVENT – November 27, 2016. The readings can be found at: http://usccb.org/bible/readings/112716.cfm . Thanks as always for reading, your feedback and sharing it on Facebook, Twitter and Reddit. Grateful for your support! Have a great week – God Bless, Fr Jim. 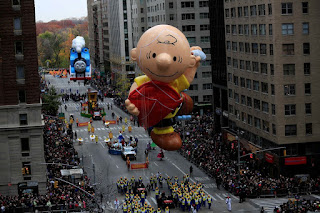 Here we are, Thanksgiving weekend. Hopefully we’ve had a nice gathering with our families and friends over a large (more than likely too large) dinner. Maybe you followed up the tryptophane – induced slumbers with Black Friday shopping or continued in semi-coma’s watching Football or binge watching something over the weekend. Over the weekend, people seemed to be moving into “the Holiday Season Mode” decorating inside and outside of their houses. Tuning into Christmas specials popping up on television more frequently then they had been since Columbus Day. One reporter on Friday speculated that people were so glad that such a divisive political campaign and election this year was over they were embracing the Christmas Season even more than usual as an escape from such negativity.

With all that in mind, this is one of these times where people might look at the Church as being unable to connect or reflect with the moods of many people. You definitely don’t get a Christmas vibe here… in fact, the one Christmas song we sing almost every Sunday, the “Glory to God in the Highest” we’ve ditched until we celebrate Christmas in a few weeks… The color scheme here isn’t Christmas green or red (or gold or white) but this dark purple – which is meant to be a reminder that Advent calls us to simplicity, to some fasting and penance… to soberly prepare for Christ’s coming. Not simply Christ’s first coming that first Christmas. But how Christ comes to us here and now, and even more urgently, for his Final coming when he will come for us at the end of time – either our personal end time at our deaths or the end of the world, whichever comes first.

I know how often I’ve felt this tension myself between wanting to throw myself into the “Christmas season,” and then being at Mass and hearing these dire warnings like we did in the Gospel. The basic message “STAY AWAKE, YO U DO NOT KNOW ON WHICH DAY YOUR LORD WILL COME.” That seemsmore appropriate around Halloween with a Vampire like voice. It’s too depressing to think about. 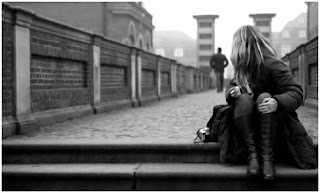 But if we’re honest isn’t that the problem? We don’t like to hear or think or even dare to talk about the end of our lives. And there’s never a good time to talk about it. Whenever we do bring the subject up, there’s a knee jerk reaction of “why are you bringing that up.” Then when death does hit close to home for us with the loss of a loved one or friend, many of us, even the most faithful of us, can feel completely unprepared.

The reality is that there were more than a few Thanksgiving tables where people were mourning and grieving (either outwardly or deep inside) the fact that loved ones who were there in the past weren’t there this year. And whether we like to think about it or not, we have to acknowledge that death is the one consistent among every human being – no matter how rich or poor, what race, religion, gender you are… everyone of us will die. And it’s unpredictable, as Jesus observes in today’s Gospel: Two men will be out in the field; one will be taken, and one will be left. Two women will be grinding at the mill; one will be taken, and one will be left. He’s not just something referring to the end of the world. Jesus is pointing out the seeming randomness of death. My brother on Thanksgiving morning was pretty shaken talking about how a custodian at the school he works at, who was his age, with three little kids – died the night before from an Asthma attack. I’m sure we’ve all heard and know similar stories.

But rather than letting this depress us, it’s meant to remind us of what’s most important. Which isn’t the cars, chiseled abs, Nike, clear skin, newest clothes (on sale for 50% off this Black Friday weekend) or any of the other stuff we’re bombarded with in terms of advertisements.

The important stuff is our selves, our souls, how we hear God’s word in our lives and try to respond to it – the joy that comes from that; the love we experienced as a result of that; the dignity and strength we discover after being tested and challenged throughout our lives. That’s why Jesus is sharing these stark words: stay awake! For you do not know on which day your Lord will come. It’s something that becomes more and more obvious as we get older, the realization of how much time we wasted on the most petty of stuff. Most of you returning tonight for these final weeks of the semester are starting to angst about finals, papers, projects… Here’s a truth for you – the day after my graduation from college – not one person ever asked me what my GPA was. Not that I should’ve blown off my studies and not worked hard – but I shouldn’t have been so anxious and obsessed about trying to get great grades (which most times I failed to achieve anyway) Same is true with many other endeavors and pursuits – people who work an abundance of hours not to make ends meet but simply for more wealth. Or those who invest an unhealthy amount of time and energy in sports, or TV programs; or games… Not that any one of those things are intrinsically bad – most of them aren’t. But often we can allow those things to become more important as away to numb us, distract us from these more eternal realities. The things that will become crystal clear with our eyes wide open for us on our death beds.

A Jesuit priest friend of mine, Fr. William O’Malley put it like this-

“[When I ] I own these truths, I never wake up grumpy.
“Oh, God. Another day!”
Nope. It’s, “Oh God! Another day!”
Many people worthier than I didn’t wake up this morning; I did. The number of our days is finite, so each one is incredibly precious. We don’t value dirt because we have so much. But the gold supply’s limited. Imagine squandering months of boredom, self-pity, hurt feelings – then dying? Imagine one day next week is your last. Some day will be. 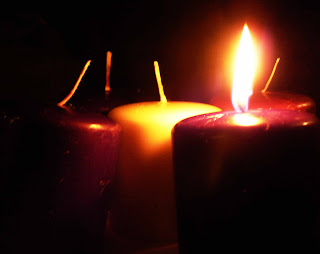 May this message not depress us, but be a gift for you and I to truly make this pre-Christmas season of Advent truly a time of recognizing that this lifetime of ours is precious and limited. Life is a gift that God gives us in order that we might come to know and love Him deeper, fuller, here and now in this world he Has given us: in the fellow creatures He has blessed us to share this time and space with – only as a glimpse of the eternity to come. May we use this season of Advent to truly behold God’s presence in all that is loving, in all that is beautiful, in all that is life giving and nurturing… so that we prepare to meet Jesus Christ, today, tomorrow and for all eternity.