Hi everyone, here’s my homily for the SOLEMNITY of OUR LORD JESUS CHRIST, KING OF THE UNIVERSE – November 20, 2016. The readings for today can be found at: http://www.usccb.org/bible/readings/112016.cfm . Thanks as always for reading this blog, for your feedback and comments and for sharing this blog on Facebook, Twitter and Reddit. Thanks again and a Happy and Healthy Thanksgiving to you and your families – Fr Jim 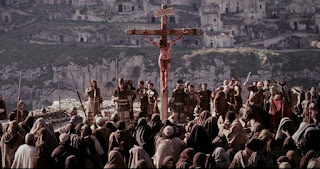 This Gospel unsettled me each time I read it. Which is a good thing – we should be unsettled when we hear part of the story of Jesus’ Crucifixion. But something stood out in a way that I hadn’t noticed before. In this short, 8 verse passage we heard these three quotes:

Let him save himself…

If you are the King of the Jews, save yourself

Are you not the Christ? Save yourself…
Three times Jesus is mocked, ridiculed with pretty much the same words… a cold and detached sentiment – “save yourself.” For me it showed a level of hatred I hadn’t noticed before.

We know that Jesus has been nailed to the cross, dying, not as a punishment for being a criminal that on some level you could argue “the guy is getting what he deserved” (not that anyone deserves that type of cruel punishment) With this repeating of the phrase “Save yourself”, we see the depths of evil. Because if Jesus isn’t God, as so many of them argued He wasn’t – then he was just some crazy guy, a blasphemer who was starting trouble. If that was the case, then the leaders, the guards, the passers-by wouldn’t need to stand there, witness this spectacle (they didn’t do that for other “criminals”)

Yet they make a point to be there, to witness it all. So if Jesus was just a crazy trouble maker, who they taunt over and over with a heartless “save yourself” to this poor man who was powerless and clearly dying… that seems beyond cruel.

The other possibility is even more frightening. That maybe they did recognize Jesus was who He said he was. That’s why it wasn’t enough just to have him sentenced to death… they wanted to be there. If that’s the case, at best, they’re putting God to the test – well Jesus supposedly you did all those miracles and stuff, let’s see you get out of this one Jesus.

At it’s worst, well, they decided to kill God.

Both sound so shocking that can’t be it, right? Which is why I think it bothered me so much. But let’s think about it. And we don’t have to look back at this scene as just some historic event; Good Friday of 2,000 years ago. Because isn’t this scene played over and over? Don’t we continue to put God, put Jesus to the test?

Then what? Then God is God? Then Jesus deserves my praise, my worship? Then I’ll know He loves me? And if not, if those things don’t happen – then… well, the alternative means what? That this has all been some colossal hoax, a 2,000 year conspiracy?. . . That Jesus is not really who he said he was? . . . That there’s no hope, nothing to believe in? Sitting in Church on a Sunday hearing those two extremes laid out like that, we can realize how unreasonable those two options are.

Yet when we didn’t get that promotion, ace that test, get that miracle cure, those lies told by the father of Lies enters into our hearts. The doubts and fears take root… We start to think that God doesn’t care. That Jesus doesn’t love us because he’s not operating the way we think he should be. We start to believe that there’s nothing left to do but to “save myself.” We start to go it alone, becoming stuck in a world of isolation. Thinking that because God hasn’t responded in the way I thought He should, I’m not interested in what Jesus has to say, how He wants to speak to my wounds, my pain, my fears… I’ve shut him out. I’ve convinced myself that I have to save myself. If that’s our reality, it’s easy to hear people look at Jesus on the cross and say, yeah Jesus you can go save yourself… 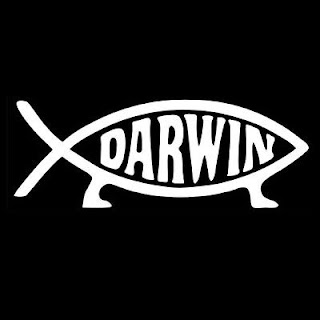 The other possibility – still plays out too.. That some desire to kill God and replace Him with a new one that seems more fashionable (the height of ego – we’d rather choose something that we ourselves have made). When that happens, Science goes from something that helps us unlock and explore the secrets to this complex and beautiful creation of His to trying to disprove His existence. Philosophy and Politics goes from reflecting on what it means to be a community, how to create a just society and how we should see and treat each other as made in His own divine image – to the state becoming a god itself and our value is determined by what we do for the government. At least with the first lie that “because God didn’t answer my prayers the way I wanted them – then he doesn’t love me” – we can say people fell for that because they are upset over some pain, some hurt, some disappointment in their lives. This second lie seems far worse because it’s so arrogant. We tell ourselves that we are masters of our own destinies. We have convinced ourselves that we can save ourselves…. For those who approach life from these vantage points, they can look at Jesus on the cross and want him dead, want God gone because they see him as a threat to even more scientific advances or being able to have more power and control over each other (as some ideologies have done throughout history). They arrogantly conclude Yes we can save ourselves… Jesus you should do the same.

Our King calls humanity to His throne – the wooden, blood soaked cross of His. The reality is that He could save himself – He could end the insults. Take out his enemies. And quickly get things under control once and for all. Make us subject to him demanding our loyal obedience.

He listens to the taunts being uttered at Him. Questioning His motives, Doubting He is who He says he is, as humanity sits as judge, jury and executioner. Instead of dealing with us on our own terms, he submits to the torturous death. He allows the madness of the crowds embracing of sin, and for the Father of lies to believe for this moment that they’re victorious as the chorus repeats over and over in its demeaning, condescending way “Save yourself.”

Jesus Christ our King, remains resolute. Looking past all of this madness, He remains committed to all of us, His brothers and sisters, His Father’s beloved, but sometimes misguided children – looking at us with His eyes of Mercy. And reigning from that cross Jesus Christ reveals the depth, the sincerity and ultimately the victorious authority of his Kingdom which is ruled by His Law of Love as he responds to all of humanity, I’d rather save you.