Latest News
Home /Blog/YELPing ourselves the center of the universe

Hi everyone, here’s my homily for the 32nd SUNDAY IN ORDINARY TIME – November 6, 2016. The readings for today can be found at: http://www.usccb.org/bible/readings/110616.cfm. Thanks as always for reading, sharing this blog on facebook, twitter and reddit – and for all your comments and feedback. Have a great week. God Bless- Fr Jim

Last week I got one of the most random emails I’ve received in some time. It was from Yelp! – the app on our smart phones that lets people rate and review everything from restaurants to fitness clubs to even funeral homes. The email went:

We miss you. We know you’ve been busy (really creepy… I mean I know this thing is on my phone but HOW does it know how busy I am????)

We think you deserve a break (ok, can’t argue with that)

We’ve got a few suggestions: (Okay)

Folks in Montclair have been wetting their whistles at Upstairs Restaurant (What? I don’t think I even know what that means) and dining out at Kim’s sushi (shows how much you know me Yelp, I hate sushi) That’s not all! Your neighbors on Yelp think that Crazy Mocha is the hottest new spot in town… have you checked it out yet? (No) Let us know what you think! See you on Yelp.

Obviously Yelp doesn’t miss me (cue the violins) They just want me to use their app and start reviewing things again – which I haven’t done in a long time. They’re not the only ones that do this sort of thing. You order a book off of Amazon almost a week after you’re asked to rate it and write a review (I thought I was done with having to write book reports) Or you download a song on iTunes, and they want you to rate that song on a 5 star scale.

While reading these reviews and stuff may be helpful for people when making a purchase for something or looking for a new place to eat, one of the by-products of all of this reviewing, opining, rating places, things (even people) is that it has helped create this atmosphere, this belief where we start to believe we’re a professional critic on almost every topic -even if we have no idea what we’re talking about. That we deserve to be catered to. That our opinions are of great importance that if we’re not attended to the way we think we should, we’re going to help bring those who brought that cold soup or made us wait for our tables for 15 minutes — down. I know I’ve done it. You can find my reviews… A couple places I reviewed really ticked me off, for a variety of reasons and one way to get my frustration out or getting even was a scathing review.

In some ways, doing this, we buy into the lie that we are the center of the universe.

We’re not the only people, the only generation to fall for that temptation. Which is what we see in today’s Gospel. Over the last few weeks in the Gospels we’ve been hearing this back and forth between Jesus and the Pharisees…. The Pharisees, were a group of Jewish scholars. Tonight we hear about a different group of Jewish people, who were rivals of theirs: The Saducees. The Pharisees economically would’ve been more your middle-income people. The Saducees were the power brokers – they were the Chief Priests of Judaism, they were wealthy. What also separated them apart from economics was different religious beliefs. The Pharisees believed in eternal life, the Saducees didn’t. So even though they were both groups of Jewish people, the Pharisees and the Saducees couldn’t stand each other. They had debated, argued between each other. Think Republicans versus Democrats.

Yet, they were able to unite together on one thing… their hatred of Jesus. They didn’t want to be called out by Him. Sure they disagreed with each other, but they’re thinking who’s this guy telling us we’re wrong. They didn’t want to even entertain for one second that their vision of the world might be a little bit off. Rather everything (and everyone) needed to conform to their idea of what the universe was – including God.

That is what’s at play in this scene in today’s Gospel. The Saducees are proposing this bizarre hypothetical question to Jesus… (just an aside, had I been there, I might have asked – after the third brother died, didn’t number 4 or 5 or 6 or 7 think twice before marrying this widow – this brother killer?) Anyway, they’re not asking because they were really interested in what eternal life would be like, the eternal life Jesus was inviting them, the Pharisees and each one of us to experience. They’re simply too busy trying to discredit Jesus. They’ll ask another question, they’ll look for some other stumbling block, they’ll try to find another bone of contention rather than even care to hear about this invitation Jesus is offering.

The Saducees and Pharisees unite in their closed-mindedness. They unite in their sinfulness… being able to turn their gripes with each other aside to unite in hatred for Jesus mostly because they didn’t want Him to change the balance of power they were already fighting over.

And that united hatred blinds them to recognizing Jesus as their only hope of truly knowing that God is not God of the dead, but of the living, for to Him all are alive.

For you and I, we have to be careful not to fall into the same trap, where get wrapped up in ourselves, our worlds, our concepts of what things should be. Thinking that we’re the center of the universe and that even God needs to fit into what our opinion or our vision of how things should be. When we do that, we start to look to Him only for some kind of divine endorsement or affirmation to agree with our ideas of things. 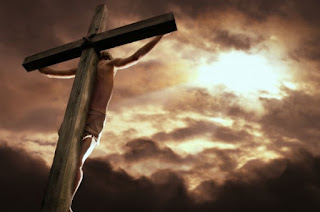 When we make Jesus the center of our life – as difficult as that is on a daily basis:

– we recognize we have to be the agents of reconciliation and forgiveness; when we’d rather God strike down our enemies.

– we respond to the call to be merciful in taking care of those less fortunate, those struggling, those in pain; rather than thinking God will send someone else to take care of those people.

– we expand our visions, our imaginations, our hearts to sharing the Gospel with others because we have recognized what this good news is and how important it is to share; instead of remaining closed off with our closed circle, closed community of people that we’re comfortable with

May we be humble enough to hear Jesus calling us to be open to truly recognizing our Lord – Father Son and Holy Spirit. He who loves us enough that He choose to create us, to give us this precious gift of life; rates us worthy to have come to earth, and to offer us the even more precious gift of eternal life through Jesus’ death and resurrection. Not because of anything we did or demanded – if anything, He offers us this in spite of some of the things we say and do. But simply because – he loves us so much that we, each and everyone of us, that he looks at us as the center of His universe.