Hi everyone – here’s my homily for October 23, 2016, the 30th Sunday in Ordinary Time.  The readings for today can be found at: http://www.usccb.org/bible/readings/102316.cfm  Thanks as always for reading, sharing this blog on Facebook, Twitter and Reddit – and all your feedback.  Hope you have a great week!  God Bless- Fr Jim 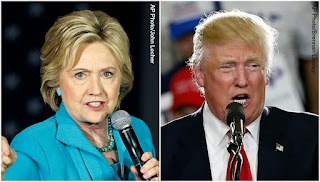 HOMILY:
17 days and it will all be over… Then again, the way this campaign season has gone, it might be correct to say God willing – it will be all over or maybe God help us – it will be all over. Every four years with each Presidential campaign people claim that this is the most important election in our lifetime; it’s the most negative election in our lifetime; and that people can’t wait for it to be over. But it seems, or feels this year like that’s particularly true. There has been stories about people being extremely stressed about the election; polls are reporting that majorities of people are voting out of fear of the opposing candidate rather than for the person they’re voting for. The negativity and tension has gotten more personal between the candidates and even among their supporters – as we hear stories of people ripping signs for Trump or Clinton off of people’s lawns or damaging cars with different political bumper stickers on them; friends and family members getting into fights and not talking to one another anymore; and so on.

The ugliness of it all really struck home for me the other day. At Mass, we had come to the prayer of the faithful, and one of the intentions was for our elected officials and those who will be elected. In that moment, just picturing both candidates – and hearing that intention, a friends description “I can’t believe one of these two maniacs is going to be our President” came to mind. Just thinking about it, I was so aggravated with both of them. Almost instinctually I even said to myself I didn’t want to pray for either one of them. That moment really got to me and bothered me all week… 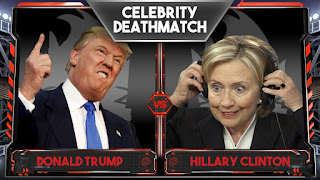 Because I recognized later how I’ve allowed myself to be convinced by the lies of the evil one. The same evil one who has manipulated people on both sides of this campaign to demonize the other candidate; or the other candidates supporters… The same evil one that has helped us destroy civil discourse and constructive, logical, reasonable debates into some fiasco that’s part Soap Opera, part UFC cage match fight complete with instant polls allowing people to vote “who won” so we can all participate in this slimefest… Well that same evil one helped turn me into having some feelings of moral superiority, arrogance and just really a lack of charity in my heart for both Mr Trump and Mrs Clinton. Like all sin – it doesn’t do any good for anyone. It doesn’t help me at all. It doesn’t help these candidates. It sure doesn’t help our country and God is not glorified at all.

This all really hit home the more I kept looking at these readings tonight: Think about what we just heard – In the first reading, the writer from the Book of Sirach states pretty upfront – “The Lord is a God of justice who knows no favorites.” God has no favorites. Each and every one of us is His creature. In a talk to college students a few years ago that I was attending, this keynote speaker made the observation “that God loves the Pope as much just as much as He loves the prostitute.” When we hear that, there’s a tendency to say, yeah I know we’re supposed to say that and all… but, come on????really????

Yet if we don’t believe that, what hope does any one of us ever have?

Think about it. If we want to get into a moral superiority game or competition there’s two options – we’re either going to lose or just give up. Because there’s always going to be someone who’s just a little holier or got a better handle on something, or resists a specific temptation better. So if we live in competition with one another, we’re simply waiting to be one-upped by someone else (which results in us looking for ways to keep knocking everyone else down to size, looking for their flaws to feel better about ourselves)

Or the other option, we’re just going to give up. If we fall for the lie that we’re all messed up, we’re all sinners and there’s nothing we can do about it, we can become hopeless and completely forget who Jesus is and why He came to us. Thankfully St. Paul in that second reading is here to remind us what that is – which is our reason for Hope. That the Lord wants to “rescue [us] from every evil threat and will bring [us] safe to his heavenly kingdom.” 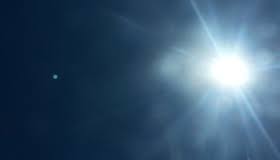 That’s the whole point for all of us trying to resist sin, trying to be holy. Because eventually we want to be with God forever. As we get distracted by the glow from our televisions, computers and phones – we forget that it’s not about this world… It’s about wanting to be with God for all eternity.

Yet God doesn’t want us to simply wait for that to happen. He wants us to begin experience that now and help each other to get there. He wants us to experience that amazing love that imagined us into existence. Just think of that. You and I mean that much, matter that much to God that He imagined us into being. That God has dreams for you and I. And each of us and each of the dreams He has for us are so beautiful, so important to Him that not even our worst sins could ever wipe that away. We might make things unnecessarily harder for ourselves and it might take longer for those dreams to become realities when we sin. But He offers up His own Son to fill that gap between the life of sin we’re in and that new life in His Kingdom we want to enter into. Which is why Jesus wants us to focus on that rather than on how we rank in relation to one another.

That’s what Jesus is trying to point out in this parable: the Pharisee gets so caught up with himself, that he ends up not praying to God. Oh he’s talking to God, but only to make sure God takes some time to worship him! Just look at what the pharisee says – He uses the word “I” 4 times and in those few short lines. It’s all about what he’s doing – “God I do this and I do that and I’m not anything like that guy over there.” God becomes an afterthought. The Pharisee wants to make sure God was keeping acurate records to see how good he was and how messed up the other guy is.

On the flip side, the tax collector never uses the word “I.”

He knows that he’s a sinner.
He knows his life is a mess.
He doesn’t need help from others pointing that out.
He needs help getting out of the mess he’s in.
He needs Mercy.
He needs Forgiveness.
He needs God and he knows that only way things are going to change in his life is by God showing him Mercy – By God working in his life. By the tax collector letting God be God and letting him into his heart and soul things can change for him.

As Election Day grows closer, it’s obvious more than ever that we live in some pretty wacky times. Political observers speculate whoever wins will enter the White House will do so as one of the most unpopular President-elects in history. Even more troubling is the reality of how divided we are as a nation, as a people are becoming– all of which are signs of the evil one who thrives on division. So we have to be really careful and remember that at it’s most basic level the goal of all sin is to turn people away from God and turn people against one another.

What can unify us is remembering, even in the midst of this polarizing time that God desires that each and everyone of us will be a part of His Kingdom – in eternity for sure, but that Kingdom is to begin here and now. The Lord loves Mrs. Clinton, Mr. Trump and each and everyone of their supporters as much as He loves me and you. My sins sadden Him as much as those we like to point out between both of these two candidates as much as anyone one else’s does.

Jesus is asking us to consider the possibilities if we stopped tearing one another down and instead began trying to help one another to truly live for Him now and desire only Him for all eternity. Whether you choose to vote or not – Whoever you vote for, or vote against, outside of that decision at the ballot box, we’re challenged to pray for both of them (realizing one of them will most likely be our President) Praying that God will have Mercy on both of them, on me, and on each and every one of us us sinners… knowing that He does and truly desires to share that mercy with all those who call upon Him.