Hi everyone – here’s my homily for the 29th SUNDAY IN ORDINARY TIME – October 16, 2016.  The readings can be found at: http://usccb.org/bible/readings/101616.cfm .  Thanks as always for reading, sharing this on facebook, twitter and reddit – and for your comments and feedback.  Have a great week –  Fr Jim 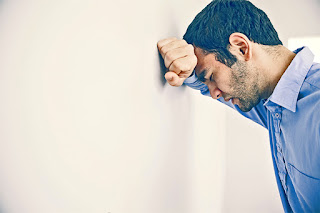 Jesus told his disciples a parable about the necessity for them to pray always without becoming weary.

It’s rare that the Gospel identifies right from the get-go what Jesus’ intention was in telling a parable. It’s also rare that it would end with a rhetorical, somewhat puzzling question that has stuck with me all week: when the Son of Man comes, will he find faith on earth? In between that we hear this somewhat off putting parable. Jesus tells this story of a widow demanding justice from an unjust judge, who eventually wears the guy down out of her persistence to give her the justice she deserves. The point Jesus’ was making is that God who isn’t an unjust judge – rather the complete opposite, a Father who intimately cares about us, who knows our every need, our every fear, our every pain – How much more will He to be attentive to us when we remain faithful and turn to Him with our needs.

The more I prayed with this, the more it seems to me that Jesus is acknowledging how hard prayer can be for us. That he understands that we can become weary when bad things keep happening – when someone loses their job, when someone goes through a break up, when someone feels betrayed or let down by a close friend, when someone gets sick, when someone dies. That we can be tempted to give up, wonder what’s the point, what’s the use to praying when things don’t improve. That the doubts can take hold when our prayers don’t seem to be answered.

One time that I really felt like that was during my senior year of high school. My birthday being in November, I was one of the last in my class to turn 17 and get my drivers license. That’s really one of the greatest feelings you experience at that age – that sense of independence. I remember thinking how amazing it was to be alone in the car driving back to High School that day I got my license. Well a few days later, I convinced my parents (after a whole day of furious arguing) that I should be allowed to drive some friends to the movies. It was going to be my first time driving at night. It had been raining all day, and they were concerned – not because they didnt trust me, but because I didn’t have enough experience driving (by the way, it couldn’t have been a lamer plan – we were going to see Home Alone). Finally, after a whole day of fighting (and using my ace card of you-never-did-this-to-my-brothers) my parents gave in. I picked up my friends. All in all, there were going to be three friends with me (that was the one lie I had told my parents – I was only supposed to have two people in the car with me – but I thought what’s one more?).

I had just picked up the third person, and started to drive. It was pretty dark out, even at 7:00. I was in an unfamiliar part of town – but I saw the main street up ahead, which was pretty well lit up, and I just focused on getting to that street . . . Not even realizing I had pulled into another intersection . . . not even realizing I had gone right through a stop sign – with a car coming right at me. The car slammed right into my truck – we spun practically 360 degrees, finally coming to a stop by crashing into a curb. I remember I couldn’t even open my door, and all I could see was someone lying on the ground. 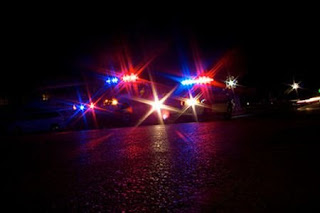 I climbed out of the passenger side of the car and looked down. It was the girl who had been sitting right behind me. She had crashed through the rear passenger window, and was on the ground, unconscious, with severe internal injuries – so severe she needed to be airlifted to a trauma center in Newark. The rest of the night was filled with interviews by cops, tests to make sure I hadn’t been drinking (which I hadn’t) or taken drugs (again a no) – and it was finally determined to be just a terrible mistake, an awful accident. I went to the hospital to see my friend in a coma, with doctors unsure of her prognosis – and I kept apologizing over and over to my friends, my family .

No one could comfort me – in fact, I didn’t believe I deserved comfort when I still didn’t know if my friend would live or die – or would have to live with permanent disabilities. The pain I felt, thinking that my friend could die because of a terrible mistake I had made, was one of the darkest nights of my life. I truly felt loneliness like I’ve never experienced. I cried like I’ve never cried before. I not only had this guilt that my friend’s life could be over, or ruined – but kind of felt that mine was ‘over’ as well.

I had been a good kid – The only high school senior who was still an altar server; volunteered at the parish – why did this happen to me? I got home, went into my bedroom and started to sob again, as I looked up at the cross over my bed and just said, “Jesus I don’t even know what to do – help me”. I knew he couldn’t make the clock turn backwards and restart the whole night (or if he could, technically, because he is God, but I didn’t expect that to happen). I almost couldn’t believe my prayers for my friend mattered (since I had been the cause of it all) – I really didn’t know what I needed – I didn’t even know what to pray for.

But – the thing was I knew Who to go to. Which is why today’s Gospel triggered this painful memory. What did we hear Jesus say: Will not God then secure the rights of his chosen ones who call out to him day and night? In the midst of my prayer that awful night, came a remarkable peace when I felt like I heard a voice in my heart saying “Everything’s going to be alright, just have faith in me.” I didn’t know what that meant, but I believed it. It was so real that I actually was able to fall asleep, and wake up the next day, even momentarily forgetting what had happened the night before.

In the days, weeks and months that followed, that one moment of peace was all I had to hold on to. We never had the miraculous healing I had wanted. I wanted my friend to wake up that next morning, 100% better, maybe be back in school in a couple of days, and for everything to quickly get back to “normal”. In reality, her recovery would be a lot longer, and more painful than I can ever imagine, even to this day. The set backs she would suffer, the worries all of us had for her recovery, kept re-emerging in new and varied ways fueling fear and guilt, throughout my senior year. It was hard to keep praying, it was hard to keep the faith when I didn’t seem to get any signs, messages or anything other than that one moment that first night when I felt the Lord promising me things would be alright…

At one point a few weeks later, I overheard a relative speaking to my Mom and saying “You see, that’s why I don’t believe in God – Jim’s such a good kid, he never does anything wrong and something like that happens to him… what’s the point.” Something just clicked in my head – I remember thinking to myself – God didn’t cause this accident – that was my fault – But I knew that He was what was getting me through this. From those first moments of complete aloneness, complete isolation, complete darkness – where I felt totally unlovable because of the mistake I had made – where I felt that no one would ever be able to forgive me (especially if the worst had happened, which it could have) – that night Jesus was with me in that horrible void. In the days and weeks and years that followed, I was able to accept and believe in the people Christ sent into my life to help me through this painful time. And months later to give thanks to God, that my friend was finally able to return to school and to some of her life before that horrible night.

Jesus in tonight’s Gospel seems to acknowledge that at some point, every one of us will ask the question Is God worth the trouble, the investment, the bother. We go through some dark night, (that maybe goes on for much more than a night) and feel God is nowhere to be found and we can become angry and frustrated. We feel weary and that temptation to give up seems more reasonable than persisting in prayer.

It is in those moments of despair, of pain , of abandonment, of betrayal that we have to trust even more than before that God is listening, is present, is attentive. We almost have to double down and persist in our prayer. 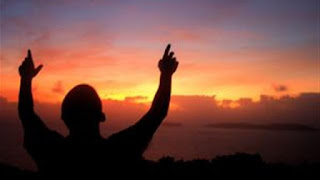 Not because he doesn’t know our needs. In fact scripture tells us that it’s the complete opposite – Jesus has told us He knows our needs even before we ask them. So when we reach out to Him in the midst of whatever difficulty it is we’re facing, prayer is more than just a cry to tell God what’s the matter, but a reminder to ourselves that God is near . . .He is with us . . . He is by our side in whatever battle we’re facing. And when we recognize that, we begin to reaffirm or discover anew that:

God is our ally
Faith in Him is our strength
and prayer is the expression of this faith. (Pope Francis, Oct 20, 2013)

As we live these realities, we begin to in our own simple ways respond to Jesus question – when the Son of man comes, will he find faith on earth? – with a heartfelt, confident, Yes Lord.