Hi everyone, here’s my homily for the 27th SUNDAY IN ORDINARY TIME – October 2, 2016.  The readings for today can be found at: http://usccb.org/bible/readings/100216.cfm. Thanks as always for reading, commenting and sharing this blog on facebook, twitter and reddit. Grateful for your support and interest.  Have a blessed week!  – Fr Jim.  (PS – if you’re in the area, Tuesday night we have an Exorcist coming to speak to us here at MSU.  Check out our website www.MSUNEWMAN.com under “Bulletin” for this week’s edition with details) 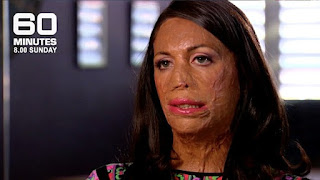 A couple of years ago, 28 year old Australian model and marathon runner Turia Pitt made international headlines. Not because of some lucrative deal she had signed; endorsement she had landed or competition she had won – but for something far more heart wrenching. While out on an ultra-marathon in 2011, she got trapped in a grass fire which resulted in her being burned over 65% of her body and having several amputations. After suffering such a life-threatening trauma, it’s a miracle that she’s still alive. She spent over 2 years in the hospital, most of that time wearing a compression stocking over all of her body. She endured over 200 surgeries, including radical reconstruction of different body parts. She had to fight to get out of bed. She had to fight to walk again. She had to fight to accept the disfiguration that has resulted from all of this.

One of the most important people in her life has been her boyfriend Michael. They had dated for years… as he explained it, he had fallen for his “whip smart, bubbly and gorgeous” girlfriend so much that he quit his job as a police officer and went to work as a miner in the Western part of Australia where she lived just to be closer to her. After the fire, he remained by her bed side every day 7 am to 7 pm. Eventually he would give up his job to be by her side, and help her conquer the mental battle she was engaged in to try to find that will to live, which he did. As Turia explains “If he believed in me, I had to believe in myself.”

Looking at the pictures, reading the incredible, long, painful road to recovery that she is still on – can be overwhelming. People reflecting on this story just exteriorly might think how sad, how cruel, how awful this was – this is – for this young girl and her family to have to suffer through. Or we can see something deeper, a small but not insignificant – in fact quite remarkable story of love, of perseverance, of faith – that if we allow it to, we can’t help but be changed a bit just in reflecting on it. That’s the thing though we have to look for it… We have to work for it.

Because it’s normal for us to want the Disney/Hollywood happily ever after story endings. We want to hear she survived, went through a surgery, recovered and life went back to what it was before. But as we get older, we realize – rarely is that the case. 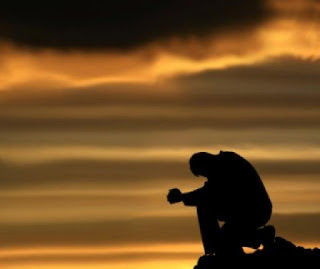 That realization can be even more challenging as people of faith for those of us who make it here to Sunday Mass. Because we’re here, because we believe, – there’s almost this unwritten, unspoken presumption on our parts that we’re immune from these bad things from happening. Or if by chance the devil is successful in wreaking havoc on us, that we’d bounce back really quickly with God’s help. Yet the bad things happen and more often we’re left with all kinds of questions usually beginning with Why –

Why did this happen?

Why is this person sick?

Why did this person die?

Why did I lose my job?

Why do I feel alone, abandoned?

Why do I feel unloved?

In our first reading today – Habakkuk, a prophet of the Old Testament – (while confronting a different circumstance) asks God the same question – Why God? Why are we good people suffering? Why do you seem distant as we’re being surrounded by destruction? No, you didn’t miss something in the reading – God doesn’t give a clear answer to the prophet. That this prophet asked such a question almost 3,000 years ago should tell us something: Suffering – and what appears as God’s not dealing with it – has been and still is one of the biggest obstacles for people to be a believer in God. And it’s a stumbling block for people to be a follower of Jesus Christ.

Because look what happens in the Gospel we just heard . The apostles come to Jesus and say “Increase our Faith.” They were wondering where God was or what following Jesus meant after they had encountered real suffering. In the scene right before the Gospel we just heard, the apostles had tried to heal a sick child and weren’t able to. That’s why they ask Jesus to “Increase our Faith” – in a sense they’re saying “Make us more powerful Lord” and what does he say? “If you have faith the size of a mustard seed, you would say to this mulberry tree ‘be uprooted and planed in the sea’ and it would obey you.”

After this really awful encounter that the apostles had, an experience where they had to have felt ineffective, were disappointed in themselves, probably sad – Jesus basically says to them “you have a very, very meager faith.” I could hear the apostles thinking Oh so it’s our fault now? We don’t believe enough?

No. That’s not what Jesus is saying. Not that his answer would satisfy everyone who is dealing with sorrow – who is confronted with suffering – who is in pain right now. But what Jesus’ is telling us is that if we truly have Faith – great things can happen.

If we have Faith, we can re-imagine the world.

If we have Faith, we can change the world.

If we have Faith, we can have extraordinary powers that topple what people call “conventional wisdom”

The problem is we want this Faith to work like magic. We think “OK God – I believe in you – REALLY I do – so heal this kid of cancer.” And when it doesn’t work – that’s our reason to NOT believe anymore.

But that’s not Faith.

Faith finds God’s presence, God’s action in the midst of life – in the midst of our worlds – in the midst of all the good and bad things and still believes that God will win out in the end. That yes, death will be defeated, that yes, suffering and pain will end. That God is working with us and through us to make that happen here and now in all kinds of ways. The problem is it might not be in ways we would choose ourselves – we want the miraculous cure as we lay hands on a sick person – we want to bring our friends and relatives back from the dead. 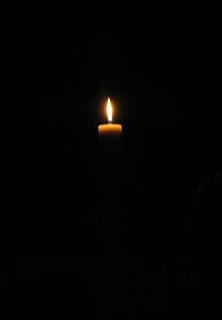 Pope Francis so beautifully explained in one of my favorite quotes of his: “Faith is not a light which scatters all our darkness, but a lamp which guides our steps in the night and suffices for the journey. To those who suffer, God does not provide arguments which explain everything; rather, his response is that of an accompanying presence, a history of goodness which touches every story of suffering and opens up a ray of light. In Christ, God himself wishes to share this path with us and to offer us his gaze so that we might see the light within it. Christ is the one who, having endured suffering, is “the pioneer and perfecter of our faith” (Heb 12:2).“

In other words, we’re not suppose to have Faith in our desires – rather Faith in God and believing that He works – sometimes He works in incredible miraculous ways, sometimes in small mustard seeds that won’t be able to be appreciated for some time – but we have to come back to believing that he works with us, through us and all around us.

Turia Pitt’s boyfriend Michael, while she was in intensive care, while it was still unclear if she would even survive promised himself “if she lives, I’ll marry her.” He purchased an engagement ring while she was still in the hospital and popped the question a year ago – to which Turia said yes, and they hope to get married this year. In a follow up interview a reporter from CNN asked him “Did you at any moment think about leaving her and hiring someone to take care of her and moving on with your life?” Michael 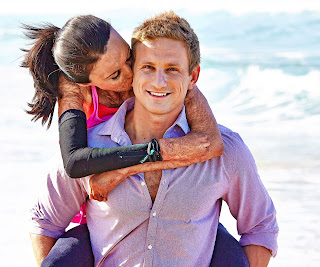 explained “I feel in love with her soul… she’s the only woman who can continue to fulfill my dreams.” For me I was blown away by that incredibly moving response of his – but was also taken aback by the question in the first place. It kind of sadly reveals how we expect people to respond: that because she suffered such a tragedy; doesn’t look as beautiful as she once did; that no one would blame him for wanting to find someone who looked better, who didn’t require so much care – especially since he is so young. Yet, their love story has continued to touch countless people around the world – and their new life where they travel the globe hiking and raising awareness for a charity that provides free reconstructive surgeries for people in poor countries or where medical care is inadequate is transforming lives of those in most need.

No doubt each and everyone of us tonight has our own lists of intentions, and prayers. And some might be incredibly challenging – Mom is out of work; Dad is sick; a friend has died. Our being here is in part a sign of our love for them and our seeking God’s presence… looking for answers, looking for power and strength to solve those issues as we too want Jesus to “increase our faith.” Very gently the Lord points out – we already posses all the faith necessary. We don’t need an increase of faith – but rather an increase of trust in Him …