Latest News
Home /Blog/CATCH ‘EM (or HIM?) ALL

Hi everyone, here’s my homily for the 25th SUNDAY IN ORDINARY TIME – September 18, 2016.  The readings for today’s Mass can be found at: http://usccb.org/bible/readings/091816.cfm .  Thanks as always for reading, your feedback and for sharing it on Reddit, Twitter and Facebook.  I’m grateful for all your support!  Have a great week and God Bless – Fr Jim 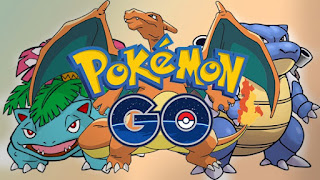 Starting my 9th year working in Campus Ministry, its hard to say that I’m surprised by much anymore. So when those moments happen, they are a bit more surprising. This past Monday night was one of those memorable moments. I was asking the members of a fraternity what they did over the summer. Expecting variations of stories about places they traveled, classes they took, jobs they held – I wasn’t prepared for this answer- I was obsessed playing Pokemon Go. As the one guy shared his achievement/frustration being stuck at level 20, another student who had just shared how he was in the country Turkey for a study abroad experience was sitting nearby. In an attempt at making a joke, I asked him what level he achieved in Pokemon Go over there. Shockingly he answered with complete seriousness “I didn’t get too far, they didn’t have a lot of locations over there for Pokemon Go.”

As some of you know I don’t have much of a poker face, so I felt bad when a third member chimed in saying “Father Jim, I wish you could see the look of genuine disgust on your face right now.” I don’t think it was disgust… or I should say I didn’t intend it to be. I guess I just assumed that this wasn’t something college students would be into. High School – Middle School – yeah… but men starting their junior year in college – not so much. 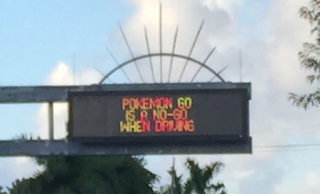 But as it was pointed out to me, considering you need a smart phone, you need to be able to travel to catch these virtual things – I guess I just missed how the college aged and even those outside college age people are fascinated with this game. Obsessed even. It didn’t take too much research to find out how people have crashed their cars while playing this game; another guy fell off a cliff (ignoring No Trespassing and Do Not Cross signs by the way… ) and a third story that I can’t share at Mass but will add to my posting this online- just to show the disgusting lengths people have gone to: (Man Accidently urniates on kid while hunting pokemon’s – http://www.inquisitr.com/3341656/pokemon-go-accident-man-accidentally-urinates-on-kid-while-hunting-pokemons/)

Outside those extremes though – there is a great number of people that seem genuinely excited at the prospect of trying to “catch ‘em all”. Even though it was only released two months ago – Pokemon Go became a global phenomenon being downloaded over 500 million times and becoming the most used and profitable mobile app of 2016.

What gets you excited… Or what are you obsessed over… Really passionate about? Fantasy Football? Work? That band you’ve seen in concert 19 times and counting? What is the something you really love to do, or at least people would think that you do by the amount of time and energy and resources you exert on something?

The Gospel today contains probably one of the most off-putting parables we’ve heard. Because Jesus seems to be commending some questionable (at best) activities by this steward… even acknowledging that he’s being”dishonest” in his actions. What is Jesus getting at? The steward had “squandered” the rich man’s property. He has made a complete mess of things. He botched up what had been entrusted to him.

Realizing what he had done, knowing that his job was on the line – a job that did mean a lot to him, since he admits that there’s really not a lot else out there that he was equipped or motivated to do – he somewhat craftily goes from person to person, from debtor to debtor and works out all kinds of new deals. Sure it would’ve been much better had he not gotten into the mess in the first place – but once he had, rather than simply giving up, he gets this single minded, laser like focus to do whatever it was to accomplish the task before him. As he does, he is able to turn the whole thing around. 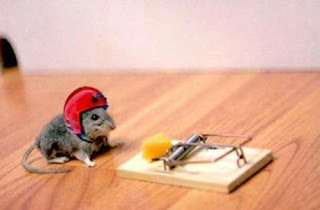 Whether it’s the Pokemon Go player “catching them all”; the athlete spending months or weeks preparing for their big match; or the steward who wheels and deals to turn around a man’s business – what Jesus is admiring is how determined, how committed to things that we can become when we get passionate about something. Most likely, every one of us can see that’s true in all of our lives. Whether its rattling off stats of players and teams you follow; playing an instrument, learning how to cook, or playing Madden Football on X-box – as individuals, when we find something we’re really interested in, something we enjoy, something that’s important to us, we become invested in it. Some even make sacrifices for them.

What Jesus is challenging us on is how committed, how single minded are we about bringing about His Kingdom here on earth? How focused are we on serving Him? How passionate are we about this faith of ours that promises us eternal life? How consumed are we with trying to live by the teachings of the Gospel? Or are we so focused on the things of this world, the things that we’re interested in that we forget God — let alone put him at the center of our lives.

Jesus isn’t saying you can’t get excited by the things that we’re passionate about… He’s not saying you have to delete Pokemon Go from your phones, give up sports, you cannot have any hobbies – to prove you love Jesus more than those things. The things you’re passionate about – the interests you have are part of what makes you so uniquely special in this massive masterpiece that the Lord has created. 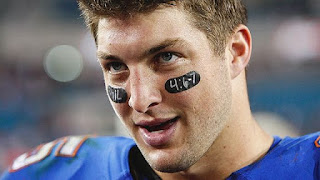 The challenge is to take those gifts, to take ourselves and to put them at his service. Being creative in using any and everything in bringing the Gospel to others. The name Tim Tebow comes to mind as someone who has been able to take his athletic career and has become a bit of a celebrity because he was unabashedly one of the few Christian athletes who really testifies and witnesses to his faith, who used any of his fame, his talent, to glorify God – both on and off the field… so much so people couldn’t help but root for the guy and wanted to watch him and watch him in his pursuits.

For us, we have to start by acknowledging and being grateful for who we are – how God has fashioned us – recognizing how gifted, how blessed, how unique each and every one of us are. That we possess great ability and great potential which is revealed every time we strive to excel at these different desires that we have. But not to turn in on ourselves, lose ourselves in those pursuits, and fixating on accomplishments and achievements where we risk losing sight of the one who gave us those gifts and talents in the first place.

Instead, we have to renew ourselves in being passionate about Him and serving Him — utilizing all of those gifts and talents to glorify Him… recognizing that we belong to God and His Kingdom. Knowing that who we are – who we are to fully become can be found in our relationship with Him. Then we will testify by our lives that we truly only have one “Master” who matters… that we belong to Him… both here on earth and in eternity to come.