Hi everyone, here’s my homily for the 22nd SUNDAY IN ORDINARY TIME – August 28, 2016
The readings for today’s Mass can be found at:  http://www.usccb.org/bible/readings/082816.cfm.Thanks as always for stopping by to read this blog; for sharing it on Facebook, twitter, Reddit and elsewhere on the Internet – and for all your feedback and comments.  God Bless You and yours and have a great week! Fr Jim

LAST COMMERCIAL!  Thanks to everyone who’s helped with the NEWMAN CATHOLIC 2016 SUMMER APPEAL – We’ve hit over 50% of our $20,000 stretch goal for this year…   We’ll happily accept donations any time, but we hope to close the appeal this Friday as we enter Labor Day Weekend.  Please check out our website for  nformation:  http://www.msunewman.com/#!appeal/cbjb  We appreciate your consideration and your support! 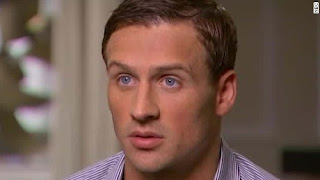 So the 2016 Rio Olympics are over: The medals have been awarded; the olympic flame has been extinguished; the athletes have returned home – jubilant at their accomplishments, frustrated by their performance or somewhere in between. In the midst of all those stories though, has been one of the most bizarre episodes that hasn’t seemed to go away.

You probably can guess what I’m talking about. The bizarre case of Ryan Lochte. For those who haven’t heard (or lost track of it) The story started on Sunday August 14th when there were rumors spread of a burglary that took place of some Olympians, which was followed by Ryan Lochte’s mom telling USA Today that her son had his wallet stolen. Spokespersons for the Olympics pretty quickly denied the story, but then Lochte was interviewed by a TV reporter Billy Bush and confirmed that he was indeed robbed saying “We got pulled over, in the taxi, and these guys came out with a badge, a police badge, no lights, no nothing just a police badge and they pulled us over. They pulled out their guns, they told the other swimmers to get down on the ground — they got down on the ground. I refused, I was like we didn’t do anything wrong, so — I’m not getting down on the ground. And then the guy pulled out his gun, he cocked it, put it to my forehead and he said, ‘Get down,’ and I put my hands up, I was like ‘whatever.’ He took our money, he took my wallet — he left my cell phone, he left my credentials.” He repeated the story or a variation of it to Matt Laurer.

The Brazillian Police, who were already under great scrutiny about out of control crime before the games even began, were not taking this lightly, and quickly felt something wasn’t right about the story. While Lochte flew home, two of the others involved in this story were taken off the plane by the police and questioned. Soon, the real story emerged. These guys were never held up, but rather, had been drunk, doing some stupid things in public.

The kookiness of all this has left many people thinking Why – Why would he invent such a bizarre story, continue to lie and tell it; and then appear somewhat shocked when the truth came out. The NY Times weighed in with their answer in the headline: For the Spotlight, Lochte was ready to do anything. They speculated that Lochte has been jealous of Michael Phelps as they are both swimmers, both nearly the same age, both highly successful – but Phelps being far superior with 28 medals (21 gold) and Lochte with 12 medals (6 gold). As the writer put it: 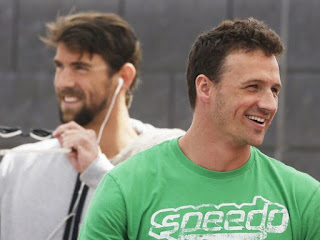 In the two weeks since this all happened, the story continues. Lochte has given some interviews where he’s (sort of) apologized… He’s lost two sponsorships; gotten some offers for other sponsorships from not the most family-friendly companies… Brazillian authorities want him to stand trial for whatever charges they’ve come up with. Meanwhile, on Thursday reports came out that he would be on the TV show Dancing with the stars. All of which kind of bolsters that theory: That Lochte wasn’t satisfied with being a bona fide, respected, Olympic Champion. That the desire to distinguish himself from Phelps, the desire for more attention, more fame drove him to become somewhat unhinged in this bizarre story playing out before all of our eyes.

In other words, he couldn’t rejoice in who he was… He wanted to be something greater than who God made him to be. And he decided to take whatever means necessary to distinguish himself even if it meant making false reports, lying about it to an all-too willing media who loves following celebrities (especially when they implode)

I couldn’t help but thinking that if Ryan Lochte was at this dinner in today’s Gospel, it’s obvious he didn’t think he was sitting at a good enough table.

Why are such temptations so, well tempting? To want to see ourselves differently than how God sees us? To think we have better plans than He does? And then go about attempting to pursue them using any means possible to achieve them?

In this Gospel encounter – Jesus doesn’t have a problem with the Pharisees wanting to have this dinner party (otherwise he probably wouldn’t have attended). The problems begin, as they always do, whenever God is removed from the picture. Which is what happened here. All of a sudden this dinner party isn’t a dinner party. These Jewish leaders start to see the gifts of wealth that they enjoyed, being people of power and influence as things they deserved, were entitled to, and ultimately became obsessed over. In the process, they forgot that God had given them the abilities and opportunities and gifts to be in those positions and that they were still His children. They stopped remembering that and instead saw themselves as something different, greater, more important than being God’s children. So first they exclude some from there banquet, then they start trying to outdo, outshine each other (I should sit at the head table!) 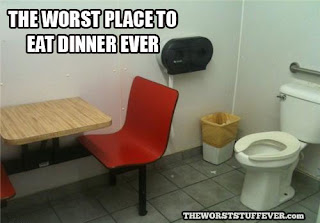 But this is about something more than seating arrangements at a dinner party.

Look carefully, Jesus doesn’t say “don’t desire to be honored” – He’s not surprised that we have feelings of wanting to be admired and exalted. He’s trying to correct, even make that desire, that feeling holy. How do we do that? He teaches us: through Humility. Humility is about knowing who we are. Rejoicing in who we are. Seeing how good, beautiful, & unique we have been made. Not because we’ve outsmarted the competition, lied or cheated or won some achievement or been honored with a seat of prestige. No, we can rejoice in who we are because we have been lovingly made by God. Because we possess the beauty of the Creator… Because all these things that we possess, the quirks, the talents, make each of us the most unique you, the most unique I that’s ever been on this planet. And those things shines more and more brilliantly when we live in selfless, loving ways.

The sad thing is that so many of us have been led to believe otherwise. We’re not as smart as “her.” Or we’re not as talented as “him.” We start to believe those lies, that diminish us and so it’s understandable that we find it hard to resist the temptation to see ourselves as better than everyone else, to try to become someone greater than everyone else, and to do whatever we have to get there. When we buy into that lie, we find that we end up pushing God aside as we rush to the head table too.

In a week, we will celebrate the canonization of Blessed Mother Teresa. It’s amazing how nearly 20 years after her death, this woman from Calcutta still captures our attention and affection as people remember that at the Banquet of Life, she didn’t even care where she sat and in fact didn’t even take a place at the table. She showed us the incredible joy that can be found in not having a seat but being a servant at the dinner. Sadly, despite all the good that Ryan Lochte did, this lapse he made when he jockeyed for an even better seat than he already had had will always be remembered, will be a part of his story.

The question we’re left with, where do we want to sit? How do we see ourselves? Are we feel comfortable where we are, with who we are or do we desire more in the way of recognition? God loves us where we are, who we are. There is no reason for us to make ourselves more important … Jesus has showed us how we are already very important – important enough to die for.

Whenever we force ourselves to be the leading man or woman, the perception by others is normally negative and you lose credibility. However, if we allow God to bring us to the place we need to sit, it will be a beautiful model of the transforming power of the Holy Spirit.

May we be thankful where we sit today for it has been made just for each of us and nobody else. Each of our story’s is ongoing and God hasn’t finished writing it until we have breathed our last. He has a lot for each of us to do for Him until then. So we shouldn’t worry about our glory – rather we are to give it all to God who deserves it. May you and I be the active image of Jesus reflecting His love to others. When we do, people will be naturally drawn to that and invite us to sit by them, an honored place in their hearts.