Hi everyone, here’s my homily for the 21st SUNDAY IN ORDINARY TIME – August 21, 2016. The readings for today’s Mass can be found at: http://www.usccb.org/bible/readings/082116.cfm.
Thanks as always for stopping by to read this blog; for sharing it on Facebook, twitter, Reddit and elsewhere on the Internet – and for all your feedback and comments.  God Bless You and yours and have a great week! Fr Jim

Quick commercial… thanks to everyone who’s helped with the NEWMAN CATHOLIC 2016 SUMMER APPEAL – We’ve hit about 20% of our $20,000 stretch goal for this year… Please check out our website for information:  http://www.msunewman.com/#!appeal/cbjb  We appreciate your consideration and your support! 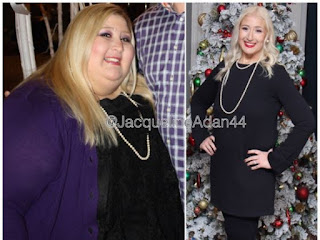 HOMILY:
NBC’s Today Show recently did a story on 30 year old Jaqueline Adan, who shared a story of personal humiliation that caused a life transformation. Five years ago, while with some friends visiting Disneyland, she got stuck in an entrance turnstile because she was severely overweight. Recounting the story now, she shares that while she made a joke of it and laughed it off with her friends, as soon as she spotted the nearest bathroom, she went inside and broke down and sobbed. The rest of the day she needed to use a wheel chair just to get around the park. She felt mortified, and was shocked when she went to Jenny Craig and discovered she weighed 510 pounds.

The thing that was so inspiring about her story to me wasn’t simply that she has since lost 350 pounds – which, is indeed inspiring – but how she did it. She changed her eating habits and committed to daily exercise, simply by starting with walking. It was incredibly difficult for her… When Jaqueline first started exercising she could only walk for five minutes before she got tired. But she kept walking for five minutes until she could do 10, then 15, then 20. If she couldn’t do an entire workout video, she’d do as much as she could. In time she built up her endurance, kept at her diet, kept up her commitment and in 4 years went from 510 lbs to 160.

For our media-conditioned selves, we see this 2 minute story and are blown away seeing the before and after pictures. With these visuals, in fast-paced story telling (designed to keep our ever decreasing attention spans engaged) we are moved by the story; we are inspired to hear the transformation – not simply physically, but the entire transformation of this person – from a person who was struggling to a person who has made a tremendous change.

But there’s only so much you can get from a 2 minute segment… the story telling is really limited. We don’t get to see the daily struggle, the daily commitment, the daily discipline that was required on her part to keep getting up every day and reject the negative thoughts and feelings she heard from others or told herself and just keep trying, keep striving as she wanted to make this radical transformation. The Today show couldn’t capture the subtle changes that were won with each little denial to herself that she made in favor of the transformation she wished to achieve. 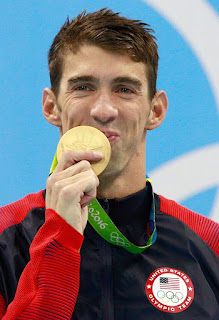 You could say the same thing of all the Olympians that have been the focus of global attention for the last two weeks. We see Michael Phelps jump into the pool and come out with his 23rd Gold Medal or Katie Ledecky destroying not only her competition but a world record in the 800 m free style – and are amazed at those feats. We might hear about their training, but can’t fully appreciate all the nights they went to bed early, the mornings they got up early, the crazy diets and training they followed for days, weeks, months, years for this one moment, this one chance at this competition. The discipline needed to achieve these achievements.

I know that in my own life. Growing up I’ve taken Piano classes; I’ve studied Italian; I’ve played baseball… but when I see and hear someone really play the Piano; or hear Italians conversing (and not having to do so S L O W L Y and pausing to see if the person understands); or excel on the baseball field – after I angrily make excuses that I wasn’t born with that skill or the ability or the instincts that often accompany someone thriving in those areas – I know that a major part of the reason that I’m not in the same league is that I haven’t kept practicing, I didn’t keep studying, I didn’t keep trying in those feats… I’ve lacked discipline in those areas.

I’m pretty confident that I’m not alone in that… How many marketing geniuses tap into that desire that everyone has to make some change in their lives – whether it’s how they look, what they do, how they feel with quick-fix promises. “Lose 30 lbs in 30 days” – “Learn a new language in 10 minutes a day”. While these different advertisements probably will help with some minor accomplishments, the reality we learn after we look over the Rosetta Stone Language programs we never completed or exercise machines that have become dust collectors is that there are no quick fixes, short cuts or easy solutions whenever we want to make changes in our lives. It requires commitment. It requires discipline.

That’s true not simply in sports, diets, languages… It’s especially true in our spiritual lives. For some reason, a lot of people tend to think it shouldn’t be difficult to be a faithful Catholic. Or there’s not the seriousness, the attentiveness, the focus that previous generations did. I’m sure for some it was a struggle to get here this morning. Here it is, late August – beautiful Summer Sunday. The halloween displays and Back to School Sales constantly remind us that the seasons will be changing soon. So that lure to take advantage of the day with a dismissive “God Understands” was extremely tempting (and seeing some room in here, it was hard to resist for some…)

And it’s true – God does understand… He doesn’t want people coming to Mass simply to fulfill an obligation as if to appease “Angry God” from smiting them throughout another week. It doesn’t work like that. He wants us to choose to worship Him, because He wants to be in relationship with Us. He wants us to acknowledge the gifts, the blessings – from our very lives, our very breaths, to the countless things we take for granted on a daily basis – that we have. He wants us to want to offer who we are, what we do in service to Him – so that our very lives become a blessing to Him. He wants us to share that light, that love that He has for each of us with each and every person we encounter.

But the reality is that takes discipline on our part. That’s what kind of struck me about the readings today. Often times the 2nd Reading doesn’t segue into the Gospel reading that easily. But today the connection seemed pretty strong. Here we had St. Paul writing very honestly about discipline and it being expected of us by the Lord – and our not liking it. Think back again to what Paul said today:

“…discipline seems a cause not for joy but for pain,
yet later it brings the peaceful fruit of righteousness
to those who are trained by it.
So strengthen your drooping hands and your weak knees.
Make straight paths for your feet,
that what is lame may not be disjointed but healed.”


The reason we endure this isn’t to prove how holy we are, how righteous we are or to get in good with the Lord. But to deepen our relationship with Him. The Gospel story is all about that. Someone asks Jesus as they’ve been walking, talking and following Him from town to town – will only a few people be saved?’ 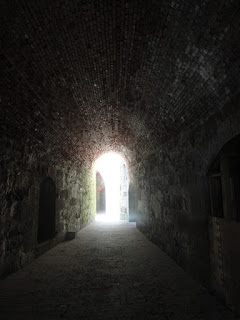 Jesus’ answer is disconcerting because it’s somewhat blunt: He answered them ‘Strive to enter through the narrow gate, for many, I tell you, will attempt to enter but will not be strong enough.’ Jesus goes on to cite people who might have this “familiarity” with him, who will not be saved “We ate and drank in your company and you taught in our streets’ and he will say to you ‘I do not know where you are from. Depart from me you evil doers.

In short, it’s not enough for us just to be Baptized, attend Mass on a weekly basis and have some basic Christian knowledge. Those things are essential to be sure, but too often we can think that’s enough. But the striving that Jesus is calling for demands more – namely the ongoing, daily, lifelong response on our part of listening to Him; following Him; living our lives based on Him and what He has taught us. We have to enter into the difficult spiritual battles dealing with temptations and resisting them. We have to repent of our sins and failures trusting in God’s Mercy and resolving to strive to do better not to commit those same sins again. We have to take seriously the commands of the Lord to take care of the poor, the sick, the helpless – not because it’s just a nice thing to do, but because Christ told us that’s one of our duties. We have to be missionaries – each and everyone of us – proclaiming the Gospel both in word and deed.

And the truth of that is it takes the same intensity, actually more when you think of it – then a severe diet, or athletic feat, or academic pursuit. It’s a lifelong process, and daily battle on our parts to deny ourselves some of those not necessarily evil things but unnecessary things we’ve allowed to creep in that somehow diminish the Lord. As someone working with College students, I try to point this out to them about charitable giving. They immediately point out their poor college students, up to debt to wazzo – which is very true. But when I point out the Iphone they’re using, the starbucks their drinking, the netflix they subscribe to – not to make fun of them, but to say – if you denied even one of these and started making giving a part of your life, you’d be amazed at what you’re able to do. Same is true about prayer. Making Sunday Mass a priority – but what about the rest of the week to either incorporate communal prayer (daily Mass, bible study) instead of another binge on Netflix. Same is true of service to others – whether it’s more close to home – family, friends, neighbors who need us – or even more selfless- volunteering to help those who are sick, who are hungry, who are poor. We can’t do everything, but we can do something.

But the reality is all of that comes back to discipline on each of our parts. To make small, but significant changes that start to build up and shift who we are into who we’re called by the Lord to be. When we strive to do those things – as imperfectly but with all sincerity trying to do these things, it’s then that God’s mercy will make up for what is lacking and help us through that narrow gate.