Hi everyone, here’s my homily for the TWELFTH SUNDAY IN ORDINARY TIME – June 19, 2016. The readings for today’s Mass can be found at http://www.usccb.org/bible/readings/061916.cfm  Thanks as always for stopping by to read this blog; for sharing it on Facebook, twitter, Reddit and elsewhere on the Internet – and for all your feedback and comments.  God Bless You and Yours and have a great week! Fr Jim

Quick commercial… as we enter into Summer, it’s time for the NEWMAN CATHOLIC 2016 SUMMER APPEAL – please check out our website for information:  http://chernjam.wix.com/classisite#!appeal/cbjb   We appreciate your consideration and your support! 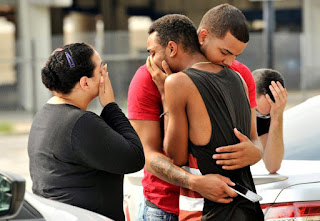 Since early Sunday morning, we as a nation slowly came to learn of the horrific atrocity that took place at a night club in Orlando Florida, when a terrorist went in, and doing what terrorists do – targeted innocent people, minding their own business, living their lives – and slaughtered them, robbing them of their lives, inflicting unimaginable pain and heartbreak on families and friends who lost loved ones in one of the most horrific ways imaginable, and ultimately spreading fear and terror throughout the world, which is probably the primary goal of evil individuals like this.

But something else happened this time. I’m not sure if this is new or it’s more pronounced or what – but it was definitely more obvious to me in the hours after the news first broke out of Orlando: We as a nation didn’t pause and unite and rally together – but seemed to be responding by fighting with each one another.

When 9/11 happened, and the Sunday after the terrorist attacks I stood in this very pulpit; the shock, the fear, the anger – these were all new things. We didn’t quite know what this was – terror in our midst – nor how to wrap our minds when confronted by evil in such a destructive manner. We filled this church – over 800 people crammed into every seat, people standing – in a deafening silence before a Eucharistic Holy Hour.

Fifteen years later, we’re not shocked by the carnage. We’ve become used to it. Perhaps that’s the result of too many similar atrocities occurring. We’re so desensitized now. We use an app and change our facebook picture complete with a hashtag to somehow indicate our care and concern. We say we’re praying for the victims and their families (not quite sure how many of us follow through on that)

A generation of children have grown up with these incidents happening – kind of like hurricanes or tornadoes – terrible things that they hope they never have to experience. And the adults, we have gotten into the pattern of retreating to our different corners, with our different agendas – speaking whatever talking points the leaders of those perspectives offer, and either trying to out scream one another on a cable news program; slam each other online in a virtual debate; and so forth. We don’t come together to unite in our grief in prayer. Which is perhaps the greatest success of this terrorist.

Even as Catholics – I saw many good priests who I respect for their ministries, their service – who seemed to jump into a whole host of other issues that are all important topics that we as a Church, we as a nation don’t want to talk about – gun control, LGBQT people, Immigration, mental health issues – and got into as spirited (and sometimes, sadly, as ugly) debates as you would see on any of the hundreds of news channels pitting politicians against one another. Which is another success of not just the terrorist, but the devil himself.

I really don’t want to add to that. It’s bothered me for some time, but as I see one side using this tragedy to advance one agenda and then another side to use this tragedy to advance some other cause – I just was sickened and saddened and angry. And as I prayed with the scriptures and prayed for the victims, I was trying to think of what to say today. 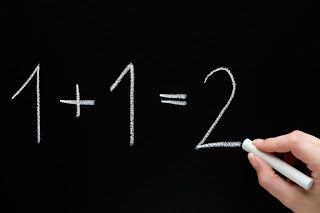 I really fear we’re so adrift right now and that we need to go back to the basics. Both as human beings and as Christians:

It should simply be a human response, to be empathetic to someone when they’ve suffered the loss of someone they loved. It should be a human reaction to be angry, to be sad, to be attentive to the victims and their families when they are killed in a terrorist attack. We shouldn’t have to hear details about who the victims were – or the political, religious, ideological backgrounds of the killers to decide what our reaction should be. It shouldn’t matter whether it’s 20 6 and 7 year old children and 6 teachers killed by a mentally troubled kid at school in Newton Ct; 9 people including a Senior Pastor at a prayer service killed by a Neo-Nazi, white supremacist in Charleston SC;  or 50 LGBQT people killed by a Muslim terrorist in a night club in Orlando Florida – the destruction of human life should be the thing that sickens us, repulses us, unites us to be against that evil act. How do we ever hope to confront the causes; how do we prevent these things from happening, if we can’t even find a starting place of love, of care, of empathy for one another.

As Christians, our basics demand even more than that. I couldn’t help but think about that reflecting on today’s Gospel. In it we heard Jesus asking his disciples “Who do you say that I am?” This is after he hears them share what the buzz around town is about Jesus – some say you’re John the Baptist; others Elijah; others one of the ancient prophets has arisen.” In Luke’s version of this incident, Peter professes Jesus as “The Christ of God” – meaning the anointed one, the Chosen one sent by God to lead his people to peace to prosperity. Peter has come upon a profound truth and something that differentiates Jesus from all those proposed understandings, or other expectations or misunderstandings out there. Jesus is not a politician or revolutionary or ideological leader or Philospher. He is not some pundit, or commentator or community builder or ogranizer. His message will touch, affect, challenge all of these and more – in fact it will call each and everyone of them out in different and various ways. That’s why Jesus recognizes that the world would ultimately reject him.

And the same is true today. As Christians, we can not allow Jesus and his message to be manipulated to fit any singular agenda, or cause, or ideology. We can’t simply quote Jesus in response to evil in a nice 140 character tweet. We can’t allow our biases to make us arrogant in the belief that we’re right because we believe or do certain things while others don’t. If we choose to follow Him, If we recognize Him as “The Christ of God” Jesus tells us what to do – deny ourselves, take up our crosses and follow Him. Back to basics my brothers and sisters –

deny ourselves of the desire to be right;

deny ourselves of the attempts to convince someone they are wrong and I’m right;

In the back and forth of the divisive debates over the last week that I kept seeing online, there’s a feature on Facebook that recalls things that happened or that you shared online in previous years. One memory from maybe 5 years ago was a quote that I had shared from Pope Benedict XVI. He said: “God personally looks after me, after us, after all mankind. I am not abandoned, adrift in the universe and in a society which leaves me ever more lost and bewildered. He is not a distant God, for whom my life is worthless. God looks after me.”

I must have gone and looked, and read, and thought about that quote over a dozen times this week. So many people do feel adrift, do feel abandoned, do feel unloved. Don’t just think God is distant, don’t even think he exists. Which is the devil’s primary goal…

Can you and I simply as human beings start to work to recapture a basic respect for all life; Can you and I as Christians recapture a basic sense of our mission, our call as followers of Jesus by being selfless, being loving to all of our brothers and sisters whoever they may be – especially those who are in most of need of our love, our care, our concern? Then the basic truths become more apparent again:

The reality of God’s closeness, His care for each of us, personally,

That there is a reason, a purpose to this universe to our lives –

That evil works to undermine that and destroy it in every way possible.

That if we keep our lives fixed on Jesus’ call, despite whatever evil that is inflicted, we will never be lost.

In order to do that, we need to ask ourselves – Is God’s closeness a reality to me? If not, why? Have I distanced myself from Him and it feels like He is not around? Then I need to to reconnect with the One who loves me more than I can understand. 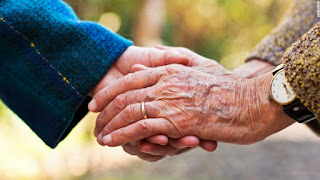 Once we grasp and apply the truth of God’s love, we are closer than ever to picking up His cross. Jesus denied Himself for us because of His great love; this is the model for us to deny ourselves for others. It all has to do with love. But not the trite “Hashtag Love” – but true Love, selfless, sacrificial love. Because True Love is at the core of all we are and do. The 10 Commandments came down to this: love God, love others. The first part, love God, means with everything we are and have. In doing this, that love spills over to part two, love others. Jesus did not say, “Love others if ….” Humans seem to want to complicate the simple instructions.

May you and I start today by getting back to the basics: letting Jesus’ model be our model; His example be our example…And then the desire of so many to not let hate, not let evil win will see that reality in our professing who we think Jesus really is,… The Christ of God – who has come to lead God’s people to have life in it’s fullness.