Hi everyone, here’s my homily for the SEVENTH SUNDAY OF EASTER – May 8, 2016.  The readings for today’s Mass can be found at: http://www.usccb.org/bible/readings/050816-seventh-sunday-easter.cfm.  Thanks as always for reading this blog; for sharing it on Twitter, Facebook and Reddit; and for your comments and feedback… Grateful for your support!  God Bless – Fr Jim 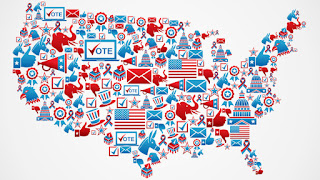 To say that this year in politics has been off-the-charts bizarre is probably the most cliches of understatements.  Yet, it’s hard to describe what we’ve seen, what we’ve heard in the last year.

For the most part, this is a “politics-free zone.”  Unlike other Churches or religions, the Catholic Church doesn’t endorse candidates nor do we invite candidates to speak in our pulpits at Mass.  We talk about issues, we try to raise moral questions, we talk about the hierarchy of moral issues (for example, life – being first and foremost with  protection of the innocent ones in the womb; and how the sanctity of life continues even in the most difficult of places like on death row; and the sick bed of those terminally ill) but we don’t get into endorsing candidate A and bashing candidate B at Mass in a homily.

But it’s becoming increasingly hard (this campaign year especially) for there not to be some moments where, try as we might, for different news stories to somehow intercept with reflections on the Gospel for the week and demand some notice.  Like this incident which happened this past week.  It didn’t get a lot of coverage, because there were other more major stories on primary elections and endorsements, lack of endorsements and so on that consumed most of the coverage.  But a friend had tweeted me this story which really upset me and reminded me of some of the negatives of social media:  Information overload.  And has me considering trying to have a detox from politics (unfollowing some people on twitter, etc.) just to avoid seeing this antidotes: 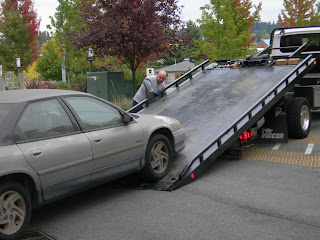 The Washington Times and a local television news story reported that a tow-truck driver went on a call to assist a woman in a car wreck  – who by the way, was disabled, with a handicap placard clearly hanging from her rear view mirror, suffering from a from 5 different rather serious illnesses.   The tow truck driver had already begun the process of towing her car – had the front tires fixed to the tow and was preparing to pull it up onto the bed of the truck when, as he describes it, he decided to “draw a line in the sand” and tell the woman “I can’t tow you.”   The woman initially thought “oh is there something wrong with my car” and the driver explained no because you’re supporting Candidate X (I’ve decided to remove the different candidates names because, sadly, we can find examples of supporters on both sides of this campaign doing similarly stupid and uncharitable things)

As an American who believes in our precious freedoms and rights – this tow truck driver does have the right to do what it is he did – just as I have the freedom and right to say that it was stupid, uncharitable and if I lived in the area where this happened to share the story with the hopes that people would choose other businesses to support.  And like I said – there are countless examples of people behaving similarly badly on a whole host of issues that up until this point there’s not really anything unique about it.  Till I got to this part of the story:

The driver explained: “Something came over me, I think the Lord came to me and he just said get in the truck and leave, and when I got in the truck, you know, I was so proud because I felt like I finally drew a line in the sand and stood up for what I believed.”

That’s when I lost it.  I don’t know the man.  But I can assuredly tell him – Christian to Christian – you are dead wrong brother.  Think back to what Jesus revealed to us tonight as he was praying to his Father, our Father for us?

That was Jesus’ prayer, the night of His Last Supper – before the agony of the Passion, the torturous death on the Cross and the glorious resurrection on Easter Sunday.  He’s praying not just for his apostles, the first messengers of the Gospel… He’s looking forward, thousands of years later.  And as he is looking forward, he is seeing us his followers today… seeing each and every individual who calls himself “Christian” and as  followers of Christ each of us has a claim on his heart.  But – what Jesus tells us is — then we have to have his mind and heart as well.  Which is a tall order.  Because God has a personal love and concern for every human person.  So he desires, no rather, he demands that we strive for living in unity, in a communion of true love with Him as the source and summit of that communion, that love.

This great prayer of Jesus we hear tonight tells us that we are to put no conditions on our love… to guard our words, to speak words that will build up, that will unify, that will find ways of bridging gaps, not let differences cause deeply wedged divides, discord, to cause sin. 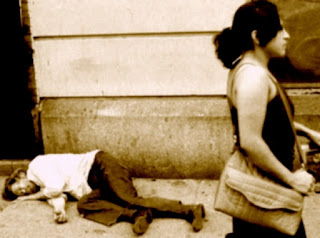 I’m not doing that, I’m not living that message, I’m not being a Christian if I see a person having a heart attack and see “oh you’re wearing a Planned Parenthood shirt, well let some pro-choice person begin CPR or call for help for you.”  I’m not listening to the Lord if I have some litmus test on who I will be attentive too.  I’m corrupting the Lord’s word and message if I use Him as an excuse for not serving someone.

It’s easy for us to love people who agree with us, for people of like mind.  The demands of Christianity are far greater where we are called to love our enemy.  What’s saddens me is that as Americans we’ve gotten to a point where we are that divided to get to that point where we would look at one another with that perspective – as enemies because of political differences, because of supporting different candidates.  But should that be the reality we’re faced with, that as citizens we can’t look at our political differences and debates as a means of striving to make the ideals and dreams of our founders more real each and every day, we as Christians aren’t off the hook.  Jesus has made us citizens of his eternal Kingdom – and placed on us the responsibility of serving, of caring, of towing, of loving those in need… whether they are our friends, our enemies or somewhere in between.

As this campaign season, sadly I suspect, gets worse – and even after whatever happens this fall -how do we react to people who think differently than we do.  Do we consider them “enemies” or fellow human beings – fellow brothers and sisters – with a different perspective?  The Gospel tells us that the Holy Spirit wants to transform us into the image of Jesus, which begins by seeing the Christ in others – and letting His power overpower the views of the world… if we allow it…It’s a choice.  We can make an impact if we learn to love people beyond understanding.  Then not only is that person changed, but all who see and hear of it.  In the end, it comes down to us remembering the incredible ways Jesus has loved us – no matter what – and going and doing the same.