Hi everyone – so this Sunday, I’m not preaching since Archbishop Hebda will be joining us to celebrate Mass and the Sacrament of Confirmation for two of our students.  But this past Friday night we had our Archdiocese of Newark Catholic Intercollegiate Adoration (CIA)… so I thought I’d pass along the homily from that.  The readings can be found here: http://www.usccb.org/bible/readings/040816.cfm  (Friday of the 2nd Week of Easter)

Thanks as always for stopping by, for sharing this blog and for your comments and feedback!  God Bless and Have a great week – Fr Jim

A couple of years ago I was sitting at a meeting at the Archdiocese when a friend turned to me and asked if I had an extra pen.  I took a look, and on the bottom of my backpack, I saw among an assortment of junk – ALTOIDS, an old magnificat magazine, headphones, this old ball-point pen.  The plastic outer shell of it was broken.  It was kind of dirty too from dust, sand from the Jersey Shore when this was my beach bag- and whatever other particles made it into this bag that is used from everything from a gym bag to a briefcase.  At any event, as I was digging through all this crap, I not even fully realizing it, had pulled the ball point pen out and kind of showed it to him as I said “No, I don’t.”

He looked at me kind of in disbelief trying to figure out whether I was stupid or busting on him as he said “Uh – what’s that?”  And I said “Oh this, you don’t want to use this, I mean look at it, it’s old, it’s broken, I doubt it even works.”  He grabbed the pen, swirled it on his pad a few times and then it started working again (gotta hand it to Ballpoint, they do make a good pen) and he said “yeah – this is fine…” as he proceeded to use it for the next hour without even the slightest of difficulties.

Here I was – maybe out of embarrassment, or a mistaken belief that there’s no way this would be useful – prepared not to give my friend something he needed at the moment he needed it, because I had already judged the pen inadequate, useless… “what good could it be.”  It’s a stupid example, but it came to mind reading this Gospel.

In this reading, we hear of one of Jesus’ most famous, most recounted and remembered miracles – the feeding of the multitudes – which is recounted in every Gospel, but with a few variations in each   As told by St. John, this version contains an interesting detail.  When Jesus sees the crowd of well over 5,000 (considering that was only the number of men – with women and children, the crowd was probably well over 15,000) He shows his love, his concern and makes it clear that he wishes to get them something to eat.    Turning to his closest followers, his inner circle, his apostles, Andrew seems to be the only one with any ideas (the others are probably thinking, as we hear in the other gospels, to send them home thinking the crowd is to big).  Andrew points out that a young boy has come forward and offered all that he had.  The 5 loaves and 2 fish.  But as soon as Andrew acknowledges this offer, very quickly, he dismisses it as inadequate saying “what good are these for so many?”

How often in our land of plenty and abundance… (think of it, only in our “first world” culture could we have a reality show called “Hoarders” focusing on people who can’t get around their homes because they have so much crap they’ve “collected” – while countless other people in nations throughout the world are desperate for just enough to survive?  That’s another sermon for another day though, but I’ll leave the ADD thought here… anyway) in this land of plenty and abundance do we look at the material things we possess as inadequate?

That’s bad enough on one level – but even more, how often do we see the gifts, the talents, the abilities that we possess as “not good enough?” 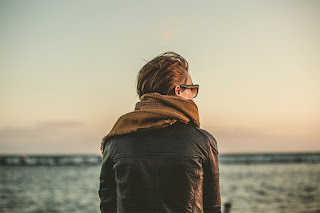 I’ve heard or witnessed students not stepping up in terms of being leaders because “they’re not good enough”… I won’t sing with the choir because “there’s people who sing better than I do…” “I can’t go on that mission trip or that community service, because, well, what can I do?”    Even sadder when young men dismiss thoughts of a priestly vocation or young women think they could never be called to be a religious sister because “I’m not holy enough.”

One lesson this Gospel brings to mind is that it’s not about us.  We can get so worked up trying to evaluate things (and in the process, often times undermining how blessed we truly are as we compare ourselves to others) we start to conceive plans, determine how things will work out that we get overwhelmed, doubtful in our faith and stifling ourselves into inaction.

Yet look at how Jesus takes this nameless boy’s example to speak to us today.  If like him, we simply, humbly offer to Jesus all that we have, all that we possess, all that we are – it is then that He is able to work miracles through us and with us.

That’s what happened in the Early Church.  That first reading from the Acts of the Apostles, shows that these same men who initially were so dismissive of this one little boys contributions in the face of such a great need, these same men who failed Jesus so spectacularly during his unjust trial, his brutal, torturous Passion… these same men after the Resurrection of Jesus, after the outpouring of the Holy Spirit at Pentecost, they are now facing execution for preaching Jesus Christ were spared because one argues to the rest that “if this endeavor is of human origin, it will destroy itself…”  And because they “did not stop teaching and proclaiming the Christ, Jesus” we have been fortunate to receive this precious gift of faith.

This nameless boy – the apostles – they all bear witness again, that it’s not about us – it’s about us not standing in the way of the miracles Jesus wants to work through us and with us.  If that were something that was lived by every disciple, then this wouldn’t be simply a miracle story we encounter every so often, remembering this one day where a multitude of people had their physical hunger alleviated.  It would be a model of how Jesus Christ continues to transform the hearts of his believers and the world around them.  Jesus would continue to be working miracles, fulfilling the deeper hungers, alleviating the spiritual and physical malnourishment that so many are suffering simply because we’ve been stuck asking ourselves as we look at our gifts, our talents, our possessions – “What good are these?”  Jesus is willing to show us exactly how good they are, if only we would be willing to share them.