Hi everyone.  Happy Easter!  Alleluia!  May the Risen Christ share His Life, His Love to you and yours today and always.  Here’s my homily for EASTER SUNDAY – THE RESURRECTION OF JESUS CHRIST – March 27, 2016.  The readings for today can be found at http://www.usccb.org/bible/readings/032716.cfm Thanks as always for reading, sharing this on facebook, twitter, reddit – and your feedback.  God Bless – Fr Jim

Has Google changed life as we know it? Not yet… but they’re trying!

Maybe 10-15 years ago, hearing the word Google was probably something we were familiar with like”Yahoo” or “Ask.com” – an internet web-site that was a search engines designed to help you find different things on the internet. Yet through ingenuity, creativity, business sense and an explosion of advancements that we may never imagined in real life a decade ago, Google has become something much more than just another tool for the world wide web, but arguably, a cultural changing force. Just think of these three examples:


It’s hard to deny: Google is a dominating presence. So seeing the cover of a business magazine with the cover headline”Google wants you to live forever” not too long ago, you couldn’t help but wonder if there’s some consumer angle or catch to it – was this just a provocative headline to get us to hear how Google wants customers to live longer to buy more stuff that they produce? 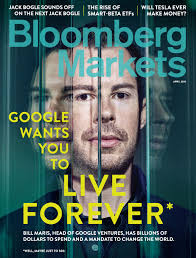 But reading it, you realized it’s a lot more than some business or marketing angle. In fact, they’re quite serious. The story was about the president and managing partner of Google Ventures, a man by the name of Bill Maris. His mission, as he explains it, backed by $425 million dollars is to vet, search, meet with different companies, ventures, individuals and to invest in those companies he believes will be successful in slowing down the aging process, reverse disease, extending life.

On the surface, a lot of it sounds amazing – like how Google has spent hundreds of millions of dollars backing a research center, called Google X which is working on a pill that would insert nanoparticles into our bloodstream to detect disease and cancer mutations. Or another venture called the Interactive Cancer Explorer, which allows oncologists, to do research and devise treatments for their patients which has changed things from where they could only treat cancer with poison like chemicals of chemotherapy, to possibly curing cancer by reverse-engineering a stem cell.

Some of it sounds scary too and pushing the envelope of ethics where there’s the worst of science fiction being considered (full body transplant? Terminator-like robotics added to human beings?)

When asked about all of this Maris reflectively said “There are plenty of people, including us, that want to invest in consumer Internet, but we can do more than that…. There are a lot of billionaires in Silicon Valley, but in the end, we are all heading to the same place, If given the choice between making a lot of money or finding a way to make people live longer, what do you choose?”

An important question to be sure… and in many ways their goals, their desires are noble, admirable and something that we can all unite on. A world where there will be fixes to the harmful effects of smoking, too much sun or what alcohol can do to our DNA… A future where Alzheimers and Parkinsons and other diseases are erradicated – just hearing that makes me want to sign up and get a gmail account just to support those noble ambitions.

But you couldn’t help but pick up a sense of dread as you kept reading along… an obvious fear contained in this story. The author of the article observed that at one point in the interview his employees were fooling around and joking with him, he smiled and then quickly went back to work somewhat joylessly saying “Time is the one thing I can’t get back and can’t give back to you.” Maris then went on to describe his deeply held conviction: “We actually have the tools in the life sciences to achieve anything that you have the audacity to envision, I just hope to live long enough not to die” Then revealing his fear, which is the same fear that has plagued humanity from that fateful day humanity in the Garden of Eden when death became a part of our story, as he repeats again saying “In the end, we are all heading to the same place.”

That quintessential fact, is what humanity from age to age has been faced with – death. That burden, that obstacle is what is motivating Maris and Google to try to set the goal of “living forever.”

Google may (and hopefully they will) succeed in helping us to extend life in productive, healthy ways. But they will not succeed in making living forever possible… As even the headline of the article had an asterik next to it with very small print saying ‘well, maybe to 500.

But Jesus Christ has… does… wills… that very thing this very day: Eternal Life. That is the audacious, mysterious, wondrous, terrifying thing that we celebrate today in this day that the Lord has Made – this Easter Sunday.

That the God-incarnate, Son of God, Jesus, born of Mary, who lived, ate, felt, experienced every aspect of humanity we do – including the most horrific, painful, sorrowful aspects – both physically and emotionally – especially death, death in the most brutal, violent, torturous way – death on the Cross – has been raised from the dead. Lives Forever. And He promises us that same future if we but believe in Him, follow Him, love Him and share this good news.

Truth be told – We want to believe, but we’re reluctant.

Some come here just on Easter almost like an Insurance deductible – make the minimum payment just in case its real.

The doubts seem so hard to overcome.

The evidence of death is certainly very verifiable in tragically, dramatic ways. Whether on a global level in wars, in terror attacks – like we just saw in the last few days tragically killing over 34 people in Brussels – or whether its in disease, in poverty, in cruelty. We don’t have to look outward for examples of death. Much closer to home in illnesses, in betrayals, in rejections, in the deaths of loved ones we experience around us. All of these things have the ability to depress us into disbelief. They validate our doubts… They have the potential to undermine our faith in the Easter miracle. 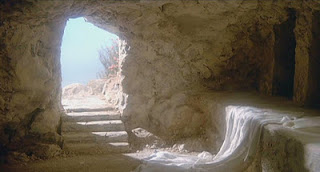 Yet these witnesses we hear from in scripture, people who saw depressing, distressing things happen to Jesus – like the unjust, chaotic trial; the crowds turning blood thirsty, demanding love be crucified – who saw themselves powerless, impotent to stop these horrific things from happening – they who shared our disbelief tell of how that disbelief was vanquished as death was vanquished… an empty tomb, angelic testimony, and in the days and weeks to come as we continue to celebrate this great mystery of our faith – Easter – they will share of their encountering the Risen Jesus. How that encounter transforms them and emboldens them to move from fear to conviction as they give their very lives in testimony to the one who died and rose from the dead.

As we come together on this Easter day, our hearts need to be fixed, focused on the desire to live forever. But not with a fear-filled “survival” mentality where we simply try to out-last death for as long as possible but rather seeing the new life that Easter promises. Jesus doesn’t come back from the dead and resume his pre-Good Friday life. He is transformed… into a new, abundant life…He promises us that same transformation. We can begin that new life, and start living forever – now.

What does that kind of living look like? Maybe it will be the casting off our fears. Living with the certitude of being a beloved son and daughter of God, through Jesus Christ. Following Him – not just with words uttered from our lips, but with every fiber of our being… letting His words, His presence direct our decisions, our priorities, our entire lives… Heeding his example and command to follow it where we live selflessly; share abundantly; love without counting the cost. When we start living like that, life looks and is very different. We experience Jesus’ new life within us both now and forever.

How does Jesus want to transform you? Your families, Your relationships, Your very life.

Pope Francis said in his Easter homily a couple of years ago let us not be closed to the newness that God wants to bring into our lives! Are we often weary, disheartened and sad? Do we feel weighed down by our sins? Do we think that we won’t be able to cope? Let us not close our hearts, let us not lose confidence, let us never give up: there are no situations which God cannot change, there is no sin which he cannot forgive if only we open ourselves to him.

In the end, we realize that yes, Google may make life more convenient, but only the Risen Christ can transform it, bringing it joy, meaning. May the joy that this feast proclaims be with us always, and may Christ’s Love be our foretaste of living forever with Him.