Hi everyone, here’s my homily for the FOURTH SUNDAY OF ORDINARY TIME- JANUARY 31, 2016. The readings for today can be found at: http://www.usccb.org/bible/readings/013116.cfm. Thanks as always for reading, sharing this blog on your Facebook, Twitter and Reddit’s – and your comments and feedback. Always appreciate your taking the time to stop by this blog. Hope you have a great week. God Bless – Fr Jim 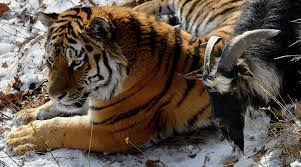 It is rare that my brother forwards me a link for a story or an article or something. But when he does it’s a gem. So a few months ago – and I’m not quite sure how I missed this but – news outlets around the world were fascinated by, as the BBC described it ‘the animal friendship that was never meant to be.’ Back in November at a Zoo in Russia, a 3 year old Siberian tiger named Amur was awaiting dinner time. A goat named Timur was thrown into his pen. Amur would normally pounce on whatever was thrown into his pen, be it rabbit or goat. But for some reason these two seemed to give each other the once over. The animal experts said that this had happened once before – another goat, the prey, didn’t demonstrate fear or weakness so the tiger, the predator kind of left him alone. But the head of the park said “The situation is different now and the animals are great friends.” They filmed them walking together like a pair of good friends, playing games like hide and seek and soccer together. The experts talked about how the tiger became protective of his goat friend Timur that he hissed at zoo workers who attempted to get close to either of the animals (something Amur had never done before). The brave goat was said to have appeared to get nervous and anxious whenever he lost sight of Amur and this new relationship seems to have had a positive effect on Amur’s nerves. Before, he would roar in frustration day and night, but now that he has his buddy, he’s reportedly calm and relaxed. The Zoo had recently set up 16 different cameras to film this unlikely friendship for a new reality show. 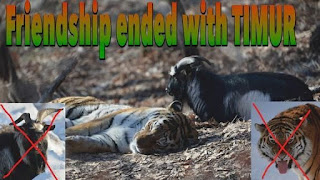 So Saturday my brother sends me the followup headline: Unlikely goat and tiger friendship ends tragically. Yahoo! News reported: “An unlikely animal friendship that inspired the world has tragically come to an end. The long companionship between a Siberian tiger named Amur and a goat named Timur dissolved in a fight on January 29th.” What I found hysterical was now the experts have redefined what was called playing between the two. Now they say: “Unfortunately the relationship came to an end when Amur lashed out at the goat after what officials refer to as ‘weeks’ of bullying. Apparently Timur had been jumping on the tiger, poking it with its horns and attempting to push it… the large cat grabbed the goat by the scruff of its neck and shook it like a kitten” (reports the Siberian Times). Officials quickly entered the habitat distracting the tiger to remove Timur and give him emergency veterinary treatment. The story closed with the theory that “Amur’s patience was likely pushed to the limit due to a nearby female in heat.”

The first one may offend some of you, but why did they save the goat? Not to be mean, but they had already sentenced him to be Amur’s dinner 3 months ago. Perhaps the tiger felt a little full at the time and wasn’t ready for goat that day and now decided enough with the Tiger Chow… lets have some goat.

The more frank, honest part of me though thought – how sad the whole story was… not that animals act like animals…. but that so many truly seemed to buy into this being something we would call or look at as friendship. The fact that a tiger didn’t rip into some defenseless goat and was walking around in its pen with him (until a lady tiger got horny and then Amur lost it) That’s what we think is friendship? That’s the best we can do? Maybe it just points out how trivial a thing like friendship has become. A “friend” used to be someone who was more than just a fan of some of the same things you were; was more than someone who had some of the same interests that you held or simply spend time with. Friendship used to be based on something greater than coming from the same town or University. Friendship was based on love.

But that’s another problem too. Love, is another thing people seem to have the wrong idea about. “I’m Loving it” Mc Donald’s tells us about all the things we can purchase off their value menu. Can you really Love McDonalds Quarter Pounder with Cheese, Large Fries and Vanilla Shake? I’ll grant you that it sounds really good right now- but that’s not love… Or people will say “I LOVE watching ‘The Big Bang Theory’” – no you laugh at it, you enjoy it, but that’s not love either. Sometimes you might hear an individual say “I Love this person” when what they really mean is I’m lusting after that person… or “this person is someone who does things for me that I’m glad there here to do….” – sorry… that’s not love…

The word “Love” has been mis-used so much that people forget that Love requires sacrifice, Love requires determination; Love exists when I am selfless… Love is the opposite of all that it is so often characterized as; the opposite of focusing on my enjoyment, my pleasure, my wants, my needs all being fulfilled…

The reason all of this is important is because if we don’t look at how messed up some our notions of these things are, how can we even begin to wrap our minds around the invitation that is being extended to us? How do we react to the realization that Jesus Christ wants friendship with us? True friendship based on true love.

We have been reading St. Paul’s letter to the church in the wild and wacky city of Corinth over the last couple of weeks. Most of the believers in Corinth were extremely excited about their faith, there were people with tremendous gifts in the community there were teachers and healers and those who could speak in tongues there were those who could lead in worship and there were preachers: everything you needed for a vital church was happening in their midst – but for one thing. 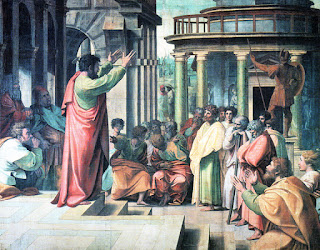 They didn’t really know what Love was. The passage we heard today from thirteenth chapter of Corinthians is probably the favorite wedding text of all time. I think 80% of the couples I’ve celebrated has it read during the wedding ceremony – and with good reason – it is a wonderful chapter. But when Paul wrote it – he wasn’t thinking a whole lot about weddings nor was he even really trying to define or describe what love is- though he does do that. His main point was saying to his fellow Christians that in the end, nothing matters more than the answer to the question – are you truly living out the love of Christ? Love – the kind of love that God has for us – is the yardstick, measure, and norm, of our faith. The folks in Corinth despite some things on the surface that looked great, there were some things undermining the community. A man was sleeping with his step-mother; two elders dragging each other off to court rather than making peace with each other; some really didn’t behave all that well at the meals in the community: some ate too much, some drank too much, while others went hungry; there were public disagreements about which of the apostles and teachers were the best – and which were worst; – and there were some who believed that their contribution to the Church was more significant than the contributions being made by others – and that their views on things should be given greater weight because of that, – while others felt like they weren’t important to God or the church at all because they didn’t have the gifts, or the talents, or the wealth to offer that they thought they should have. In short people in Corinth were, at times rude to one another, impatient, arrogant, greedy, selfish, egotistical, and unkind. This even though they had otherwise displayed some very wonderful spiritual gifts – this even though people were healed at their meetings, and the word of God was proclaimed, and people were clothed fed and prayed for.

This passage from Corinthians on love can be difficult to hear. If I have all faith so as to move mountains, but do not have love, I am nothing… In short, in the end – Love is the test of our faith. People know we are Christians by our love and they know that we are something less than fully Christian – by our lack of it. That’s why we have to fight against the temptation to give into jealousy or anger or spitefulness or selfishness, or greed or sensuality or praise or any other principle that we find is ruling our lives. We do that not because it’s easy for us to do (in fact it can be very hard) – but we do it because we Love our friend Jesus.

We don’t have to be perfect at that (and probably won’t be). Again, look at what Paul’s words tonight. Think back to Paul’s own life experience for that matter… He failed and faltered which is one reason these Corinthians are so near and dear to his heart. He could relate to them. But he also knew and experienced the depth of love and friendship in Jesus’ mercy, in His forgiveness. We might find ourselves in that same position. Struggling with the same sins, holding on to hurts and angers, failing to really open ourselves to the Lord to really listen to Him- what he’s asking us to do… We may do these and a lot of things and just feel like this is too hard. Which is why Jesus gave us the essential piece for this Love to become real. One of the first things Jesus does after the Resurrection, to the Apostles who failed him was to give the gift of His Forgiveness, with the command to share that forgiveness with one another. That’s not just the basis for the Sacrament of Reconciliation, or Confession, that’s essential in our relationships with one another if we ever hope to love one another as He did.

Despite one Zoo officials publicly stated hope: It’s doubtful that Tamur and Amur will ever be able to get back together. There not supposed to. There animals. We’re not. We’re called to look for friendship that is a bit more challenging, more meaningful than simply clicking an invite button on a computer screen. 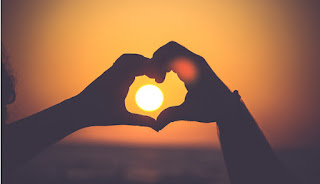 Jesus made us his friends through his life, his passion, his death and resurrection and he was not motivated by some trite, shallow reason but rather his amazing love. Are we willing to experience true friendship with him by sharing that true love with one another?