Latest News
Home /Blog/WHAT SHOULD WE DO? GET OVER INDIFFERENCE FOR STARTERS

Hi everyone, here’s my homily for the THIRD SUNDAY OF ADVENT – December 13, 2015. The readings for today can be found at: http://www.usccb.org/bible/readings/121315.cfm . Thanks as always for reading, sharing this on Facebook, twitter and redditt – and your feedback and comments. God Bless – Fr Jim

Quick commercial – This past week, we had a quite unexpected and unwelcome “surprise” – the boiler at the Newman Center went kaput.  Thankfully with mild temperatures and quick response from our plumber, we were able to have a new system installed rather quickly.  Unfortunately that was another $9,000 unexpected expense to an already stretched budget from our “Tree Falling Incident” back in May.  I’m grateful for all those who’ve already made a gift to NEWMAN CATHOLIC in our Annual Christmas Appeal.  The generosity of alumni, family members of our students and friends of Newman makes a tremendous difference.  To make a contribution, please check out www.MSUNEWMAN.com Many thanks for your kindness and consideration. 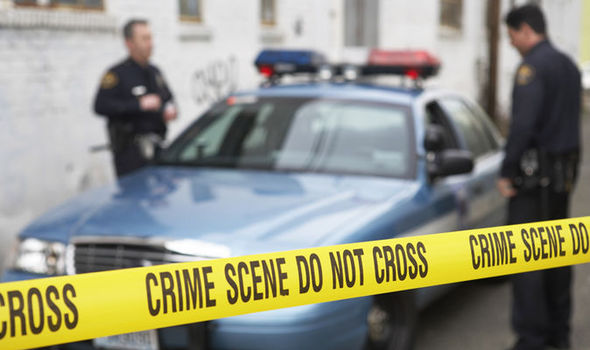 HOMILY:
A few years ago, this incident happened that really bothered me. It was around 1:00 in the morning.  I was brushing my teeth, getting ready for bed, and I had the radio on listening to the news on 1010 WINS.  A disturbing report came on talking about how police had discovered, yet another body out on Long Island, making 6 murder victims who had been identified in just a few days all in this one particular neighborhood. Investigators realized at this point that they were dealing with a serial killer. They started to put together a profile of the victims – all were women, they were all close in age, and had similar features and appearance. It also turned out that all of the victims were prostitutes. Already this was a sad and disturbing story. But what came next on this broadcast has troubled me ever since I heard it and is probably the reason that – despite the fact that we hear horrible things on the news on a daily basis – this story really troubled me.

The reporter interviewed a woman who lived in the neighborhood and asked her how did she feel about this serial killer and these attacks happening right where she lived. She said, without even a second’s pause, that she had been worried about it when she first heard about the murders, but once she learned that all of the women who were killed were prostitutes, she was relieved. As soon as she heard that, she said, she and her family and friends could relax and go back to life as usual.

It was startling to hear – this horrific thing was occurring right in her own neighborhood, terrorizing her community – but suddenly it didn’t matter at all to her – all because she felt that since she and those closest to her didn’t fit the victim profile, they were “safe.”  Perhaps she’s watched too much CSI or Criminal Minds and thinks the “unsub”wouldn’t go after her.  I doubt I’d ever feel safe if I knew that there’s a homicidal maniac killing people running around my town or neighborhood. As I spit the toothpaste out and yelled at the radio saying, “Hey Genius – killing people isn’t exactly a logical thing to do, perhaps one day this killer might decide to kill someone other than prostitutes…” 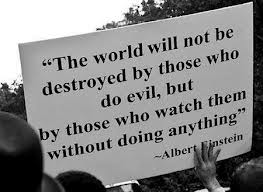 Besides that initial rant, what was stunning to me was that sense of disengagement from the horrific thing that was occurring right in her neighborhood. She was genuinely relieved as she spoke to the reporter. As horrific as murder is, this lady revealed something that is equally destructive to humanity: indifference… What concern is this to me? It’s not my problem… who cares?

In a lot of ways, many of us Catholics kind of coast through Advent… It’s the pre-Christmas of the Church who keeps telling us not to sing Christmas carols yet… not put up the decorations… not to buy into the marketing and worldly version of Christmas. Which if that’s the goal -we’ve obviously failed (I include myself in that as the entire Newman Center has been decked out with Jesus in the manger since the beginning of December… and yes the statue is there, it’s not like that event hasn’t happened yet and “Jesus isn’t here yet” – uhm he’s right there in the Eucharist, in the tabernacle all the time, so… ANYWAY)

But Advent is much more than that. We do try to slow down the Christmas celebrations to get in touch with what preceded that:   Advent is about our recognition of our Need for God.    That deep, deep longing within ourselves that can never be fulfilled by a present under the tree. That restlessness that even in a detached, indifferent world longs for justice, for peace, for (as Pope Francis so perfectly identified it) MERCY.   But we have to not just believe that those longings and desires can be fulfilled - but we need to get in touch with that part within ourselves that wants to experience them too. And that means we have to move out of our own indifference.

See that’s what the crowds going to John the Baptist in today’s Gospel have done. Just for some context: There were a lot of horrible things going on in the world back then. They saw the corruption of their religious leaders, experienced the oppression themselves as Rome had taken over their lands. And in so many ways there were extremes of anger, hatred, division that might appear oddly familiar to us in our day and age.

John the Baptist -who we hear last week is way on the outskirts of civilization – no power, no authority to speak of (at least in worldly terms)… But the Word of God had come to Him. And the human heart which is created by God for God is drawn to hear that word of God. The crowds identifying that they needed something other than what they were experiencing in their day to day lives go out into the desert and they ask John What are we to do?

That’s an important question.  It recognizes that we have to do something . If we want to experience Emmanuel – GOD WITH US, if we want His kingdom ushered in – that kingdom of Justice, of Love of Mercy – well that’s not just something that happens.  We can’t simply cast a vote saying “yeah I’m for that” and expect that it will happen because someone, out there will take care of it for us. God created us with way too much love and respect. He created us with the freedom to choose to respond or even (shockingly) to reject Him.  So hopefully the fact that we are here already reveals on some point that we are with the crowds asking John the Baptist – what are we to do?

And when we listen to the responses from John, there’s something shockingly ordinary about it. He’s not calling us to go and get even with our oppressors; he’s not suggesting counteroffensives or anything offensive.  No, he’s ordering things that seem basic, common sense, common decency: share with those who go without; act justly; be humble.  He is calling us to strengthen our virtues – to pursue a good life.

Those things call us out of ourselves, our self-centeredness – our indifference to the hurts, the worries, the fears of the world around us. That’s when we start responding with Mercy. As Pope Francis pointed out in his talks leading up to the opening of this Jubilee Year of Mercy: “A little bit of mercy makes the world a little less cold and a little more just.” When we do that, when we start to choose to be vulnerable over isolated, and stop deluding ourselves that that somehow makes us safe and secure; when we choose friendship with God over distrust over every stranger we meet – that’s when we start to see the face of Christ in the poor, the sick, the suffering, the imprisoned, the lonely.  That’s when we ‘do’ something.  That’s when we begin to encounter Christ ourselves.

Something tells me that, if the woman who the reporter interviewed knew one of the victims who had been found murdered by the serial killer, she wouldn’t have felt relieved or disinterested. Knowing and caring about the person would have radically changed her perspective, her feelings, her reaction.

The Gospel tells us - we do know the person – because we know Jesus Christ. And if we truly want to have deep friendship with Him, we have to ask ourselves What should we do? Realizing we have to do something for all those around us in whatever need, to the best of our abilities, knowing that when we do, it will make all the difference.