Hi everyone and Happy New Year!  Today we begin the holy season of ADVENT – which is a new liturgical (church) year for Catholics.   This is my homily for the First Sunday of Advent – NOVEMBER 29, 2015.  The readings for today can be found at:  http://usccb.org/bible/readings/112915.cfm  Thanks as always for reading, sharing the blog on Twitter, Facebook and Reddit – and all your comments and feedback.  God’s Blessings today and always – Fr Jim 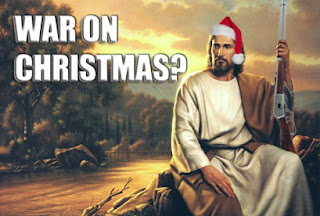 If you have seen my Facebook time line recently or are following me on twitter (@FatherJimChern) you might have noticed what a relative of mine said to me over the Thanksgiving weekend – you’ve been fired up. That wasn’t just a general observation, lest people think I need rage management or something. It was directed at something specific. My frustration has been directed at the so-called “war on Christmas.” But it’s been different than in previous years.

In years past, seeing atheists taking out billboards mocking Christianity this time of year; people renaming events and things to remove the name “Christmas” and making it “Holiday” and any utterance of a certain baby being born at a certain time in a certain place that had any connection to this time of year (just in case you didn’t know, I’m talking about Jesus) all of that would rile me.

But it’s different for me this year. First it was the fake outrage over coffee cups (stupid). The fact that this “controversy” (for those who would be offended if I don’t call it that) occurred at the beginning of November a good 9 weeks from the blessed event that the theoretically offended are preparing to celebrate just annoyed me. Maybe it’s because I’m getting older – that did happen the day after I turned 42, so it’s possible. But somewhat funny to me a tweet that I made about this “story” made in frustration – 5 days later ends up in two different story’s that The Star Ledger wrote with one ending up on the front page of their print edition (for the few people who still read that). Wasn’t quite sure what to make of that. That was the morning of November 13. By that evening, after terrorists attacks in Paris, few people seemed to care about that faux controversy. And one minor hope from that horrendous evil was that perhaps Christians around the world would take a step back and see the real war on Christmas – the real war on Christ, on God’s Kingdom – is a war on things that are beyond the confines of our religion – they are assaults on goodness, humanity. 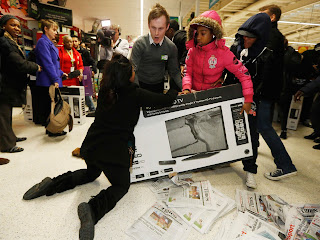 Yet before we knew it, we as a nation blew past the meaning of another holiday to gear up for “Black Friday Eve” (which used to be known as “Thanksgiving” the day for the people of this great nation to pause, give thanks to our creator by whatever name you want to call Him – for the countless blessings we’ve received). Instead, once again we saw people slugging it out for 50% discounts on 60 inch televisions littering wherever we receive our news as people were shopping for the more inclusive “holidays.”

That’s when I said we really need to stop even being remotely offended when people don’t call this the “Christmas season” because – in this era where everyone has a seeming basic human right to be offended and demand action from the rest of the world (that’s a sarcastic comment about another issue for another day) – it is offensive that the celebration of Jesus’ birth, the celebration of the historic moment where God enters humanity has been simply reduced to arguments over coffee cups; choosing to buy into the narratives that people who really don’t understand what we’re celebrating who we’re celebrating on December 25th are convincing us to find the meaning of Christmas at “Big Lots.” I just had this image of Jesus’ second coming actually occurring on December 25th and finding most of the world so exhausted at the preparations (or looking for receipts on how to return the gifts they received which were supposed to call our minds and think of the real gift that humanity received at Christmas) that Jesus would end up being alone on His birthday. 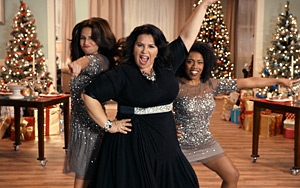 I’m not advocating the burning of Christmas decorations; overthrowing Santa and his reindeer; banning elves on shelves (although that one seems really creepy to me, but I digress) I’ve been properly schooled on inclusion here (haha) Seriously, though – we don’t have to become curmudgeons to prove our Christianity. In fact that’s the worst thing we can do – is somehow become holier than thou, self-righteous, elitist.

What we need – you and I -is Advent. To truly enter into this season. The Church is so, so wise… Which makes sense – one of Jesus’ gift to us is the Church. And listen again to some of the first words we heard at this Mass that the Church gives us at the start of Advent: Grant your faithful, we pray, almighty God, the resolve to run forth to meet your Christ. For centuries, the people of Israel awaited the coming of the Messiah who would save them. That’s what that whole first really big part of the bible called “the Old Testament” recounts: God’s creation, humanity’s rebellion; God’s love trying to help his rebellious creation – and humanity realizing they need God to step in and save them from themselves. Obviously, we still do. So the Church reminds us Advent is about meeting Christ. How? St. Paul tells us in the second reading: May the Lord make you increase and abound in love for one another and for all… strengthen your hearts to be blameless in holiness before our God and Father at the coming of our Lord Jesus. Who Jesus Himself tells us in the Gospel will occur at a time, at a day, at a moment we least expect. 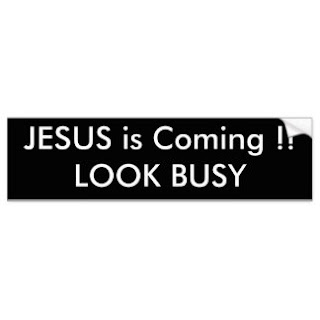 When we hear that, I think a lot of us treat it like this bumper sticker I once saw (in of all places a shopping mall) it said “Jesus is coming, everyone look busy.” I laughed at it, but it’s true. We treat that as a far off event. Something we will get to when things settle down, calm down. Once “the holidays” are over – maybe in Lent – yeah that’s when we’ll get serious (but then Spring Break interrupts and St. Patrick’s Day) and the vicious cycle continues.

But the reality is that “end time” will come – for all of us. This past Wednesday night, in the middle of the night I got a call from my cousins – my Uncle had a massive stroke, was on life support and they were hoping I could come and offer him Last Rites – which I did at 1:30 AM. By 3:30 he was gone. It wasn’t something any of us could have predicted.

“Be vigilant at all times and pray that you have the strength to escape tribulations that are imminent and to stand before the Son of Man” Luke 21: 36
That’s not meant to scare us. But our reactions to that tells us something – Advent is reminding us that at the “end” whether it’s the end of the world or our “end time” we’re going to (finally) find ourselves face to face with Jesus. If we’ve been seeking Him every day of our lives, if we’ve been desiring union with him, if we’ve been trying to follow His call in our daily lives (whatever that call looks like – whatever state of life we’re in: students, sons and daughters, grandsons and granddaughters, siblings, classmates) if we’ve gratefully received His grace and His love and tried to respond to it in how we’ve related to Him and to others – then that End time is something we anticipate, we long for as the people of old once longed for their Messiah.

If, however, we’ve been preoccupied, if our vision has been obscured, if we (kind of) know Jesus’ voice is out there, somewhere, amidst the ‘sound and fury, signifying nothing’ which is all around us – if we have treated His call as only one possible call among equals – then we live in fear of that day – it’s the deadline we know is coming, although we do not know when. 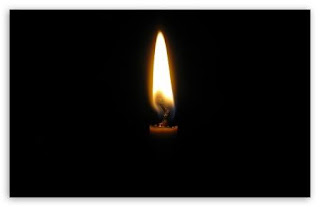 Advent calls us to “prepare for the Lord” – not simply to study or make a historical remembrance of Jesus’ entrance into our chronology; nor to live under the gloomy cloud of end-time worry, living in fear of that day when human history will end. We are to prepare for the Lord – with fear and joy – today and always. We are to be focused on the things of the Lord, to make sure He is our greatest priority, our one ‘ever fixed mark’; to make certain that, when He does returns, He will find we have been ever seeking Him, that we have been truly and deliberately ‘busy’ doing His work on earth, and are, at last, overjoyed to be united with Him, finally, for all eternity.