Hi everyone – here’s my homily for the 32nd SUNDAY IN ORDINARY TIME – November 8, 2015. The readings for today’s Mass can be found at: http://usccb.org/bible/readings/110815.cfm. Thanks as always for stopping by to read this blog, for your comments and feedback and for sharing this on Facebook, twitter, reddit and elsewhere through social media. Have a great week. God Bless – Fr Jim

A few years ago, one of my closest and oldest of friends – we’ve known each other since I was 4 and he was 3 years old – called me. We don’t get to see each other or talk on a regular basis, but it’s the type of friendship that we can go months without talking and seem to be able to simply pick up where we left off. So I wasn’t alarmed or surprised when I saw his name on my cell phone as it was ringing. But I could tell something was wrong by the sound of his voice. He simply said “Hey buddy – listen, I just wanted to call to tell you, my dad died a couple of nights ago.”


It was a pretty sudden shock. Mr. Ashley hadn’t been seriously sick. So I was pretty stunned. In the days after I found myself recalling different memories of growing up 2 doors down from my friends. When something like this happens, you might be surprised at how many memories you can have locked away in your heart and mind. Especially when you know someone basically your whole life. All of a sudden it was like taking a photograph book out and looking at pictures (something us older people did before digital pictures were saved on hard drives…)

Some things came back with all the details – Like I could remember Fourths of July where Mr. Ashley would light up the entire backyard with M80s, bottle rockets, and other illegal fireworks he had gotten. At Mr. Ashley’s memorial service, Brett told a story about how one day he pushed his father’s leaf blower, this gas powered piece of equipment that you’d push around (like a lawn mower) right into their in-ground pool. And how his Father didn’t kill him for doing that. As Brett was telling this story, I could see the entire episode replaying in my head (I had been there when it happened but had completely forgotten about it. Can’t quite recall exactly what my role in that whole experience was. Something tells me I wasn’t shouting “No Brett – stop, don’t…“)

Other memories though, I realize now how much detail was missing. Only now learning the full story, can I appreciate the beauty of those mental pictures so much more. For example, Brett talked about this one summer when I was maybe 8 years old. Brett was probably 7 his younger brother Drew was about 5 and their family took this cross country trip in a Winnebago. I remembered them being away all summer – you remember when one of your closest friends is gone, especially when they have an in-ground pool. 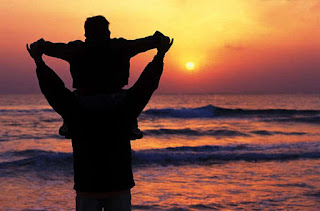 But at the Memorial service, Brett explained the reason for the trip. They had just gotten news that his younger brother Drew had a relapse of Leukemia. With this relapse, and fears over Drew’s prognosis, Mr. Ashley decided to sell his business, buy this Winnegbago and go and take his family to every National Park across the country. I had remembered hearing about the trip when they had gotten home – looking at pictures of them fishing, hearing stories of places they had visited together. But I didn’t realize why this was such an important trip or how much it had cost Mr. Ashley until his son recounted it at that memorial. You have to imagine that some of his friends, family members, colleagues at the time probably thought this was a reckless – even foolish thing to do. On one level, people probably would think it sounds sweet. But upon hearing Mr Ashley’s plans, I’m sure many tried to “talk sense” into him. Arguing, “You’re just being emotional” – “you’re not thinking clearly”. To put your livelihood, your career aside for a trip?

But the thing was, it wasn’t about a trip. It was about a Father wanting to give all that he

could for his son, for his family. When you have this little guy fighting a deadly disease. When you’ve gone to all the doctors, done all that you could do, and you’re not sure what’s going to happen, what is a Father left to do? So he completely emptied himself of all that the world tells us is necessary like finances, career. He let go of things like time and energy in order to obtain those things… And he offered them for his family, realizing that whether Drew was alive a year from then or not, he would never regret offering not just something, but everything he could out of love for his son.

That is what is at the heart of this beautiful Gospel story- offering something out of Love.

Not just something – everything… 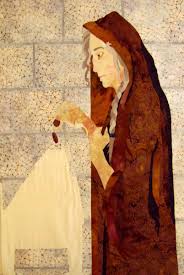 This widow, this lady is as poor as poor can be. Her entire life savings basically amounts to one cent. And what does she do with that one cent? She gives it to the treasury (basically an offering to the temple)

The right sides of our brains is ready to pounce: What difference is that going to make to the temple? There are wealthy people making offerings of far more substantial amounts. You could see some billionaire dropping a million into the collection. That’s not a small deal, is it? Now this widow puts her penny’s in – so instead of having 1 million dollars they have 1 million dollars and one cent… So now they can build that new temple? That one cent sealed the deal? Meanwhile, she can’t afford to do that! That’s all she has left… what’s she going to do now. Yes the right side of the brain is pretty clearly judging that this was quite a foolish and reckless thing for her to do.

But you know what – she didn’t ask us for our opinion. She didn’t even ask for recognition on the list of donors (notice we don’t even know her name) This isn’t about her contribution being compared to another on some spread sheet. It’s simply her way of putting her money where her mouth and her life is… She’s come to the realization that the only thing that matters to her is God. Yes her husband has died, she’s lost a lot already. Yet, that didn’t make her bitter – it made her cling to the one thing – the ONLY thing she knew for certain she had in her life – which was God. And so, out of love for him, she offers all that she has. She gives the only thing she physically possesses – a seemingly insignificant amount of money.

Over the last 16 years of being a priest I’ve come to realize that many people have never experienced true love so they don’t know how to offer it themselves. A guy hooks up with a girl for a night and they whisper “I love you”– that’s not Love. A parent makes outrageous, guilt ridden demands and says “If you love me you’ll do this” – that’s not Love either. People look for assurances of love from others in gifts – in possessions – and somehow can’t make the connection that despite getting those things why they still don’t feel fulfilled – because that’s not love either. And there are countless other stories or examples of destructive, or manipulative behavior that people have been told or led to believe is loving behavior which is not – which is in fact quite the opposite and which is shockingly sad.

Unfortunately for many who’ve gone through such experiences, all of what I’m talking about probably does seem unreal or like a fairy tale. The rational, reasonable arguments from the world saying “how foolish and reckless these people offering their entire selves out of love are”- suddenly seem valid.

The creator of the Universe – who LOVED YOU AND ME INTO EXISTENCE. He keeps loving us by giving us His son Jesus Christ – by telling us we are to follow Him and His example – which is a life of complete self-emptying, giving up his life, giving up everything for you and for me. 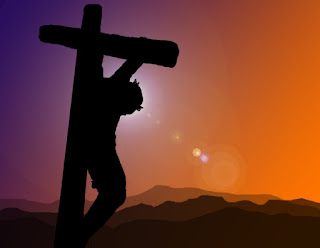 That’s why he’s touched and moved when he sees the poor widow acting with that same foolish, reckless abandon. He sees that she gets it. She’s been changed by the God who has so foolishly, recklessly loved her, and She loves Him back like that – by giving all that she has left to Him, knowing he won’t abandon her or let her faith be shown to be foolish or reckless.

I know for my friends, Brett and Drew, as much as they still mourn the loss of their father, they have been forever changed by their dad’s loving example. They are two of the most generous, selfless men I know.

What about us? I don’t think Jesus is putting to us a challenge — where he sends us home to “prove” whether we love him with that selfless, self-emptying, giving love for him tonight or not (and saying, if you do, you’ll empty your savings accounts to show that – anytime you hear a preacher recommending that, run away as fast as you can). Love isn’t something we can put a dollar amount or any other quantifiable measure on.

The Gospel is not about our bank accounts. It’s about our hearts. And that takes a lifetime for us to truly offer to Him. The challenge then is more basic,- do we actually believe that Jesus loves us like that?