Hi everyone, here’s my homily for the 30th SUNDAY IN ORDINARY TIME- OCTOBER 25th 2015 – which was also the close of our “TRUE HAPPINESS” Intercollegiate Retreat. The readings for today’s Mass can be found at: http://usccb.org/bible/readings/102515.cfm. Thanks as always for reading, sharing this blog on Facebook, Twitter and Reddit and all your feedback and comments. Have a blessed week – Fr. Jim

HOMILY:
What was the last dream you had? Can you remember what it was? When you had it? 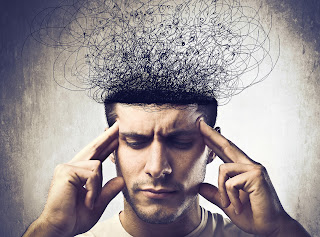 Scientists admit that trying to figure out Why we dream is still one of the greatest unanswered questions. Researchers have offered many theories: consolidating of memories, a way for your emotions to be regulated, threat simulation— but coming to a consensus on why or what they all mean remains, a pipe dream.

Supposedly every time we fall asleep, we dream – but whether we remember them or not depends on a whole host of factors – like how deep a sleep we’re having, how we wake up, at what point in the “dream cycle” we awake. It might have to do with what type of dream you’re having: There are times when we will wake up heart pounding, terrified by something (in case you weren’t sure – that’s a bad dream – or a nightmare) Sometimes it might be somewhat mundane – Like a repeat of some daily events or routine encounters (I’ve had dreams where I’ve called and had conversations with people that are so ordinary that I will think the next day they actually happened). In other cases it’s a bizarre fantasy or the weirdest story that not even the cheesiest TV producer would ever consider (then again, maybe they would)

There are other dreams though

– things that are there not just when you’re asleep… but continue well after – when we’re awake, when we are fully aware, that resonates deep down inside in our hearts, our souls.

What is it that you dream of?

This Gospel story we just heard remains one of my all time favorites. It’s the one that pretty much every person I’ve met for Spiritual Direction or confession on a regular basis might have heard me reference at one time or another. Just to recap – here’s Bartimaeus – a blind man, sitting on the roadside, begging. He hears Jesus is passing by and cries out for attention. After being rebuked by the crowds, Jesus calls for him to come forward. I’ll never forget one time praying with this scripture and trying to picture the scene – moment by moment – imagining this one on one encounter – Jesus Son of the Living God face to face with Bartimaeus – you can sense the drama, you can almost feel the build up… Almost like a movie… And then Jesus asks “What do you want me to do for you?” I remember sitting there thinking that might be the stupidest question of all time. Like if it was a movie scene and I’m the director I’m screaming CUT – Sorry Jesus, let’s take this again. He’s a blind man – He knows you’re God – “What do you want me to do for you?” Don’t you already know? Is it that hard to figure out?

But then it hit me. If I was Bartimaeus – in fact I am Bartimaeus in a lot of ways – my answer might not be so obvious. Because it’s not hard to imagine Bartimaeus asking for something else… Something like: “Jesus did you see how all those people were trying to shut me up as you were coming by…. Did you see how many people ignored me and treated me like crap. That’s just the tip of the iceburg Lord. Seriously. This world sucks. Here I am begging, groveling and these people who aren’t blind don’t give me the time of day let alone help me as I’m begging. I want you to give it to them… tell them off, smite them, do something…”

Jesus patiently listens to all of our prayers. But that doesn’t mean he’s going to take all of our suggestions. That’s not to say that He wouldn’t be troubled (or rather, isn’t troubled) by the indifference of others in our world to the hurts, the sorrows, the pains of those in need. On the cross, He experiences all of that himself so He is very attuned to all of that and is in fact close to us when we are suffering from our crosses as well.

But if that was the prayer … if that’s what comes forth from Bartimeaus heart and soul… if that’s what He’s dreaming of – whether he’s awake or asleep – that reveals a hardness, a bitterness, an anger of heart that is devastating the man’s soul. And that, his soul and every soul – is much more important to Jesus than the physical limitation we may suffer… He would be just as disturbed by the anger, the hardness of heart, the bitterness that would need healing as he would be to the callous, lack of care and compassion of those who passed the blind beggar by.

Which is why Bartimaeus response is beautiful as it is very clear and direct… What does he say?… what is it that he has been dreaming about for sometime? What he desires is something whole and entire: Master I want to see. Notice he doesn’t say “I want my blindness cured” – which would take care of just his physical limitation. It’s deeper than that – I want to see. 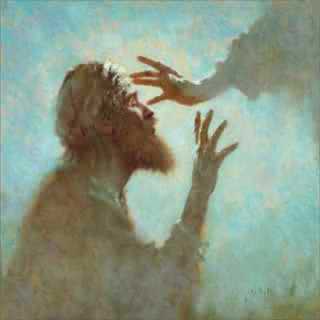 Maybe we’re not sure. If you’re like me, so often I do have the shallow “Jesus get back at those people” type responses… or maybe not that negative, but silly – Jesus I gotta get this project done…(and he’s kind of looking at me like – well yeah, that’s why you gotta get your stuff together and stop procrastinating and do some better time management…) Or maybe there’s some bigger stuff going on in your heart and your soul and it’s hard to know for sure what it is we want to ask for. And that’s okay. Because it’s a lot deeper question than we’re sometimes used to thinking about.

This past weekend a bunch of us from the Newman Center were on retreat with about 60 others from campuses all around the Archdiocese. And the focus of the retreat was on what is often described as a universal desire – something that every human being longs for, dreams of – for themselves and those closest to them: True Happiness.

But the problem is that so often we’ve been chasing after things that promise us happiness that seem to lead us further away from it. We’ve settled for shallow things. We’ve listened to and been convinced of lies of others saying if we do this – or buy that or follow them that we can be happy only to be let down, discouraged and so often fall for the same cycle again and again. 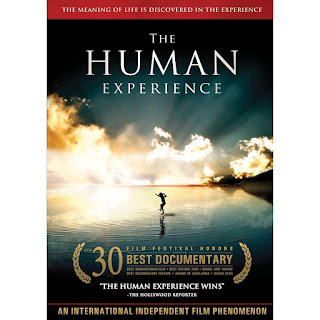 One part of the retreat we showed a film called “The Human Experience.” It’s such a powerful film – I’ve seen it maybe half a dozen times now. And it’s basically about these two brothers search for “the meaning of life” by spending time living with the homeless in NY, disabled orphans in Peru; those dying from AIDS and Leprosy in Africa. The film is deeply moving and well worth you’re watching the 90 minute documentary (like I said I’ve seen it 6 times) But nothing’s blown me away as much as one of the first times when we had a screening for it for a particular class on campus. The professor invited her students to offer anonymous reactions and submit them to her. One student wrote: I’m watching this film where we meet disabled orphans who were abandoned after they were abused; people facing life-ending, debilitating diseases and yet when here I am a healthy, wealthy American who’s a senior in college and I can’t help but think “how are they happier and have more joy than I do?”

Yes, the desire for Happiness is universal – but the pursuits can be very different.

What do you want me to do for you – Jesus asks us today… What is it that in our heart of hearts we seek? What is the happiness we desire, we dream of? What does that look like? How does that take shape?

St. John Paul II in the year 2000 as he met with Young People at the World Youth Day of that time answered it this way:

It is Jesus in fact that you seek when you dream of happiness;
he is waiting for you when nothing else you find satisfies you;
he is the beauty to which you are so attracted;
it is he who provokes you with that thirst for fullness that will not let you settle for compromise;
it is he who urges you to shed the masks of a false life;
it is he who reads in your hearts your most genuine choices,
the choices that others try to stifle.
It is Jesus who stirs in you the desire to do something great with your lives,
the will to follow an ideal,
the refusal to allow yourselves to be grounded down by mediocrity,
the courage to commit yourselves humbly and patiently to improving yourselves and society, making the world more human and more fraternal

As we come to meet Jesus in the Church, in the Sacraments, in one another, in our service to one another, at this Mass in this His Word and in a few moments in receiving His Body and Blood – over and over, He keeps giving Himself to us – again and again. In these and many other ways, Jesus reveals what is His dream what it is He wants . Quite simply: us. He dreams of and desires you and I to be with Him, to be apart of Him now and always. May we like Bartimeus have our sights restored by Him
and truly see Him,
and in Him – True Happiness.