Hi everyone… here’s my homily for the 24th Sunday in Ordinary Time – September 13, 2015, which is also our first Sunday Mass on Campus at Montclair State University for the New Academic Year (Welcome Back Red Hawks!)  The readings for today’s Mass can be found at: http://usccb.org/bible/readings/091315.cfm.  Thanks as always for stopping by and reading this blog, your feedback and for sharing this blog on Facebook, Twitter, Reddit and elsewhere in the Social Media universe… grateful for your support.  Have a great week – God Bless, Fr Jim 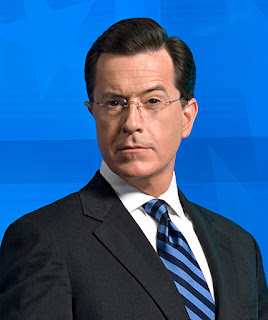 HOMILY:
So I wonder how many of you got so into the hype that’s been building for weeks: the commercials, the magazine covers, the newspaper articles (if anyone still reads those things) that you actually tuned into the “Late Show” with Stephen Colbert this past Tuesday – or watched it online soon after? I’m guessing at least a few of you must have – they had some record number of viewers that night.

There’s been a lot of anticipation for this debut since Colbert’s had a pretty significant following for years on Comedy Central with his half hour “Colbert Report.” I’m not much of a Late night-TV show fan, but I was drawn into the hype of not wanting to miss anything that may historically happen, much like when David Letterman retired this past May 20, 2015.  (I will forever remember that date, not because I was such a die-hard Letterman fan, but because again, I was drawn into all that hype and was watching that last episode out of curiosity when all of a sudden a massive tree crashed through one of the houses of the Newman Center... yeah, that happened…anyway… that’s another story for another day. Despite that awful experience and not being superstitious… well I’m Italian, so that’s not entirely true, anyway….) I was one of the legions of millions who was curious to tune into this first night of Colbert’s “The Late show.”

The major question that critics, observers and commentators offered leading up to this debut from the time it was announced that Stephen Colbert was the next host(after the all important one to the TV executives of will he beat Jimmy Fallon?) is - who will show up? Meaning, which Stephen Colbert?  The character or the real one. What’s been key to his successful Colbert Report for 10 years as he starred in a show named after himself, was that wasn’t really him personally – but rather, he was playing a character. He was a fake news anchor – comically skewering news makers and becoming a cultural icon in the process.

But it was meant to be a joke, He was playing a fictitious right-wing character who would ask questions in character that you couldn’t quite tell: was he making fun of the person he was interviewing or was talking about; was he ignorant; was he saying the person in the story was ignorant.  Like any good satire, you were constantly guessing.
When that show was at it’s best, he was able to poke fun by pointing out something unintentionally funny without it being mean.  For example he had this bit called Difference Makers which looked like something you might see on any network nightly news – you know like a human interest story.  He would interview everyday people who really believed they were taking some highly principled stand.  And he would let his fake character talk to these somewhat clueless participants who would go on and on in all seriousness about everything from a self-righteous self-appointed task force who felt it was their duty to go out and stalk and harass meter maids — to a man who sincerely believed that having a statue of a woman in red-white-and blue selling tires and naming her “Nitro girl” made him a visionary in patriotism… Not doing it justice (which is why I’m not on late night) but it was hilarious ( You can check this one out here:
http://occupythelulz.com/link/68125

Now with this new role on the”Late Show” he couldn’t play a character anymore. It’s a different venue, different audience. If he’s going to go from talking to a celebrity promoting a film to a candidate running for public office to some news maker (as the other shows do) he has to be himself… he has to be authentic and real. Colbert recognized the challenge as he joked about it Tuesday night saying “I used to play a narcissistic conservative pundit – now I’m just a narcissist.” And he tried to explain in interviews over the last few months that there was a lot of his real self in the character of “Stephen Colbert.” Now freed from that narrow persona he had been playing, the public was going to realize that. How well he makes that transition and whether people are able to accept the real Colbert from the fake “character” will be one of the keys to the show’s success or failure.

It kind of fascinates me on a philosophical-(and theological) nerd level… Who are any of us – really?  As college students, sometimes you feel peer-pressure to fit in so there’s a part or a character that you attempt to play to different groups (which is based on real things).  More often you get easily and quickly labeled by what you study (how many times are you asked “what’s your major?”) or where you’re from (especially here at Montclair State where there’s that whole North Jersey vs. South Jersey thing mixed in with a few troubled, misled people who claim there’s something called a ‘central jersey’ – as people from anywhere outside of the state think we’re all bizarre and wonder what foreign country they’ve landed in coming here).

That doesn’t really end at graduation either. People will continue to try to figure you out by what job you have, what company you work for, how much you make… who you’re married to.  People categorize us in very general ways based on a little bit of information. Yet if we talk to your Mother or Father; talk to your Brother or Sister; talk to your children or your closest friends – you start to get closer to the humanity. Beyond the facades, beyond the pressures to be accepted, Beyond the general snippets of biographical information and start get to a fuller and more intimate description that gets closer to the real you…

Which is what’s happening in the Gospel today. Jesus is walking with his “inner circle.” He knows people are talking about him. He knows that he’s gotten a lot of attention over a lot of different things he’s said and done. “Who do people say that I am?” He asks them. And we hear some responses they offered “John the Baptist, Elijah, one of the prophets.” Hearing that we might think that’s just a bunch of bible-dudes. But for them those names were HUGE. Those names would have been considered some of the most famous, most popular figures to the people of that day. (Maybe like Aaron Rodgers or Taylor Swift or Tom Hanks of the spiritual world) It’s interesting no one tells Jesus the negative things people are saying like “A trouble maker” or even “the devil” for doing some miraculous healings on the Sabbath. 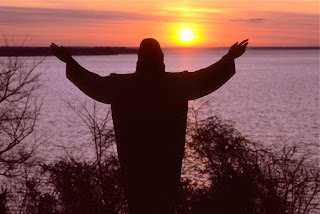 Jesus knew all of those things – the good and the bad- that people were saying about him. It’s an advantage of being the Son of God – He has an amazing insight into the hearts and souls of humanity. Which is why Jesus’ next question becomes even more important “But Who do you say I am?”

Because in asking that, Jesus is saying –

It’s not about making Jesus happy and getting the correct answer like on a test or something. Jesus is asking a question meant to trigger some deep reflection… Who do you say I am – what does your heart and soul say about who I am. As Peter says “You are the Christ” – Jesus sees the beginnings of understandings. He sees that they are starting to get it. YES – There’s more to Jesus than whatever the world headlines are saying. They are recognizing the divine. He can hear in that response they’re not getting hung up on general categories, the buzz on the street or gossip of the crowds. You are the Christ – they do know me.

And in that intimacy, just like we feel with those who are closest to us – Jesus shares some of of the most intimate important details about what that means. He tells them, as much as people say they are looking for God and do things that appear to be of God or about God – yeah, they are going to utterly reject me. The world is going to hate me and destroy me because those of the world are about the World – They are about themselves and They are focused down here.

In an instant Peter goes from that brilliant flash of insight “You are the Christ” to being utterly clueless about what that means. He rejects Jesus’ outlook as to what’s to come, as he tries to argue “No way Lord! People are going to Love you”. And Jesus’ response , yeah it sounds bad… I suppose if Jesus said to me “Get behind me Satan” I’d be a bit upset. But Jesus wasn’t making a final judgment on Peter (thankfully for Peter’s sake, that would be kind of hard to recover from) He was saying you need to know that in saying those words You are the Christ – the world is going to be threatened by them. The world will reject the Christ – and the world will reject anyone who follows the Christ.

The world still does. And Jesus’ warning then is the same now. The temptation that many struggle with is following a character a persona of Jesus rather than the real Christ. So some try to make Jesus fit into the world, try to make him “acceptable” or to fit into some non-threatening category that allows the self-centeredness of the world to continue while claiming to be a follower of Christ – and that is of Satan. That’s what sin is all about: Seeing life through the world’s eyes rather than from God’s. Putting stock in the words uttered by the crowds and the general public rather than recognizing the Christ and surrendering to His will. Yes that is hard, Yes it will involve taking up our cross. It means hearing that question being asked to us and being challenged by it: Who do you say I am ?

We can align ourselves to different camps in the throngs of people who’ve heard of Him and talk about Him in general terms – he’s a gifted preacher; he said some beautiful things that we should aspire too; or I agree with his social-justice stuff – so I’ll take some of those things and make a bumper sticker of that and put it nicely on my car… but that’s it. We don’t allow Him more into our lives or rather we don’t want Him to be more. He’s a character we’ve created that we find acceptable. But if like St. Peter we recognize Him for who He really is, You are the Christ, that leads us to a much different life where we are to think as God does, where we are to, as we heard in that second reading let our faith reshape how we live our whole lives. Where Jesus accompanies us through the ups and downs and everything in between – leading us ultimately to be with him for all eternity.

May you and I have the courage to not just say the right answer, but the authenticity to live it… so that we don’t become mere characters, fake personas ourselves but a true follower of Jesus, the Christ.