Hi everyone.  Thanks for visiting my blog.  Here’s my homily for the 21ST SUNDAY IN ORDINARY TIME – AUGUST 23, 2015.  The readings for today’s Mass can be found at:
http://usccb.org/bible/readings/082315.cfm   Thanks as always for stopping by and reading, sharing this on Twitter, Facebook, Reddit – and for your comments and feedback.  As always it’s much appreciated.  Have a great week – God Bless, Fr Jim

Quick commercial – the Newman Catholic 2015 Summer Appeal is coming to a close.  We’re grateful for all the support as we continue our mission here at Montclair State University.  For more information – www.MSUNEWMAN.com 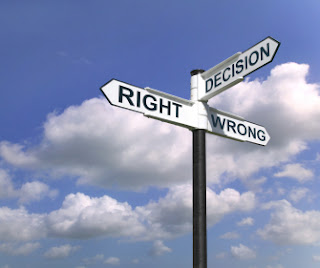 It’s been observed that with all the different social media sites how people are in a way sharing more and more about themselves to greater detail then ever before. There’s a lot of theories as to why, but whatever that root cause is, it’s somewhat shocking how revelatory people can be. For example there is a site where people can post all their “Regrets”: the users of the site look back on some of the missed opportunities, the bad choices they had made and shared it with the world – either as a warning to others or as some form of public confession:


– I wish I could go back to when I was 22. I would have stayed in LA and taken the marketing job right out of college…


– I would have bought the condo in Long Beach for $60k that I was looking into. When I see how much it’s worth today, ugh…

Some were a bit more serious, for example, one individual said: I would go back to when I was 20 and NOT smoke that first cigarette. There were more than a couple of people who agreed with that post.

Some were truly heartbreaking, like this one: I wish I could go back and marry the only person I really cared about and never let the stupid things that ended it affect us.

“Regrets,” we can sing along with Frank Sinatra, I’m sure, we’ve all had a few… Some in the grand scheme of things aren’t too big a deal (I should have gotten that car in blue instead of green); while another might be a life-altering moment that puts us on a different track – that, in hindsight, is a bad decision. A decision that because of our blindness, stubbornness, ignorance, whatever the reason – we made that choice and it has affected us for the rest of our lives. And because we’ve experienced those regrets in our own life, it’s almost sadder to watch others – children, friends, relatives, co-workers making a choice we know inevitably they will regret later…

For the last month we’ve been hearing from John Chapter 6 in the Gospel for Sunday Mass. It is called Jesus’ Bread of Life Discourse, and by way of brief reminders, the whole “discourse” began with one tremendous miracle. Jesus feeds thousands of people with five loaves and two fishes. UNBELIEVABLE! That was utterly amazing to the crowds. It was impressive to a whole bunch of Jesus’ disciples who had been following him and thought they had been impressed with him already!

But after this incredible experience, Jesus challenges them to go deeper and tells them to look beyond their stomachs. To see the hungers in their hearts, their souls, their lives and that yes – He could give them the nourishment that would satisfy that too. Jesus would give His Flesh to eat and His Blood to drink. And he follows that by saying that the only way to have those hungers fulfilled is to feast on His body and blood. “That can’t be,” some thought… “What do you mean?” many asked – wondering was this a parable, some symbol he was referring to or metaphor for something else… Yet Jesus continues to say it over and over – I am the Bread of Life – you must eat my flesh and drink my blood…

And so after these weeks where we’ve been hearing this back and forth dialogue between those who were awe-struck-filled-with-wonder-and-amazement disciples and Jesus, we read some pretty sad words: Many of Jesus’ disciples who were listening said “this saying is hard; who can accept it?. . . as a result of this, many of his disciples returned to their former way of life and no longer accompanied him.

I’m sure for Jesus that it was hard watching someone (or a whole bunch of someones in this case) make a decision that he knew, eventually, they would regret. Because it is such a definitive moment whether or not to stay and continue to follow Jesus. It’s clearly and definitively a choice whether or not they would continue to believe, to trust, to follow Jesus. It’s clearly and definitively a choice, a decision whether or not to love Jesus. That was true then and it’s true now. Up until now, they were following because they liked it when Jesus was doing things they liked (free Fish! Free Bread!) Or saying things they liked…

But if it’s just about getting what you want, when you want, how you want on your terms – that’s not love. That’s called using people.

Jesus’ who is Love incarnate -wants to teach the meaning of true love. To do that he will offer his flesh and his blood – on the Cross – He will make that real to us in the unbloody sacrifice of the Eucharist where the bread and the wine become his body and blood – given freely, generously to us.

Yet, regretfully some leave. Some because that ultimate expression of selfless love is mind and heart blowing – it’s going to demand a selfless, generous response from those who receive it. But in making that regretful choice – whether out of fear, out of selfishness, out of believing the lie that there’s something or someone else in this world that could satisfy the deep longing, the restlessness inside them, – they will never find the joy, the love that every heart and soul is seeking.

The thing is, and it’s good to remember – the choice to stay with Jesus didn’t mean that the doubts disappeared (really, we are going to be eating your flesh?). The choice to stay didn’t mean perfect understanding that what Jesus was saying would eventually come to light (how does that piece of bread that cup of wine at Mass become Jesus’ body and blood?). But choosing to stay in spite of those doubts, that is an act of faith, an act of love. And that’s what Jesus is looking for. Not to blindly order them to follow him because he told them to, but because everything he had done up until that point was giving them glimpses of what a relationship with Him would offer.

Pope Francis a few years ago explained it like this: Being Christian is not just obeying orders but means being in Christ, thinking like him, acting like him, loving like him; it means letting him take possession of our life and change it, transform it, and free it from the darkness of evil and sin. … Let us show the joy of being children of God, the freedom that living in Christ gives us which is true freedom, the freedom that saves us from the slavery of evil, of sin and of death! (Audience, April 10, 2013)

May we follow the example of another Pope – this time the first Pope – St. Peter. He like each of us, struggled with his doubts, his confusions, his outright failures. But he remains with Jesus… Stays with and follows him. And in that, he comes to learn and experience how each of those struggles become opportunities for him to know and trust Jesus’ promises of love and forgiveness. To the point where he ultimately is able to lay down is life totally and completely in testimony to Jesus. He probably had no idea that was in his future on this day when he makes his spontaneous testimony of faith. That was born of his remaining, his following, his receiving Jesus. May you and I persevere in the face of our own obstacles, temptations, doubts, disappointments and failures. Knowing we will never regret remaining (and when necessary) returning to the Lord, because, making Peter’s words to Jesus our own – We have come to believe and are convinced that you are the Holy One of God.