Hi everyone, here’s my homily for THE SOLEMNITY OF THE MOST HOLY TRINITY – May 31, 2015.  The readings for today’s Mass can be found at:  http://usccb.org/bible/readings/053115.cfm    Thanks as always for reading, sharing this blog on Twitter, Facebook, reddit – and for all your comments and feedback.  Have a great week – Fr. Jim 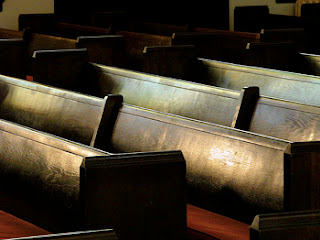 A couple of weeks ago, there was a lot of news coverage reporting the decline of people in the United States who consider themselves religious in any sense of the word.  One of the most notable statistics, sadly, was that in the past 7 years, approximately 7% of the population no longer considers themselves Christian and the fastest growing and one of the largest groups now are those who claim to have no affiliation whatsoever to any religion.  That’s not to say they’re all atheists (although there’s a large number who say that – that they don’t believe in God) – in most cases it’s a rejection of Christianity… or I would argue, what they think or what they’ve been told is Christianity.

It reminds me of an encounter a few years ago on the campus I serve as Campus Minister at.  There was an Inter-faith conversation that was attended by professors, clergy, students.  As we went around the room and introduced ourselves, and what faith we were coming from – this one young girl described herself as a “Witch.”  The professor (who was the chair of the Religion Department) who was the moderator of the conversation asked her “what does that mean?”  She quickly altered her answer saying she was “kind of like a Pagan.”  When the professor started mentioning the names of different pagan gods, she seemed kind of unfamiliar with their names or anything about them and then quickly added “well I know I don’t believe in the Judeo-Christian god.”  My radar said “this young lady was born and raised Catholic” and sure enough at some point she did reveal that she had (at least) attended Catholic school.

There’s a lot of reasons for all of this.  I can think of a pretty substantial list of areas where we as Catholics have failed which has left people hurt, angry, confused or all the above – and in a perfect storm of events – the devil has been hard at work offering alternatives to replace our love and worship of the one true God with a variety of alternatives: the worship of oneself (thank you Twitter, Facebook, instagram); the gods of devices and gadgets; the pursuits of materialism; etc…    And all of those discussions and reflections are important…

But part of the reason we’ve seen a decline in people claiming to be Christian is tied to what we celebrate today – the Solemnity of the Most Holy Trinity.  Usually when we come to this feast day – there’s been this kind of acceptance, even among priests that “it’s just a mystery” that we struggle to explain, we try to simplify it as best we can – bring out shamrocks and say “God is like this three leaves but one clover” and “let us stand for the creed.” 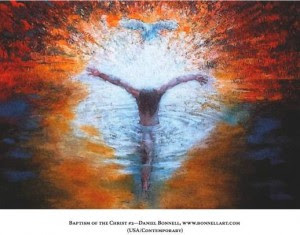 In our sense of awe at such a great mystery; in our struggle to find the adequate words to express or explain this important aspect of our faith; in our reluctance or fear of being asked to share our understanding of the trinity – we ourselves can contribute to this unknowing or forgetting of who God is.
God blessed us with the brains to wrestle with the complexity of who He is and with the hearts, souls (and bodies) which were made by Him and for Him in His Image.  Understanding the Trinity isn’t just a matter of getting some doctrinal statement correct, but our understanding who we are as well.

Because, unlike those of Islamic faith who view God as a Master they are subject to….
Unlike those of pagan beliefs who view their god’s as powerful, supernatural beings prone to arbitrary acts that can be appeased by the feeble offerings of mere human mortals…
Unlike our Jewish ancestors, the elder brothers and sisters of the covenant who first heard the voice of God but continue to await the fullness of redemption…

In Jesus Christ, we have seen God… we know God… we receive God into our very body’s and souls.  Jesus as God’s own Son, leaves Heaven, becomes one of us and one with us and has revealed to us the profound depth of love which is this One God in three persons.

-God the Father, the creator of the Universe, the source of the plans and predictability of the Universe in which He created all things… the amazing splendor of a world that has the ability to continue to grow, expand, evolve and progress…

-Jesus Christ, his only Son who came and continues to come to set us free – free from the limitations we as humanity impose upon ourselves – especially in the delusion of freedom where we follow the example and error of Adam and Eve and feel we can go it alone, do it better following our own way rather following what God has created in his perfectly created universe.  Jesus comes to free us from our self-enslavement to things, to the world, to the flesh, the devil… And he frees us by over and over and over again offering us His forgiveness, His Mercy which enables us to become His Brothers and Sisters and in perfect relationship once again with our Loving Father.

– The Holy Spirit – the Third Person, He who continues to transform, to renew the face of the earth… who awaits our openness, our invitation to convert us into those sons and daughters of that Trinity… who equips and enables us to use our best selves, our truest selves, the people we were created to be to help in that amazing work of transforming the world around us – most especially in bringing God’s very presence to the people we encounter

If we don’t just accept – but embrace – this mystery as much as we embrace other mysterious aspects of ourselves (for example, try focusing on how is it that our circulatory system works and tell me that’s not a mystery as well – which is something we readily accept and are grateful for) – then we can begin to turn the tide of those who say they don’t believe or don’t know God.
They will see Him,
they will experience Him through us Christians… when we act as Christians in the truest sense:
by creating new life–wherever we go, at work, at play, in our marriages, our families–a world with fewer self-delusions, fewer lies, fewer walking dead…
by redeeming everyone we can– seducing them by our joy away from the smaller lives so many are willing to settle for, redeeming them from the hollow fake sophistication that walls us off from being open, vulnerable, children of God.
by transforming- renewing, enriching the face of the earth and each and every life we come in contact with.

May God who is Father, Son and Holy Spirit bless us on our missions to discover, to value, to draw out the amazing image of Himself waiting to be surfaced, released and shared with the world He has created…