Hi everyone, here’s my homily for the 7th SUNDAY OF EASTER (out here in the North East of the United States, we still celebrate Ascension Thursday on Ascension Thursday 🙂 ) – MAY 17, 2015. The readings for today can be found at http://usccb.org/bible/readings/051715-seventh-sunday-easter.cfm – Thanks as always for reading and sharing this blog on Facebook, Twitter, Reddit, etc. and for your feedback and comments. God Bless – have a great week – Fr. Jim 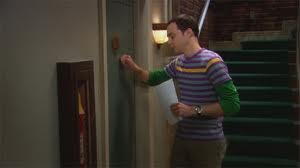 Elizabeth Durand, was a writer for the New York Post and a few years ago she wrote a column describing a really bad day she was having. After being able to get free internet access from a neighbor’s WIFI for a few months, the neighbor moved (the nerve of them), leaving her disconnected. She decided it was (finally) time to order her own service. Which resulted in a test of patience as Verizon had to send her four “home installation kits” (the first two were sent to the wrong addresses – and the third kit had a box that was empty). When the fourth finally arrived, you can imagine her frustration when she plugged it in and nothing happened. After all this a technician would have to come to her apartment for a visit.

So she chronicles how the Verizon tech arrives, tells her he needs to find the “Verizon box” for the apartment building. This sets off the “difficult day:” She doesn’t know where that box is; she has to call the super; the super tells her it’s in the courtyard; “well how do you get into the courtyard?” she asks; “well you have to go thru Bills apartment… But you know what??” Bill is late in his rent!” the Superintendent angrily remembers, so the super hangs up; the Verizon guy suggests to Elizabeth, they just knock on Bills door and get into the courtyard themselves, which they do.

They knock on Bills door, pound on it as no one answers and just as they’re banging on the door– it just opens. Elizabeth says out loud “who leaves their door open in New York?” as she steps inside. To her surprise, Bill was there – however he was dead. The Verizon tech told her to call the super as he went to look for the Verizon box. When they found the door to the courtyard had been padlocked, the Verizon tech suggests that Elizabeth look around the apartment for the key, which she decided against. “Suit yourself” the tech said as he left. The super arrived and then said to Elizabeth, “well it will be easier next time for the technician [to hook your internet up] because you don’t need Bill’s permission [to get in here].” With that he said “How about you and me grab a drink?” She declined.

With that, Elizabeth left, needing to clear her head, going to the library where she could email some friends. She said as she walking to the library, she was reflecting on the whole thing – wondering what happens that everyone seemed so callous. The phone guy has to come back – Her super is hitting on her, she needs to log on to the internet to send some emails – and oh yeah, Bill – her neighbor – is dead. She poured out all of this to a friend in an email. Her friend replied with all the love and concern you’d hope for as he asked “Do you know how much for the dead guy’s apartment?”

Oh, yeah, she did – she had already decided to rent it.

It was a bizarre read, to be sure. I wasn’t sure if she meant it as a parody or what – Because even the headline to the story “Death of sentiment: an apartment, a body and what New York does to you” seems to go along with the almost unapologetic tone of the entire article. Here a man has died, and yet life continues on without much thought – little to no care at all …other than how this affects their schedules, their lives. “Ah well,” all of these characters seem to say, “that’s what being a New Yorker does to you…ya want yo internet or what???” 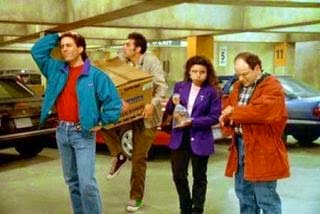 Its unfair to accept this writer’s characterization that all the citizens of New York are like this, but it’s interesting that many didn’t seem to have a problem with that type of portrayal. There wasn’t any letters to the editor condemning this or citing more noble examples to counter this episode of self-absorption. It’s almost as if people aren’t shocked by this story of a dead man discovered in an apartment as the world around the man seems more concerned with the internet hooked up.

There is something to that theory or that belief that the company we keep – who we surround ourselves with – that affects us. A friend said not too long ago “I am blessed to work each day with very holy people. Being around holy people makes you want to be more holy. The opposite holds true, too.” (No he doesn’t work with me!)

I think that’s what is at the heart of Jesus prayer in today’s Gospel passage. Here we are on the last Sunday of Easter… (Next Sunday the season of Easter will conclude with the Feast of Pentecost) And the Gospel passage comes from Jesus’ prayer at the Last Supper before his Passion begins. And what is it on his heart and mind? It’s a theme we’ve been hearing for the last few weeks – this desire for unity, this hope for “remaining in Him and He remaining in us.”

In today’s Jesus takes that a step further and reveals some of his concerns.

He’s praying that his followers will not be corrupted by the world. He’s praying that they will not be pulled apart from one another as a group and even more that they won’t be lured away from the Father to become something he knows they’re not. He knows the great capacity of each of His followers to bring the very Life and Love of the Lord to the ends of the earth. And at the same time, that’s a choice every follower has to make (and renew almost daily) for the possibility is right there to be the one who will betray, deny or abandon Him. To forget all that He has said.; forget all that he has done.

Jesus’ prayer isn’t simply out of loving concern for us individually, but also because of the effect we have on one another. Which is why he commands us to celebrate the Eucharist together “DO THIS IN MEMORY OF ME” – every week. We aren’t here on Sunday morning to somehow appease God… We are here to receive the very life of God, to receive Jesus body and blood – and to become His body to be there for each other. We need one another – we need to support one another and to be Christ for one another and one of the essential ways that happens is when we come together around this Altar.

For if it’s understood or accepted that being a citizen of an earthly city (like New York) can make people so unsensitive and so uncaring that a death of a neighbor isn’t mourned but seen as an opportunity to get a better apartment (at a cheaper rent) – then perhaps the opposite is true…being together as God’s family, hearing His word, receiving His Body and Blood, can change our hearts, minds, perspectives too. Then Jesus’ prayer that our belonging to His eternal city will “do something”positive to you (and I) and the world around us.