Hi everyone, here’s my homily for the THIRD SUNDAY OF ADVENT – December 14, 2014 – the readings for today’s Mass can be found at: http://usccb.org/bible/readings/121414.cfm. Thanks as always for reading this blog, for sharing it on Facebook, Twitter and on the web (always surprised when I see the different countries people visit from) – and for your comments and feedback. God Bless – Fr. Jim 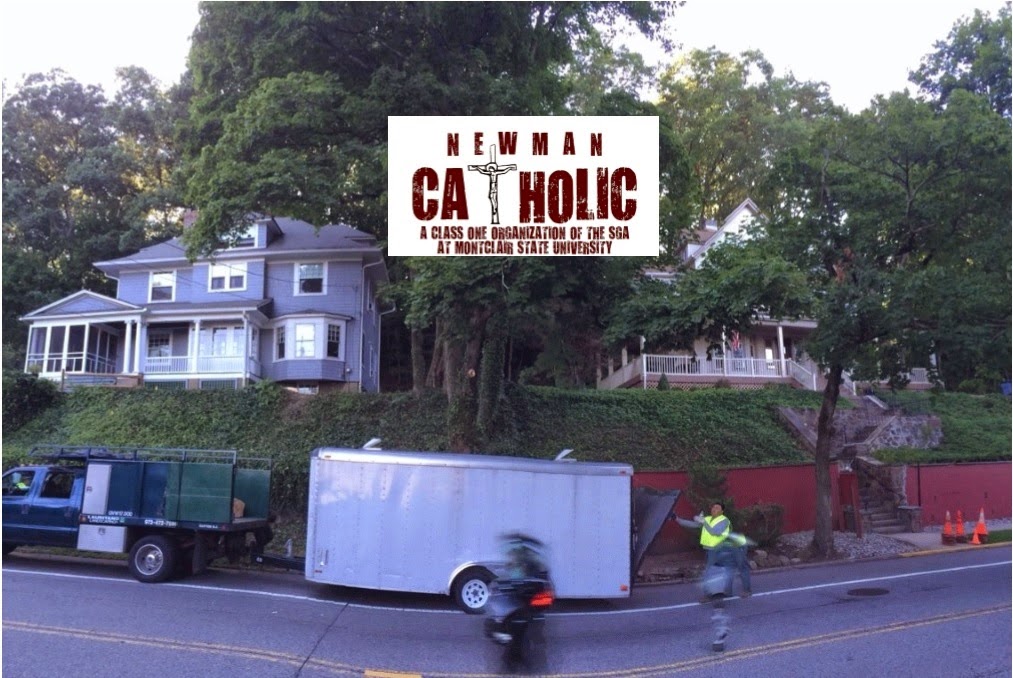 The last few weeks, police officers have been in the news a lot.  Often times those stories focused on tragic, terrible incidents that became national stories for weeks and months because some public or media figures learned a few details of those stories and for a variety of reasons, that range from the pursuit of noble ideals like examining what is “just” to far more sinister opportunists who seem to want to use these incidents to promote a particular agenda (or themselves). As a result, there’s been some decent debates; sadly a tremendous amount of stupid, lawless, criminal behavior and even more sadly, further division among communities and peoples of our great nation. 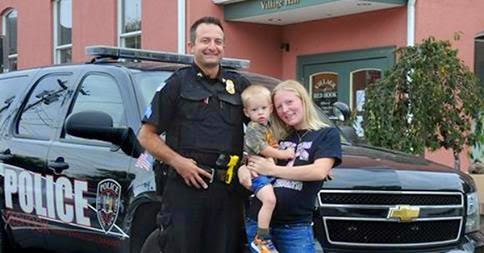 Another consequence of all this has been that the focus has been fixated on a few incidents and that other stories have been somewhat ignored. Stories that happen far more frequently than we would ever hear about in the national news.
Like Sgt. Patrick Hildenbrand.  A few weeks ago, this cop from New York thought he was pulling over a speeding driver. What he found was a panic-stricken father who was frantically carrying the seemingly lifeless body of his 22 month old son.  The boy had suffered a seizure, and collapsed. The father, obviously desperate, was racing to the hospital when Sgt. Hildenbrand came upon them and stopped them.

The 17-year veteran of the police force asked the father where he lived and knew they didn’t have time to wait for the ambulance. He knew he would need to take the father and son to the hospital himself in his Police SUV.  What he did next is what is even more remarkable. As he is driving with the lights and sirens going to get to the hospital, he simultaneously performed CPR on the boy in the backseat.

Yes, you heard that right. As he was driving, he was performing CPR on the kid at the same time.  As he explained it: “I reached my hand back here as I’m driving, moved my body over and started doing all the compressions and feeling for a pulse while I could still operate the vehicle.”  When they arrived at the hospital, Hildenbrand continued CPR while he carried the boy to doctors: ”The medical staff did their stuff and the baby started crying,” Hildenbrand said. The Emergency Room Physician put it simply: “I really don’t think this child would be here today if it wasn’t for those efforts.”

If anyone would seem to deserve the recognition of “Hero” it would be Sgt Hildenbrand. But, like thousands of other officers who encounter life and death situations on a daily basis, he is much more matter of fact about it in saying he doesn’t consider himself a hero:  “A lot of cops do crazy things to save peoples’ lives and don’t get recognized.”

Stories like that don’t absolve the few bad cops who do bad things.  But it should give us pause for thought and recognize how the vast majority of them do encounter life and death situations – situations that to many of us would be some of the most dramatic, vividly memorable days of our lives – but for the police officers it becomes routine to them that this one cop driving while performing CPR at the same time doesn’t really see it as being anything other than his job.

That’s not just true of cops. Being chaplain to the West Orange Fire Department, I know 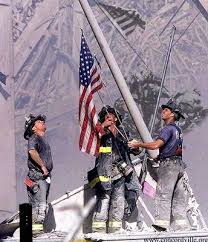 that’s very true of firefighters and the EMT squad. I come from a family of public school teachers, and I know that’s true of them – how my Mom and my brothers and sister in law all sacrificed more than any contractual obligation, not because they were being “heroic” but because they saw it as doing their jobs.  There’s something beautifully matter-of-fact about these and I’m sure countless other examples in which we so often lose sight because they are so matter of fact.

That’s what came to mind praying with this Gospel passage. No doubt some of you might have been thinking as you heard it, “didn’t we just hear this gospel last week? Did the priest read the wrong reading? Or -  Do they do reruns or repeats in Church? Because there’s a lot of similarities between last Sunday’s and this Sunday’s readings.  They’re both about John the Baptist; they both contain the quote from Isaiah about “the voice in the desert” calling people to prepare the way of the Lord. They both talk have John’s testimony about who he is and who he is not.

But there’s a very curious difference from last Sunday’s reading from the Gospel of Mark to this reading we just heard from the Gospel of John. The Jewish priests, the Levites go to John the Baptist and the gospel paints a scene that’s interesting. In the course of a few sentences you heard him being interrogated:

Are you the prophet???

What do you have to say for yourself??
To this somewhat unrelenting questioning, John the Baptist refuses to make himself out to be more than simply doing what he perceives as his job… Yes, it’s a divinely ordered job, coming from the Lord… It’s anything but routine. But John is amazingly matter-of-fact about it. He responds to there questioning: “I am not the Christ” – I am not Elijah – I am not the prophet.   Who is he? I am the voice of one crying out in the desert, ‘make straight the way of the Lord’.

His personal humility though similar to the heroic actions we see in our fellow citizens who serve us and consider it routine should only serve to underscore for you and I the importance of his job… the importance of His message.  The original listeners to John were arguing about who he was.  Some wanting him to be someone more than he was, or something he wasn’t.  Others worried he would undermine their exalted senses of themselves, their own personal agendas.    John the Baptist has none of that. He rebukes the temptation to exalt himself. He doesn’t let the others off the hook trying to ignore the message that God has put into his heart, his soul – being proclaimed from his mouth and lips, even thousands of years later.

“Jesus Christ is the Messiah, the Prophet greater than any prophet, the One who came to set all things right – he alone, and no one else. John had clear and distinct ideas about Jesus, do we?” (Fr. John Bartunek, The Better Part, p 798) 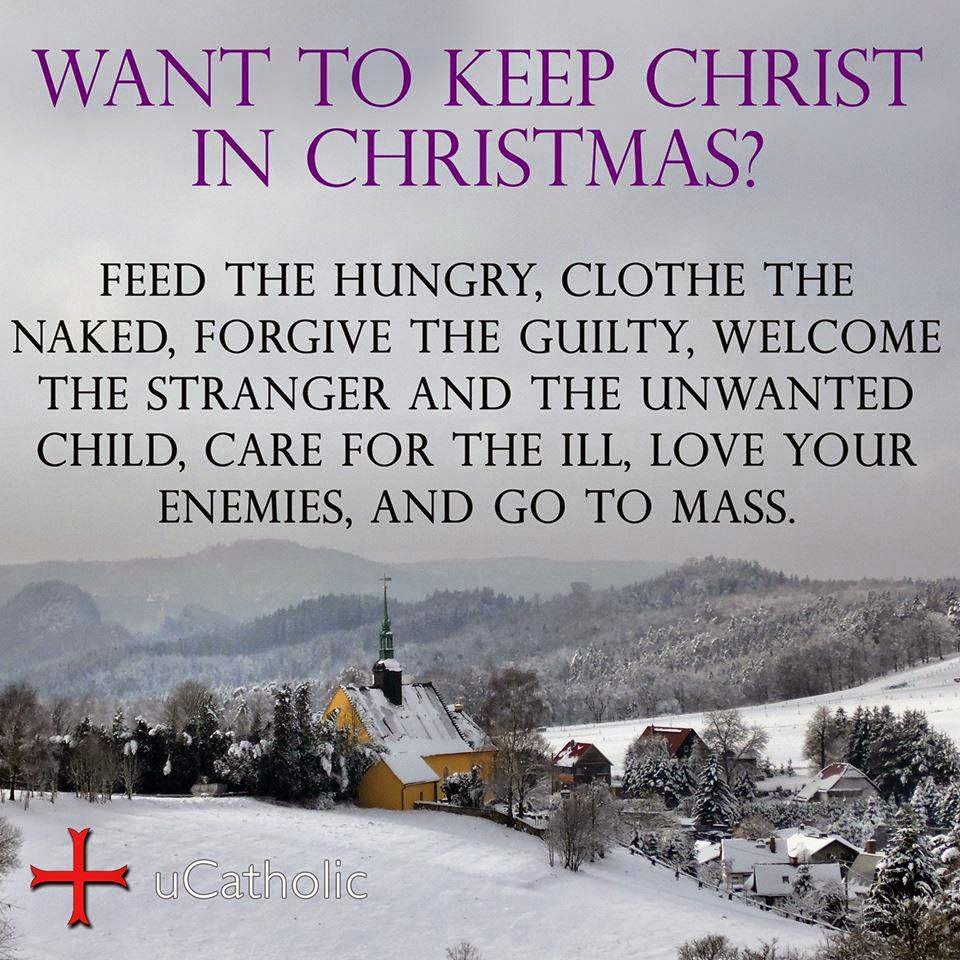 As Catholic Christians, with the countdowns continuing and sounding louder and louder to prepare for the celebration of Christmas with greater urgency, this Third Sunday of Advent reminds us of the importance in rejoicing in God our savior, and the importance of our jobs as Jesus’ disciples, to humbly “do our job” – an amazingly important one, a job that in some ways takes heroic efforts in our day and age, but one that we are called to engage in… To Prepare the way of the Lord once again. As one “meme” that floated around the other day put it: It is up to us to keep Christ in Christmas – how?  Feed the hungry, clothe the naked, forgive the guilty, welcome the stranger and unwanted child, heal the sick, love our enemies, come together as brothers and sisters at Mass.

In doing so, we may feel the continual pull of the world that we are “going the wrong way.” We are swimming upstream in a downstream world. It is not normal or natural to “do our jobs” as light-bearers for Christ, but people will notice the light and be drawn to it. We are not the light, but we carry it deep inside of ourselves. In doing our job, the Light will shine, sometimes in very dark places. When that happens, others will know that God’s presence is there for them. They will know His great love for them and understand a  little bit more not just about the specialness of a baby born over 2000 years ago; but the living, risen Christ, who is alive in our midst, and if we let him, alive in our lives as well.