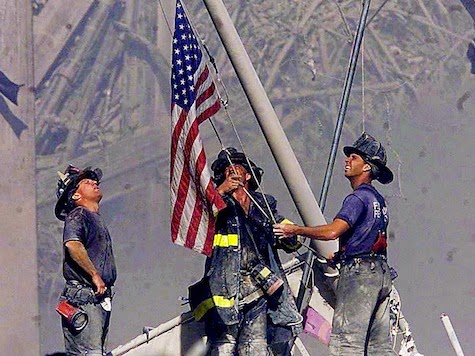 What got me choked up this morning was the kid–  who looked to be barely a teenager.  I had tuned into the September 11th Memorial on television and there he was up on the dais in Lower Manhattan reading the names of the victims – including his father – savagely killed by terrorists today 13 years ago.  As the names flashed by that I felt connected to – cousins Brett Bailey and Bobby Coll – who’s grandparents were parishioners of mine – I remembered being at their memorial Masses.  (We couldn’t have a funeral at the time since their remains hadn’t been recovered)  While a flood of memories and questions about both of their families ran through my mind, the image of Bobby’s baby son in his mother’s arms at that Mass is what really came back to me.  He’s a teenager by now.  Probably around the same age as that other young man reading names up there.

And that’s when I started to cry.
People like to say on September 11th “We will never forget” – but for some reason I find myself grappling with the reality that I can not ever forget.  As much as we as nation have adapted to what is a “new normal” in a post-9/11 world, which I suppose as human beings we do in every age after every tragedy to some extent — there will never be a day when September 11th will be somehow “normal” again.

It will forever be a day when I think of the brave men and women of the FDNY, NYPD & PAPD and their selflessness and sacrificial acts to serve their fellow citizens; I will think of my brother priest Fr. Mychal Judge, the Catholic priest, the Franciscan Friar and FDNY chaplain who was killed that day ministering to people at that tragic site who is listed as the first official victim of the 9/11 attacks in NYC; I will think of the victims — that seemingly endless litany of names that take over 3 hours to read each year who’s lives were robbed from them from evil people; and I will think of the families — and kids, like that teenager – who never got to know their mom or dad because of that day.

As I was looking on my hard drive for something, a homily I had to deliver a week after 9/11 (which I thought had been lost) I discovered… thought I would re-post it here.  That evening with over 1,000 people packing our Church and the silence of those 1,000 people gathered together are another vivid memory. 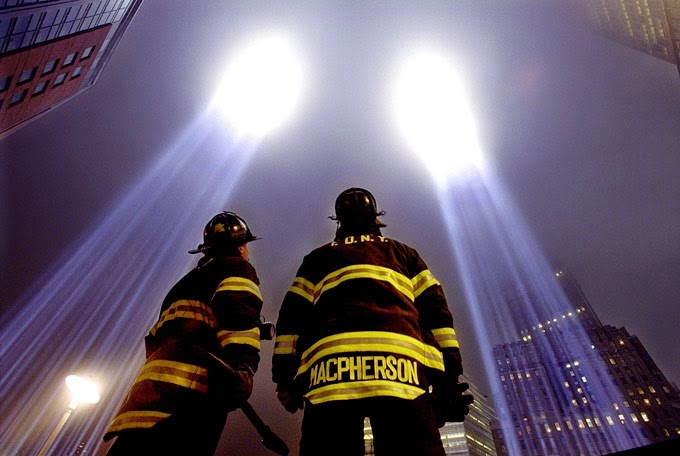 Eucharistic Holy Hour for Strength and Courage in Time of Sorrow and Trial
OUR LADY OF LOURDES CHURCH, West Orange, NJ 07052
18 September 2001
Fr. Jim Chern
HOMILY: A priest of the Archdiocese of Newark lost 66 of his former co-workers and 9 parishioners…  The rectory phone kept ringing yesterday giving us this list of 15 individuals from the thousands who are missing asking for prayers for this evening… The stories go on, and on and on…  They frighten us, depress us, enrage us.  This isn’t some terrible event that took place in an unknown country to people we have never met that we read as we thumb through the newspaper to which we could sit comfortably removed from.  This isn’t some horror movie that someone has come up with.  This is real.  This really happened, less than 30 miles from here, to people we know and love and care for and miss.  And so we are frightened, and so we are depressed, and so we are enraged.  And we have good reason to.
Because we are rational, logical, loving people.  We have a Faith that is rooted in Reason.  And what occurred a week ago today defies all those categories.  There was no rational, logical or loving thought that wreaked this havoc on us.
There is only one way to describe it: Evil.   What happened last week was evil.  The people who committed those atrocities embraced evil as a philosophy, evil as a theology, evil as a way of life.  As American’s, evil is something we rarely talk about.  Perhaps out of our concern of being judgmental, or wanting to give the benefit of the doubt.  And as such, we as a culture, as a church even tread lightly when the topic of evil comes up.  It’s true, myself included, that rarely is a homily given on Hell or evil.  Usually because as priests, our aim is to preach about things that are part of our normal experience.  And in the process, we have allowed ourselves to become numb to the presence of Evil.  Of the many ways we have changed since September 11th, the melting of that numbness is one.  We know evil exists.  We have seen it all too well.
There are voices inside each of us right now.  Voices that long for vengeance – Kill them.  Voices that want isolation – Get rid of them.  And as much as they are understandable, as much as they are shared by many people all at once, being here tonight, we know that we are rational, logical and loving people.  And so we cannot allow those voices to take hold of us.  We come here to remember the victims, we come here to offer our prayerful support the families and neighbors who have lost so much, we give thanks for the extraordinary efforts of men and women, our heroes, many from our own town, many who are here tonight who were part of that massive rescue effort, and we pray for our nation’s leaders as they plan th in the days ahead.
And because we have these competing emotions, competing voices, we realize that Love is the stronger voice.  It is Love that causes us to have this collective grief and mourning, because if we didn’t love, than the destruction of lives wouldn’t hurt us.  It is Love that makes us think of others as we pray for so many people that we don’t even know.  It is Love that is the stronger voice, it is Love that is the stronger emotion, it is Love that will conquer the evil that has invaded our society, it is Love that conquers even death itself.
For that is what it means essentially to be a Christian.  That crucifix, that visualization of Jesus suffering and dying on the cross is there to remind us of the atrociousness of what evil can do.  It can attack the most innocent of all.  But because God has the final say, because God wouldn’t allow death to mock him or his son, God raised his Son from the dead, and That Body of Christ, alive in our midst, exposed on that altar, proves to us what Love can do.
As American’s, we are being called to rally around the Flag, to unite as a nation.  Which is a good and necessary thing to do.  Christ calls us tonight to rally around his Cross, to unite as a people of God, and recognize our profound need for that Cross to expel evil not only from our midst, but in each of our lives, to quash the voices of vengeance and destruction in each one of us.