Hi everyone!  Here’s my homily for AUGUST 24, 2014 – the 21st SUNDAY IN ORDINARY TIME (given at Holy Family Church, Nutley,NJ)  The readings for today’s Mass comes from http://usccb.org/bible/readings/082414.cfm.  Thanks as always for your feedback and sharing this homily.  God Bless.

One quick commercial… our Newman Catholic Center had some phenomenal news recently… the Archdiocese of Newark purchased the house next door for our use!  Any help you can offer for our Summer Appeal, which is in it’s last days are GREATLY APPRECIATED!  – Read all about it at www.MSUNEWMAN.com 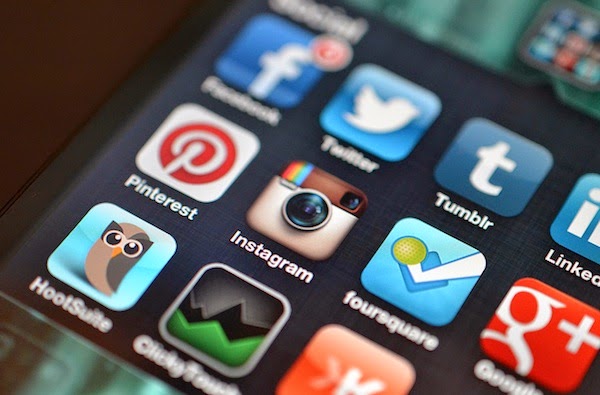 I have come to realize that social media has effectively evolved into mainstream.  That was underscored for me when my 70-something great aunt friended me on Facebook. Social media’s not just college students anymore!  Seemingly all of society is invited into this “family-like” culture of being on-line and sharing life.   It’s interesting to see how this internet-interconnectedness has changed our culture, how we relate or interact with one another,  even how it shapes opinions in both positive and negative ways:

– From the moment you log on to your computer, images and messages are flashed in front of you that invite you to “vote” or give your approval to something by clicking a “like button.”

– You no longer have to sit and write or type a letter to the editor with the hopes of getting published (and read).   Nowadays,   anyone can share their thoughts and feelings on any topic;   have friends, co-workers, family members or anyone else read them, “like” them, and share them with their friends with two quick clicks (even on something as convenient as a person’s phone now!)   and Viola! … very quickly you can become an opinion writer with your own set of fans.

With all of these realities, major media outlets have tried to utilize this new world of social-connectedness for their own purposes too. Whether it’s television shows, news programs, or print media, they ask viewers and readers to “like” and share their stories, post feedback on their pages or tweet a response to a story.

One by-product of this is that we seem to have become a somewhat poll-centered culture … you might say polarized literally and sadly figuratively as well.  That’s because we’re not just being asked our opinion on what type of topping you like on your pizza or who should be the winner to a singing competition.  People are being asked to give somewhat instantaneous responses or reactions to serious, complex issues.   Just this past week, you could have found polls following pretty provocative headlines and graphic images that would ask readers, viewers to vote on everything from:

– whether you think the officer involved in the shooting of the young black man in Missouri should be indicted;
–  has the United States done enough to stop the Muslim Extremist group ISIS;
–  what should be done at the US-Mexico border?  or
–  whether you thought officials shared too much or not enough details regarding Robin Williams suicide.

Those and countless other examples share something in common. For the most part, we only know part of the story, and depending upon what combination of facts, personal experiences or biases we hold —  those stories can raise very different emotions and opinions from people.   It’s somewhat unfair that we’re given a startling picture; some selective reporting and even a little bit of marketing involved followed by asking each of us (the viewers and readers) to react instantly to questions such as, “What do you think?” Major media companies have been using this to try to get people engaged (and driving up ratings).

But this poll-centered tactic not only gets people engaged, it can at times make them enraged; which is why our society, so interconnected seems so polarized as well.   Because the reality is we’re reacting, sometimes quite assertively and increasingly aggressively, to these controversial and emotional topics based on a limited number of facts.   That’s not saying that any one of us aren’t entitled to our opinions, to have emotional reactions to stories that touch us in different ways based on our life experience, and our personal perspectives. But I wonder if the overwhelming numbers of requests for our opinions has made us less humble, less open-minded to listen, to hear, to consider other people’s perspective.   It kind of numbs us from being more civil and thoughtful and instead fuels some of the anger and violence we’re seeing in more and more dramatic and frightening ways as a society.

While we seem to be experiencing this phenomenon of polls and polarization in real-time, with greater frequency and attention than ever before, in some ways it’s just expanding on something that isn’t such a new phenomenon:  In today’s Gospel, we can see how Jesus himself is quite a polarizing figure – and just like today, people have a whole variety of opinions about Him. 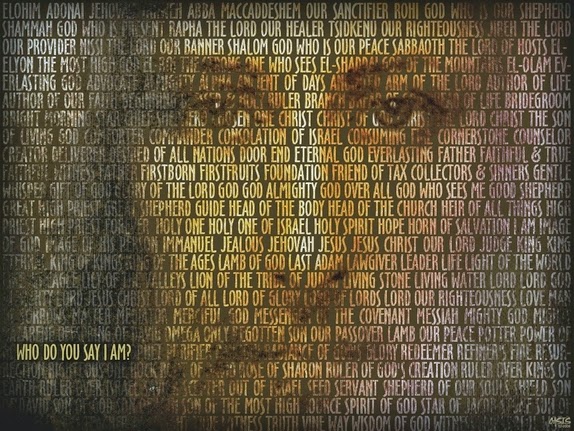 “Who do you say I am?” he asks his apostles. What’s the buzz, the chatter, the opinion of me on the street?  Being some of his closest friends, they probably omitted some of the less charitable responses that were being said of Him. But even the ones they state are pretty diverse themselves – some say John the Baptist – others Elijah – still others Jeremiah or one of the prophets.

You don’t have to be a biblical scholar to realize that each one of those names brings up extremely different expectations, perspectives. People were responding these ways based on some facts, some aspects of truth that they were able to piece together along with their own personal opinions.  So maybe someone had experienced a conversion by meeting John the Baptist; then after John’s gruesome, horrific death they had felt his absence and couldn’t help but see some comparisons in how people were having similar conversions upon meeting Jesus.  Perhaps that’s what made them think “he must be back from the dead.” Others, being devout Jews had learned of Elijah the prophet from their youth, a prophet who was incredibly bold in his preaching, who at the end of his life didn’t die, but was taken up to heaven by God in chariots and horses of fire into heaven.  Perhaps hearing Jesus’ boldness, they had convinced themselves this had to be Elijah returning from heaven…The point is that all   these different “votes,”    these characterizations,   these reactions   while understandable, don’t get to the fullness of the truth.

Only Simon Peter’s reply. “You are the Christ, the Son of the living God” represents the totality of who Jesus is.

What is striking to me though is how Jesus responds to Simon Peter though. “Blessed are you Simon … flesh and blood has not revealed this to you, but my heavenly Father.”   That’s so critically important because  facts, opinions, experiences, biases all have a piece of this mysterious puzzle of coming to know who Jesus is, but an essential piece of coming to know, coming to understand, coming to love Jesus is a matter of faith.   Simon Peter had to have had those beliefs stirring in his heart for some time.  He heard him preach, he saw some miracles, he had his own one-on-one personal interactions with him.   More than likely Peter’s friends, his family had heard and seen Jesus and had shared their opinions. And maybe they were divided into those different camps – John the Baptist – Elijah – Jeremiah – as well.

The realization “You are the Son of the living God” comes from the eyes of faith, and the depths of the heart.

The eyes of faith, and the depths of heart are able to siphon out the wildly different polarizing opinions that people were (and continue to) offer and fight about.

The eyes of faith, the depths of heart gives him the courage to make that declaration – probably while the head was still confused and would still wrestle with doubts and fears.

Which is why as Jesus raises Peter as our first Pope, the rock on which he will build the Church on, Peter remains an important figure for us.  Peter will go through his different moments of great success and great failures as He follows Jesus.  When the crowds and public opinion turns quite dramatically against Jesus, labeling him crazy, a radical, an enemy to the state, a blasphemer, all leading Jesus to the Cross, Peter will deny he even knows this Son of God.  Yet, when Jesus rises from the dead, and Peter is overwhelmed in guilt and shame, Jesus meets him in that place and is able to heal that failure, restoring his leadership as the head of His Church.

The eyes of faith, the depths of his heart would constantly allow Peter to encounter the Son of the living God no matter the twists and turns of life and public opinion would offer … eventually to the point where Peter no longer was swayed by them. That truth he uttered this one day would become the single most important truth in his life  that Peter himself would eventually lay down his life in testimony to: Jesus is the Son of the living God.

Perhaps as you and I leave this place and find ourselves bombarded with requests or opportunities to like, comment, vote, express our opinions on everything from the superiority of the NY Yankees to the NY Mets to National Security, we’ll pause for a second before we click and see it as an opportunity for some self-reflection. Is the energy and reaction I’m putting into whatever topic it might be really deserving of this response?  Particularly when we recognize there are more important things for us to our energy and thought to:
Like if Jesus was posing that question to me (Who do I say He is?), what would be my response?

That we might identify a gap between our experience, our beliefs, our faith right now and what we want it to be, to genuinely and sincerely call him and believe him to be the Son of the living God is fine. But the reality is to be able to make that claim, to get to a place where we testify that is what we believe and demonstrate by our very lives isn’t something that will be verified by a tweet, vote or simple click of a ‘like’ button.