Latest News
Home /Blog/LIVE FOREVER – with thanks to Oasis and, of course, Jesus

Today we celebrate the Solemnity of Saints Peter and Paul.  The readings for today’s Mass can be found at http://usccb.org/bible/readings/062914-day-mass.cfm.  As always thanks for reading, your comments and sharing this blog on all the social media sites.  I appreciate it!

OH – and a quick plug… please take a moment to check out the BIG NEWS  from the NEWMAN CENTER here at Montclair State and how you can help – Thanks for your generosity and especially all your prayers and support!  – www.MSUNEWMAN.com

Without college students around these summer months it seems safe to share a memory without the blank stares or the snickers they make reminding me that I’m older than them.

A couple of weeks ago, Amazon.com sent me a recommendation. Aren’t they thoughtful? They know my buying preferences (which is kind of creepy, but), they said “You might be interested in” and it was a “new” release from one of my favorite bands Oasis. Knowing that they had broken up as a band after the two brothers got into one of their legendary fights (again) a few years ago, I wondered if I missed the news they had gotten back together. Particularly since they’re a British band, they might not have gotten much attention this side of the Atlantic.

But alas, no… it wasn’t a new album. It was a special “re-master” celebrating the 20th anniversary of the release of the album “Definitely Maybe.” OUCH – College kids or not, that hurts! 1994! I was a Junior in college… It doesn’t seem that long ago – at all.

While that particular album isn’t my favorites of Oasis (that would be “What’s the story morning glory” – which I can listen from tracks 1-12 without skipping a single track) “Definitely Maybe” has one of my favorite songs from Oasis – “Live Forever”. 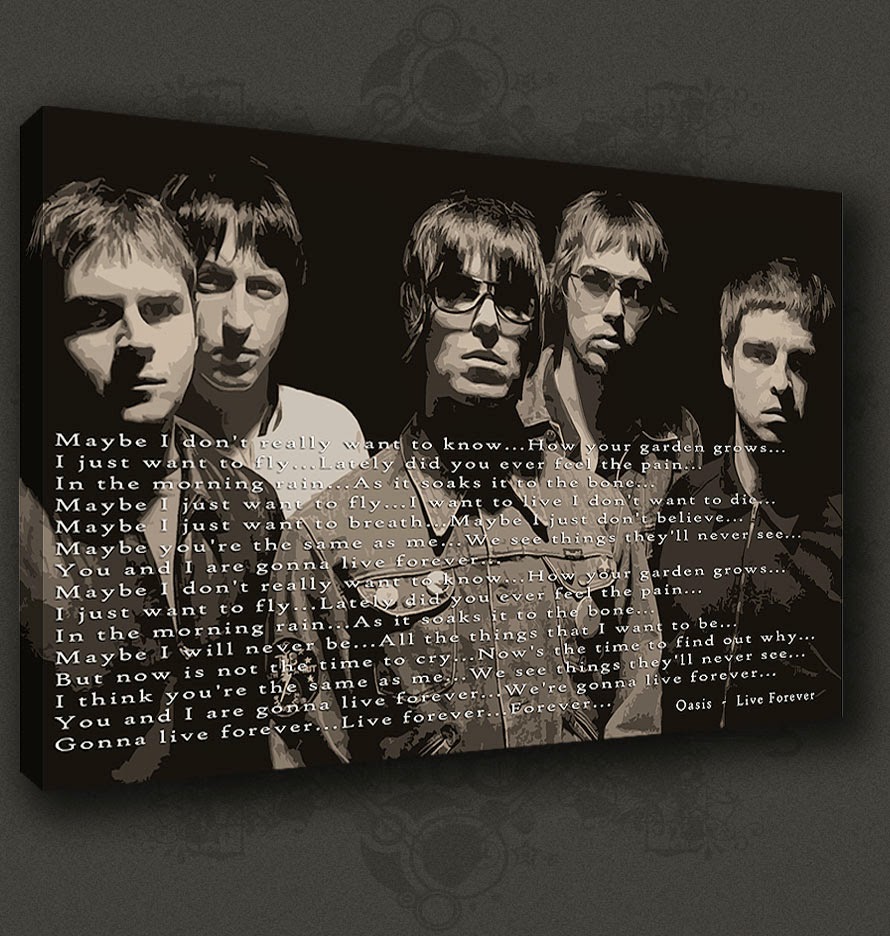 Maybe I just want to fly

I want to live I don’t want to die

Maybe I just want to breathe

Maybe you’re the same as me

you and I were gonna live forever

It’s a catchy song… The lyrics are somewhat vague on the surface. If you search online you’ll find different fans attempting to give an explanation or meaning to it. But you can also find the songwriter himself explaining his inspirations. Some of it’s about his mom, who loved to garden. There’s connections to their pop-heroes John Lennon and The Beattles…

But one of the main reasons for writing “Live Forever” was in reaction to what was the other top-hit of the time. Yes – those glorious ‘90’s – when “Grunge music” was the rock genre we all listened to – with one of the most popular groups being “Nirvana”. Oasis wrote “Live Forever” as a response to Nirvana’s “I hate myself and want to die”. I can’t directly quote Noel Gallagher the songwriter since he uses the “f” word like the word “the” and “and.” But basically he explained that while he was a fan of Nirvana and Kurt Cobain (the lead band member/song writer) he felt the last thing people needed to hear was such crap as “I hate myself and want to die.” And Gallagher couldn’t help but notice at the time something that people didn’t acknowledge till after Cobain’s suicide “how could a guy who had everything be so miserable about it?”

We’re gonna live forever
As a 21 year old entering into my senior year, preparing for seminary, I suppose that I still was drawn to rock music, but couldn’t find myself banging my head to songs moaning about the awfulness of life and wishing for death. However vague Oasis was, I could get on board with people who said “I think you’re the same as me – we see things they’ll never see – you and I we’re gonna live forever.” Oasis never imagined at the time that they were taking on some of the “legends” of the day and age – especially since this was their debut album. Nor did they realize they were being so defiant to a somewhat angry meaninglessness philosophy that so many grungers of that day and age were embracing (as they got stoned to try to numb the pain of that nothingness). And Oasis certainly never expected that “Live Forever” would remain one of their most popular songs – even a decade after it’s release it was named as “Greatest song ever” several times on different charts in the UK.

Driving around listening to this remastered CD (thanks Amazon) I kept thinking about these two saints whose feast day we celebrate today. Saints Peter and Paul in the first and second readings we heard today, they too were surrounded by a world filled with “hate” and “death”. King Herod we read in the Acts of the Apostles is getting kudos from the occupied Jews as he kills Christians which is why he imprisons Peter. Paul, in the second reading is writing to one of his young followers, a young bishop knows that his death by beheading is at hand. Both of them, two giants of the Catholic-Christian faith at a time where the young Church was ruthlessly being persecuted and it’s chances of surviving seemed bleak at best – are eventually martyred. But they were able to embrace that fate, were able to make this sacrifice knowing deep in their hearts and souls that because of Jesus Christ, they truly would “Live Forever.”

That is why the Church pauses every June 29th to celebrate (even when that falls on a Sunday) these two men together. The Church wants us to remember our roots. That the life, passion, death and resurrection of Jesus Christ was a universe-changing experience. That in following Jesus Christ, we see things they’ll never see – namely that the things of this world, of this life are meaningless if they’re not connected to Him… in fact life is meaningless if we’re not connected to Him. It’s only in being united to Jesus Christ that you and I are gonna live forever.

Peter and Paul believed that- and suffered and died as their testimony, their witness to this truth. How will we speak to a world that still beats its head along to the mind-numbing beat of “hating itself and wanting to die” – the glorious promise, the glorious future that because of Jesus Christ, we’re gonna live forever

You and I are gonna live forever