Hi everyone, here’s my homily for the FOURTH SUNDAY OF EASTER – May 11, 2014 – the readings can be found at http://usccb.org/bible/readings/051114.cfm As always thanks for reading, sharing and commenting on this blog… I appreciate it!


To all our Mom’s out there – Happy Mother’s Day! Especially to my biggest fan, supporter and avid blog follower – Love you Mom <3 p=””>
HOMILY: 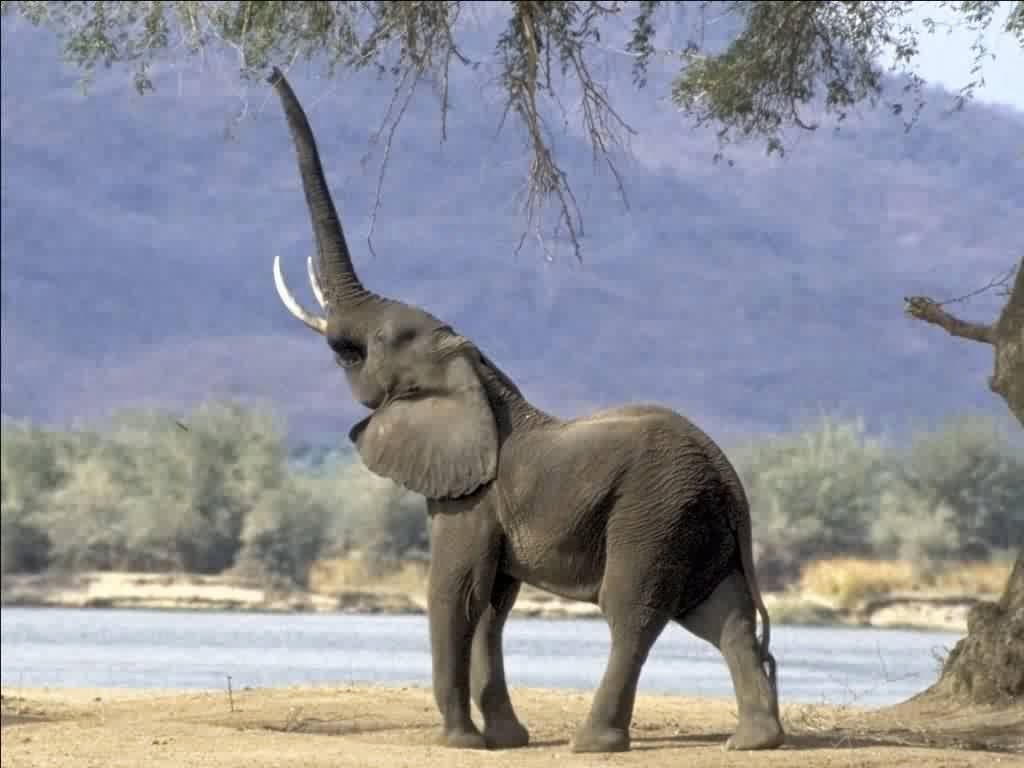 In 1986, a man by the name of Dan Harrison was on holiday in Kenya after graduating from Northwestern University. As he went hiking one day through the bush, he came across a young bull elephant standing with one leg raised in the air. The elephant seemed distressed, so Dan approached it very carefully. He got down on one knee and inspected the elephant’s foot and found a large piece of wood deeply embedded in it. Carefully, and as gently as he could, Dan worked the wood out with his hunting knife, after which the elephant gingerly put down its foot. The elephant turned to face the man, and with a rather curious look on its face, stared at him for several tense moments. Dan stood frozen, thinking of nothing else but being trampled. Eventually the elephant trumpeted loudly, turned, and walked away. Dan never forgot that elephant or the events of that day.

Twenty years later, Dan was walking through the Chicago Zoo with his teenage son. They approached a special exhibit featuring Elephants from Africa, and as they did, one of the creatures turned and walked over to near where Dan and his son Dan Jr. were standing. The large bull elephant stared at Dan, lifted its front foot off the ground, and then put it down. A few moments later, he did it again, lifted his one foot up and putting it down, all the while staring at the man.

Remembering the encounter in 1986, Dan couldn’t help wondering if this was the same elephant. Dan summoned up his courage, climbed over the railing and made his way into the enclosure. He walked right up to the elephant and stared back in wonder. The elephant trumpeted again, gently wrapped its trunk around one of Dan’s legs and then slammed him against the railing, killing him instantly.

Horrible joke – but it makes an important point about recognition – Who do we give attention to? Who do we trust? Recognition – is a recurring theme throughout the Easter Gospels. Throughout the season of Easter we hear how disciples, followers of Jesus don’t recognize Him when He is with them. Last week it’s the men on the Road to Emmaus – they’re walking and talking to him, but they don’t recognize Him. Earlier in the Easter Season, Mary Magdalene, after she sees the empty tomb, she’s is heartsick that someone has “stolen the body of the Lord;” when she does see Jesus, she thinks He’s the gardener and asks “where have you taken Him” – she didn’t recognize Him.

Jesus wasn’t wearing some disguise or something… Perhaps it was the memory of how Jesus last looked burned in their minds, the grief after having experienced his death, or the confusion of the moment of being the first witnesses to the resurrection – but whatever it was, they don’t immediately recognize Jesus in their midst. It’s when Jesus speaks and they are ready to listen that they finally are able to recognize that the Risen Lord is with them. For Mary Magdalene, it’s simply Jesus saying her name that reveals Himself to her. For the disciples, the words of Jesus come together in the Breaking of the Bread and then they fully recognize Him. 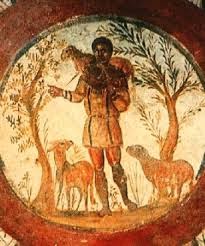 Which is why today’s Gospel, is such a beautiful Easter image for us to reflect on. Jesus talks of himself as being a Good Shepherd, with us being the sheep who hear His voice – they recognize His voice – they will not follow a stranger – because they won’t recognize the voice of a stranger. On the surface it seems kind of simplistic almost cartoonish of an image. But that’s because few of us have much experience with Sheep (or Shepherds for that matter)

Sheep and shepherds have an interesting dynamic. Sheep have this profound connection with their shepherd. The Shepherd recognizes, knows every one of his sheep- the one with the strange looking ear, that one with the cute face – the other one who’s bigger and fuller than the rest- He knows all of them – he knows when one out of 100 of them are missing. At night, during Jesus’ time, there would be three or four shepherds who’d put all of their sheep together in a pen while one of the shepherds would watch all of them, protecting them from thieves, or wild animals; and in the morning, the shepherds would call, and the flocks would split and follow their respective shepherd. They knew which voice to follow in order to find direction in life.

They recognized the voice of their shepherd.

That’s why Jesus uses that image to talk about Him and our relationship to Him. Because as self-reliant and independent minded as we try to fool ourselves, we have a lot of voices calling out to us to follow them… Do we recognize when they are leading us into danger, leading us astray, leading us to destruction?

The voice of a materialistic world that tells us to make as much money as we can, as fast as we can – we need things, lots and lots of things in order to be happy.

Then there’s the voice of the media with distorted images that make us obsessed with beauty and youth.

There are Evil voices out there, too, that call us to selfishness, self-centeredness and hatred.

How well do we know and recognize the voice of the Shepherd calling out to us to a full, abundant life or not? Because the voice of our Shepherd is different – it’s a voice of one who knows us, who loves us, who has demonstrated that love in laying down His life for us His sheep and protect us- who wants us to have life and have it abundantly – He calls out to us, too, especially:

When we obsess over loves lost;

when we lose our moral compass;

when we listen to our own voice, giving what we want precedence over the good God wants for us –

when we get lost and confused and frustrated. We start to wonder, where is Jesus, after all? Why don’t I hear his voice? What’s wrong with me?

It’s been said that the problem really isn’t that God has stopped speaking in today’s world. The problem is, we are making so much noise – generating so much ‘white noise’ with our addictions, our petty hatreds, our fears – that we block Him out – that we can’t hear the saving message He is constantly, relentlessly, lovingly sending us, everyday.

The voice of Christ still calls out to us, above our desperation and our fear; to guide us, to support us, to spur us on to this abundant life He’s called us to. It’s up to us to carefully discern who’s voice are we listening to? Have we mistaken comfort for fulfillment? Are we substituting glamour for true beauty? Are we foolishly embracing something destructive that looks kind of familiar that is slowly wrapping itself around us ready to smash us, and destroy us – a devil in elephants clothing if you will? Whatever the case, Jesus the Good Shepherd is calling us to hear, to work, to listen to His voice calling us to a path of what is real, and lasting and of God. May we have eyes and ears ready and attuned to recognize Him.