Hi everyone – here’s my homily for the FOURTH SUNDAY OF LENT – March 30, 2014.  The readings for today can be found at http://usccb.org/bible/readings/033014.cfm.  As always, thanks for reading, your comments and feedback and sharing this on Facebook, Twitter and Reddit.  Grateful for your interest.  Hope that your Lent is being productive!  God Bless – Fr. Jim

How much do you hate it when you hear someone say “Oh, you missed it…”?

Back in 1998, I was at the World Series, Game one, New York Yankees vs San Diego Padres – It’s the first World Series game I’ve ever been to in my life. The Yankees are down, 5-1, they’ve had a bunch of opportunities to catch up and blown them all.

I think it was the 6th inning when the friend I was with had to excuse himself after having few “beverages.” That happens to be the moment when Short Stop Chuck Knoblauch comes up to the plate and cracks a monster grand slam home run that sets the stadium absolutely shaking and ties the game.

The one thing my buddy didn’t want to hear, after waiting over two hours in traffic to get into the Bronx, another hour of pre-game nonsense and non-stop introductions of players, bat boys, waterboys, watching the Yankees trailing for the entire game; then being on line for the bathroom, and then hearing Chuck Knoblauch’s grand slam home run from the announcers on the radio broadcast being aired inside the stadium – the one thing he didn’t want to hear from me when he got back to his seat was “Oh, you missed it!” YOU THINK????

That could be anything though, couldn’t it?

You miss that dinner out with a group of friends at Sams Place and they’re still laughing about something that happened and they try to explain it to you saying you just had to be there – “Oh, you missed it…” 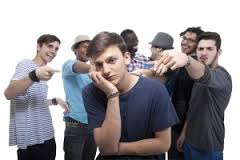 Or your working late or class gets out late or you have a late appointment so you tell some of you’re friends that you will meet up with them at some place in the City and when you get there they say “Oh, you missed it” – Jimmy Fallon was just here and we took a selfie with him…

It’s frustrating, to say the least… And in those cases, it’s not like there’s anything we can do about it – Things happen and at times we miss whatever the it is: There are times we need to “excuse” ourselves after having a few beverages; other commitments might have prevented you from being able to go out with your friends; and how were you to know that if you had skipped that class or cancelled that appointment that you might just bump into a celebrity? Frustrating, but there’s nothing you can do about those missed opportunities.

What’s worse is when you made the deliberate choice to forgo something and end up missing out on something. “Hey, you in for this week’s lotto pool?” – Nah, we never win, I’m going to skip on it this week – and the next week there’s the picture of 20 office people with one of those giant checks… 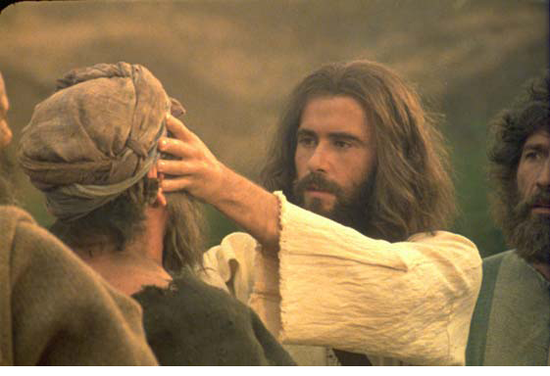 Today’s Gospel is an “Oh, you missed it” story. But the difference is, the people choose to miss it. We hear in this story about this guy who’s been blind from birth. And Jesus cures that. That’s a pretty big deal. That’s a pretty big story. That’s something incredibly significant. And yet, of the 110 lines or so that this passage runs, the entire miracle is about 5 lines and the remaining 105 is all about how people miss it.

– They miss it because they want to debate Why the guy is blind -debating that either his parents or the guy himself must have done something wrong that resulted in his blindness (in case you missed it – Jesus says it’s neither; we don’t have a vengeful God who punishes people with a disability because of someone’s sin)

– They miss it because they think God has to operate by the same rules they’ve been commanded to – that God can’t cure on the Sabbath, because we’re not suppose to work on the Sabbath (they seem to have a pretty high opinion of themselves putting themselves on the same level as God).

– They miss it because they refuse to consider that Jesus Christ is who he says he is -the Messiah they supposedly anticipated but were blind themselves from seeing. That the Messiah was more than just a king, He was in fact God himself – the Son of God…

– They miss it because in their desire to prove themselves right – they want to intimidate the man who Jesus had opened his eyes and his parents from speaking the truth about the miracle that Jesus had done; what God had done for them.

And this isn’t about giving Jesus credit for healing this man.

It’s about seeing that God does work miracles in our lives.

It’s about seeing that God is active in our lives.

It’s about seeing that Jesus wants to touch you – every single one of you and heal whatever blinds you from seeing and feeling and knowing how much God loves you and I.

Because the thing of it is, if we miss that, we miss a whole lot.

I can’t get that line out of my head from that first reading – Samuel is looking for the new king of Israel. He sees a guy Eliab, one of Jesse’s sons, he looks kingly – like he would fit the bill and God says – NOPE – Eliab’s a nice guy – but he ain’t the one. Why? Not as man sees does God see – because man sees the appearance but the Lord looks into the heart.

We should write that down and look at that every day. God’s not some disinterested creator who set this all in motion and watches us with some sense of amusement (like we’re his entertainment) God loves you. Jesus walks with you and is calling each of you to something – something unique – something special – something he put into your heart the moment you were conceived.

What is holding us back from truly seeing that? How is it we’re missing that?

Jesus loves us so much, that he’s not even waiting for us to ask for the cure to our blindness – he’s offering it to us. He’s telling us if we believe in him as the Son of Man, we will have a new vision. We will be able to see how God is present to us and how that can change our vision of things; change the path we’re on; transform the gift of life we’ve been given.

Because the last thing we want to hear at the end of our lives is Jesus saying to us “Oh, you missed it”