Latest News
Home /Blog/HOW JESUS LOVES US
Hi everyone, here’s my homily for the THIRD SUNDAY OF LENT – March 23, 2014. The readings for today can be found at http://usccb.org/bible/readings/032314.cfm
As always, thanks for reading, sharing this blog on Facebook, Twitter and Reddit – and your feedback and comments. God Bless – Fr. Jim 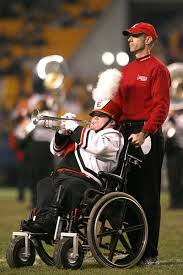 A couple of years ago there was a story about a very remarkable young man that’s one of the most inspirational stories I’ve ever heard. It’s about a guy by the name of Patrick Henry Hughes who was born with severe physical abnormalities. He was born without eyes and was unable to fully straighten his arms and legs which left him incapable of walking.   For his entire life he has been blind and confined to a wheel chair.   Despite these so called “handicaps” he’s become a gifted musician – able to play the trumpet (participating in a college marching band for the University of Louisiana) as well as play the piano.


When an ABC reporter went to interview Patrick and he offered to play the piano, as his father rolled his wheelchair up to the baby grand, the reporter confessed he had low expectations.  The reporter thought to himself, “This will be sweet. He has overcome so much. How nice that he can play piano.” He was awestruck, however, as he described what happened next.  ”Then Patrick put his hands to the keyboard, and his fingers began to race across it – the entire span of it, his fingers moving up and back and over and across the keys so quickly and intricately that my fully-functional eyesight couldn’t keep up with them. I was stunned. The music his hands drew from that piano was so lovely and lyrical and haunting, so rich and complex and beyond anything I had imagined he would play that there was nothing I could say.”

What made this possible wasn’t simply Patrick’s determination but also the love and selflessness and dedication of his parents.  They noticed at age 9 that he had a gift for music, so they got him piano lessons, then trumpet lessons – they kept finding creative ways to assist him to hone these gifts. So much so that by the time he got to college, Patrick’s father would be working nights just so he could attend classes with his son (to take notes for him) as well as go to band practice where the father would be learning the choreography necessary for those elaborate marching band moves.  On game day during the half-time show, there they were, father and son, on the field doing the routines. In the meantime, his mother would work full time to help support the family which includes two other children.

The whole story was moving on so many levels. Patrick’s drive, his spirit, his outlook; where he smiles at ths camera and says somewhat matter-of-factly,  ’God made me blind and didn’t give me the ability to walk. I mean, big deal. He gave me the talent to play piano and trumpet and all that good stuff’ – that humbles me and embarrasses me when I think of how often I complain about different limitations or struggles I encounter in my own life.

But equally as touching is the selflessness, the sacrifices, the love of his parents. While I don’t have any children (at least not biologically – spiritually, as a priest, I do, which is one reason we call priests ‘Father’) I’ve been blown away seeing how my brother and sister in law try to juggle the demands of three little ones… As well as a bunch of my friends as they’ve had their children as well.  And in all of those experiences – their children never leave their minds and hearts for a moment. For Patrick’s Mom and Dad when they realized they were facing these added challenges when he was born, they remember asking, “Why us? What did we do that this happened to us?”  Now over 20 years later, they still ask themselves those questions. Only now, they explain it this way; ”We ask the same question . . .but we put it in a whole new light. . .’What did we do to deserve such a special young man, who’s brought us so, so much. He sees the world in a way that we can’t even imagine…”

You can’t help but be in awe of that kind of selfless love where nothing else matters but their children. That whatever obstacles, whatever challenges Patrick faced, they wouldn’t give up on him… no matter what.  And so when playing instruments becomes a passion of his, and he wants to play with the band… they find a way so that he can experience the joy of being a part of that community, making tremendous music and inspiring the rest of the world around him.

One of the amazingly special things we learn through the scriptures, and in a particular way with tonight’s Gospel is that is precisely how God loves us.  So often, whenever I’ve read this story about Jesus’ encounter with the Samaritan woman, my attention has always been drawn to her and viewing it from her perspective . But this week, I kept finding myself drawn to Jesus.  And one of the things that stood out for me was that at the beginning of this story, we hear that Jesus was physically tired and hungry. St. John casually sets the stage that, “Jesus, tired from his journey, sat down there at the well.”  Later we learn that the disciples had left to go into town to get food and provisions and the first thing they were concerned about when they returned was his physical hunger “Rabbi eat” – and when he responds negatively to fulfilling that human need, they wonder, “Could someone have brought him something to eat?”

But what changed in Him occurred during the interaction with the Samaritan woman – very beautifully Jesus says that his hunger has been filled, his energy has been rejuvenated in doing “the will of the one who sent me and to finish his work.”  What is that will? What is it that God has sent his Son into the world to do? What does this reveal to us about God?

Namely, that in Jesus Christ, we find God’s selfless love for us. That nothing matters more to God than us – his children – and that whatever obstacles, whatever challenges we’re faced with - He never gives up on us – no matter what. For the Samaritan Woman, who’s been with 6 different men, who’s experienced the pain and shame of these broken relationships; the gossip of neighbors, the judgmental glances of townsfolk which is why she’s drawing water at the hottest and most difficult part of the day (simply to avoid them) – she’s experienced rejection, isolation and loneliness. All of these things that diminish her and limit her ability to believe, to know that she is God’s beloved. 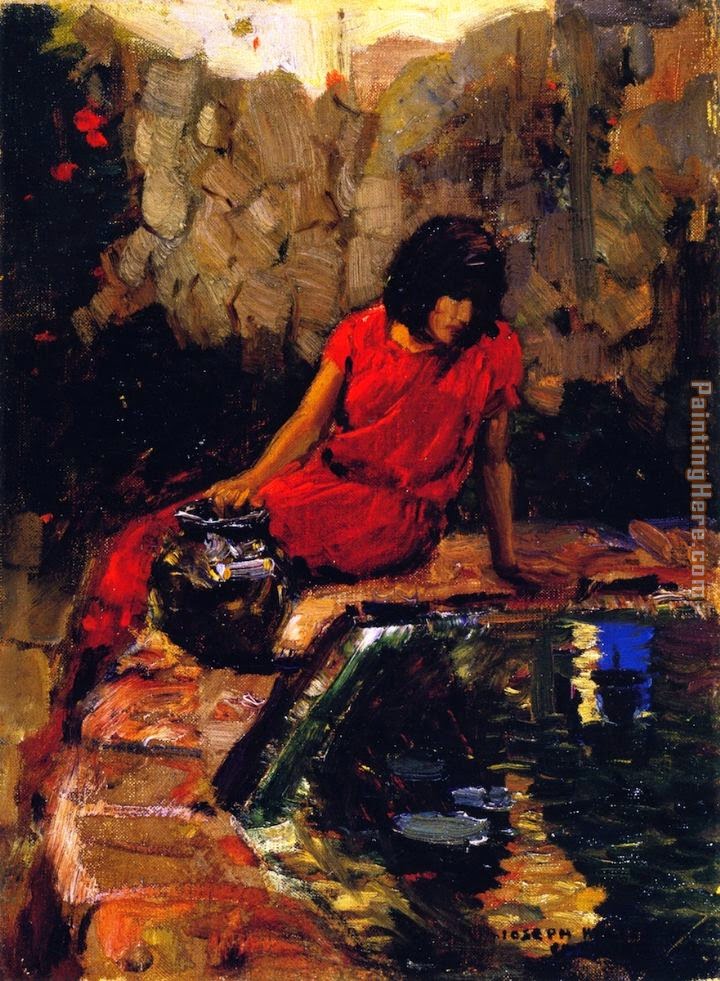 But God never stopped thinking about her. Pursuing her. Reaching out to her. Jesus was literally exhausted and hungering for her to know how loved how worthy she was, worthy of so much more than the life she was living already.

So it is for us. We may not have been married 5 or 6 times – but if we’re honest, we’ve gone down different paths we’re not too proud of, been frustrated in trying to find fulfillment in other ways than God’s ways. We may have been married to things, to pleasure, to honor, to power…Looked to different ideologies, politics, gurus for healing, satisfaction and contentment – not only finding they leave us still lacking something inside, but possibly even leading us astray.

Whatever it is, reading this Gospel, I imagine Jesus still waiting for us… Pouring out his very self for us… Hoping that those merciful eyes of his will finally catch ours that so often turn away in shame; that his loving words offering us himself – not just figuratively, but literally in his body and blood will not be seen as simply “enough” for us here tonight, but enough to fulfill every thirst that we’ve ever suffered from, every yearning, every desire.  That He will fill us up, raise us up, remind us of our own goodness and worthiness precisely because He made us good and found us worthy – He thought us worthwhile, more than worthwhile – to come and live and love and lay down His life for us.  Like the Samaritan woman, from this night forward, may our lives be dramatically different.  May they be His.